Should the cross-site link title conversion limit be increased on this site?

I noticed this answer which has seven links to posts on different per-site metas.

When typing up the post in the preview, the post renders just fine, and all the links render correctly as titles: 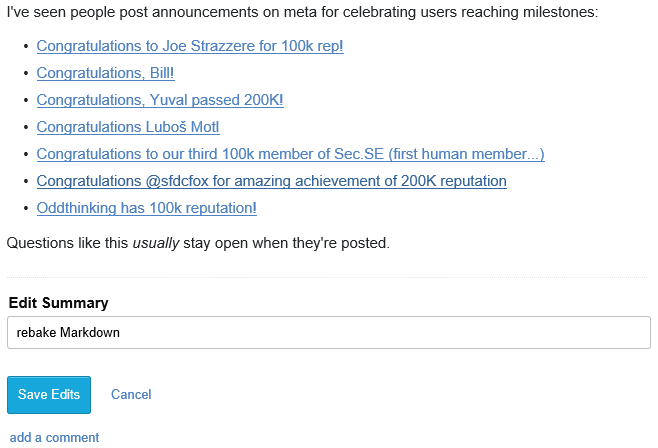 But in the published post, only the first five links render as titles: 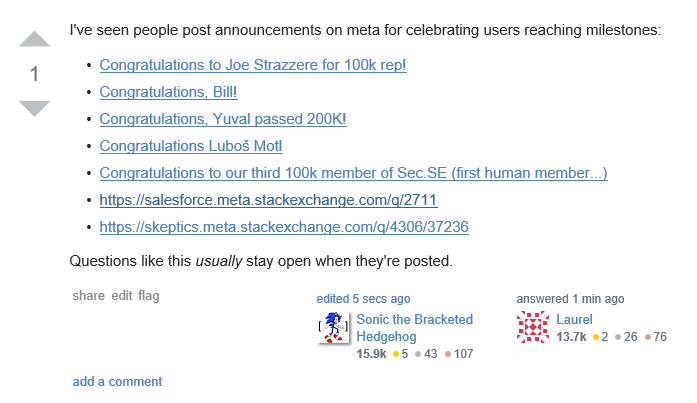 At first, I was going to report this as a bug, but while typing this question, I discovered this post which states that it's intentional that only the first five links render as titles, as only a maximum of five other SE sites can be linked to and have their link titles converted to question titles.

This is a known bug with the preview. (It might be possible that it doesn't even consider any limit, and also disregards the other limit of 200 links per site; can a 2k+ user on Stack Overflow in Russian please confirm to me if all the links in this post render as titles in the edit preview and update that other post?)

Given this example, however, I'd like to discuss whether the limit should be increased. Here on Meta Stack Exchange, I envision the possibility that there may be legitimate reasons to have titled links to more than five other sites. This site is the only one where it's possible to hit the limit; on other sites, only cross-site links to 1-2 specific sites can be converted (specifically links to the corresponding per-site meta on main Q&A sites, and to the corresponding main site and Meta Stack Exchange on per-site metas; this site is the unique exception, where links to all main sites and per-site metas can be converted).

Therefore, should the 5-site limit for cross-site links be increased? Should the feature request at the bottom of the other post be implemented? Are there a lot of posts here that link to more than five other sites such that it justifies increasing the limit, or is the post above one of a few unique cases? I wanted to query for this in the Data Explorer, but writing a query for this would be onerous due to its nature.

25
What limitations does converting question links to links with titles have?
5
How can a SE participant be congratulated in a big way?
17
Either fix edit preview display to render bare links to more than five sites just like the post renderer, or convert all links
5
Auto-rendering of links stops working after the fifth link ... or does it?

626
Formatting Sandbox
1844
Could we please be a bit nicer to new users?
317
Build and strengthen the Stack Exchange community with "crossover questions" between sites
2793
A Terms of Service update restricting companies that scrape your profile information without your permission
461
Network-wide HTTPS: It's time
496
Congratulations to our 29 oldest beta sites - They're now no longer beta!
2512
Firing mods and forced relicensing: is Stack Exchange still interested in cooperating with the community?
987
Firing Community Managers: Stack Exchange is not interested in cooperating with the community, is it?
583
We're switching to CommonMark
758
New Feature: Table Support