When purging all the comments under a too many comments flag, or too many answers flag (it probably does this for all posts) all the comments disappear (deleted) and it causes the box with the flagged post to jump up the screen - as the div height is drastically reduced. This means scrolling up to find the post to mark the flag as done. 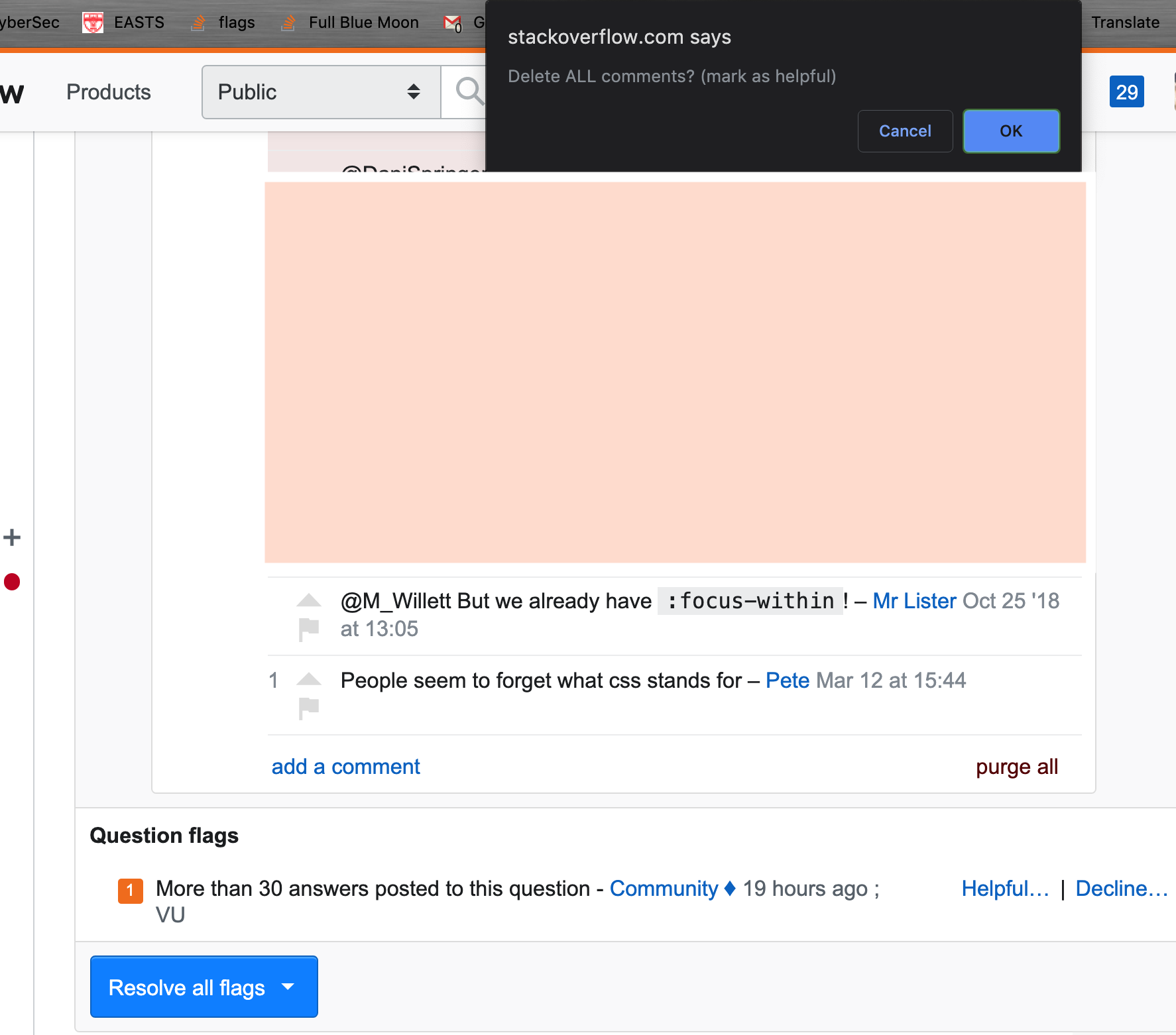 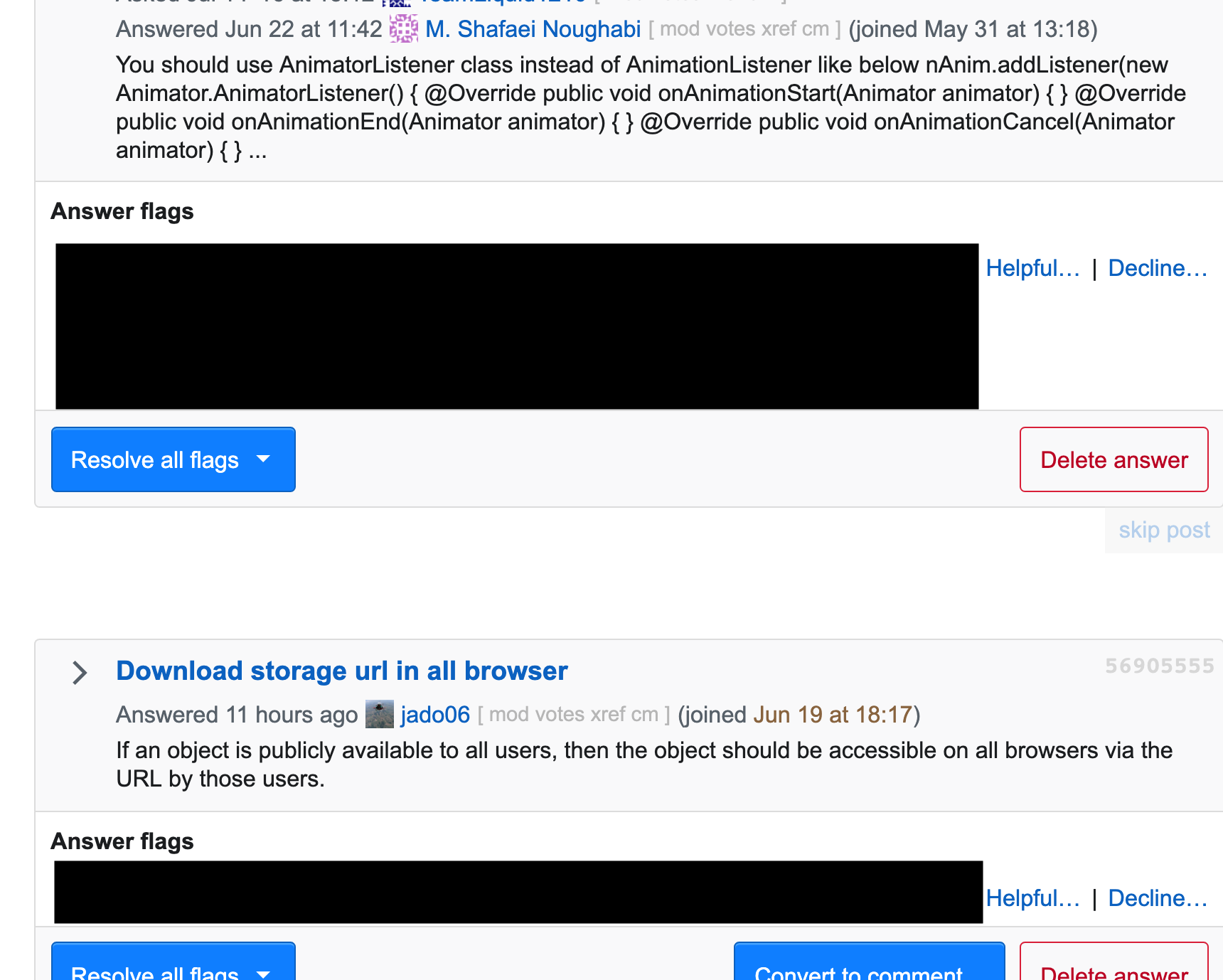 The flagged post when I found it after the purge - as the flag hasn't been handled.

Can we somehow keep the UI focused on the actual box that we're dealing with until the flag is dismissed?

On a web browser, large screen.