When today I connected to the chat (SOes) I saw that yesterday I was suspended 30 minutes for 'inappropriate content'.

I clicked on the notification and I saw the flagged message, it was this: https://chat.stackexchange.com/messages/51109359/history https://isabellasradblog.files.wordpress.com/2015/09/adios-momma-jaeger.gif

I understand that someone can get annoyed by that gif even if I don't consider it inappropriate.

Is this type of content inappropriate or not? Movie/Anime scenes, songs that containt violence should not be tolerated?

First, it should be noted that the code of conduct notably does not have specific guidelines regarding gratuitously violent content, and it is largely couched in terms of interpersonal relationships. The generally prohibited categories are "No name-calling or personal attacks", "No bigotry", and "No Harassment". Additionally, the acceptable use policy prohibits "Sexually Explicit Content" but states nothing about violence in particular.

I am not going to advocate that anything goes in regards to violence, but at the same time we really need to strike an acceptable balance here. We want the chatrooms to be as hospitable of a place as they can possibly be for everybody. If we are not censorious enough we risk driving away some members, and if we are too censorious we risk driving away other participants and render websites inoperable, because they are no longer a place where people can function to seriously discuss serious subject matter due to fear of hypersensitivity.

As a general rule of thumb, I think the best way to achieve this balance is probably to be aiming for website content that is on the highest level of violence or eroticism that would generally be considered acceptable for even our youngest prospective members members to view.

In order to comply with The Children's Online Privacy Protection Act of 1998, the Stack Exchange network's Public Terms of Service has an age eligibility section which requires that all members be at least 13 years old, which is convenient enough for us because this represents the lower limit of M.P.A.A. and E.S.R.B. age rating categories such as P.G. 13, or T for Teen. Somebody being eaten alive actually is not so big of a problem if we go by that rule.

Testing the image by that level of acceptability this image is a borderline case. In some respects it is better. The age ratings for the show this particular image is from, Attack On Titan, range from the lower teens to the upper teens depending on the region. We also do not actually see the person being bitten at all. You could argue that this is strawberry jam or ketchup.

Jurassic Park is rated P.G. 13. We do see dinosaurs eating people in that film, and even see their bodies in their mouths being shaken around.

However, what we do not see in Jurassic Park is people bitten all of the way through, and shedding unrealistic levels of bloodshed. The amount of bloodshed in this image is probably its biggest problem, and probably pushes it past the general acceptability threshold. This amount of blood is disproportionate to the injury being inflicted, even in consideration of the injury's fatal nature: This makes it a highly gratuitous example, and it is more comparable to, or even in excess of, what we see in the Mortal Kombat games.

Mortal Kombat is a useful comparison because it stirred quite the controversy for the amount of violence it depicted upon first release), and one of the things Nintendo did in order to render it acceptable for the platform was change the red blood splatters into grey "sweat", which caused some color pallet problems. Eventually, the E.S.R.B. was founded as a result of the controversy, and while future Mortal Kombat games would be released uncensored, they have traditionally received the M for Mature rating, meant to mark games as only being acceptable for ages 17 and up, rather than the T for Teen rating. Mortal Kombat 3 for the S.N.E.S. and Sega Genesis is rated M for instance. In that game it usually looks like there is a pint of blood gushing out of the character with every high punch/kick shown in those games. Meanwhile, other fighting games like Street Fighter II which show realistically bloodied faces on the game continuation screen squeak by with a T for teen rating.

Granted, Mortal Kombat's problems extend far beyond the amount of blood shown in combat, so it is hard for me to say if the game would have been rated T if it were not for the fatalities but insofar as uncertainty goes, it is better to err on the side of caution. Under the bigotry provision of the code of conduct it says "When in doubt, just don't", and while strictly speaking violence is not the same as bigotry, it speaks to the proclivities of the Stack Exchange community, which I feel are overall more sensitive than most other websites, and is generally good advice anyway.

However, it should also be noted that there should be exceptions where we should be able to the stretch the boundaries somewhat, if there is good reason to believe that the type of content shown would be considered generally acceptable by prospective visitors of a room. Personally speaking, I think that sort of image would be acceptable if shown at Anime Stack Exchange, out of consideration of a couple of factors.

The first is the fact that Attack on Titan is one of the more popular shows which is relevant to our particular field of interest, meaning that most of the people who might come to visit have already seen it, and that sort of content would be considered more acceptable amongst anime enthusiasts in general. I would suggest that we risk alienating more users there than we stand to gain with the more censorious approach. We should have some leeway for room culture when there is not a blatant code of conduct or terms of service violation.

More importantly, Stack Exchange is meant to be an academic website first and foremost, and there are some allowances to be made for relevant subject-matter. At English Language & Usage Jeff Atwood noted that we may do as we see fit in the body of a post with respect to offensive language, but that offensive words should be censored in titles so that the general network is not exposed to it. There were further guidelines, although I think those were in now deleted comments. The point of that was not so much to abrogate the Code of Conduct/Be Nice policies, so much as to allow us to analyze words on an as needed basis.

What is and is not acceptable on a more local basis with respect to a given domain's subject matter should probably be left to the more local meta-websites to determine, unless the network as a whole is somehow involved.

Yes, this can be considered inappropriate on most Stack Exchange chat rooms.

Anything showing blood (or other bodily fluids) can be inappropriate, even if not showing actual people.

To some extent - well, depends on context and practically how folks react depends a lot on the room culture.

You had a few things that probably didn't work for you. Firstly - without context (and for anyone not spanish speaking, we have totally no context), that is a tiny bit disturbing. It might have gone unremarked in say, a chatroom on anime (I recognised that is probably from attack on titan?) and we'd have more folks who would get the context in english.

And honestly? any 10ker or mod could have chosen to validate the flag. Someone clearly felt it was at the very least out of place.

It can be said to be arbitrary, but in a shared social space - it pays to be mindful of the folks around you precisely to avoid this sort of situations.

Especially amoungst friends, well, we can be a little insensitive, and a bit oblivious sometimes, and folks can be too polite to say something's disturbing directly

So, more than one person found it disturbing enough.

And unfortunately if we can't moderate chat ourselves - by folks actually stepping up and trying to let folks know something dosen't belong, sometimes folks are going to step in.

Practically, if you're going to literally go "this is rated for these ages" and work hard to justify something being acceptable... we're already on the road to nopesville

Yes, this is an inappropriate content for the chat.

The Stack Exchange Network and his communities are based in respect to others, please don´t make post that can be annoying for others considering you will be in a room with people from different cultures. Being a user in Stackoverflow in Spanish chat you must know that one word or image in the place where you live could have a different context and a gross meaning in other place of the world. 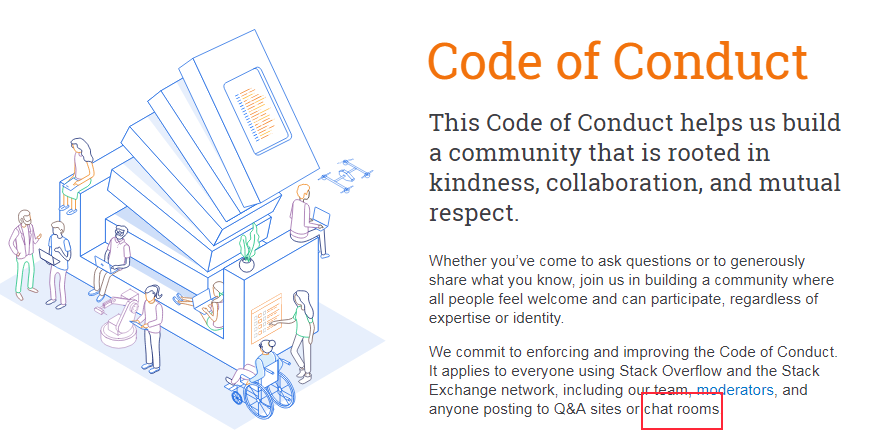 I have seen some images posted that intrinsicaly have meanings that are not allowed in some sites.

I suggest, please consider moderate the content of your posts and you will not have any problems in the chat, make friends and have fun but respecting others.