On certain tabs in your activity page, there is a number next to a post which is labeled as referring to the number of votes. For example, in the Bounties tab:

However, this is not quite an accurate description. The number displayed there is actually the post's score, rather than the number of votes that the post has. In the above example, it says that there are 8 votes, but if we open the question we see that there are actually 10 upvotes and 2 downvotes for a total of 12 (not 8) votes: 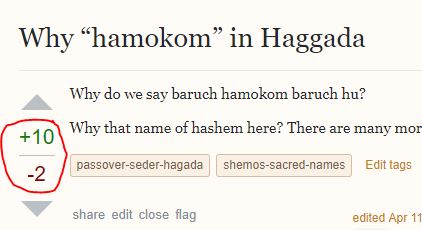 The same issue exists in the Questions tab. For instance:

Here the display tells us that the question has -2 votes. Aside from the fact that having a negative amount of votes is impossible, when we open this question we find that it actually has a whopping 20 votes: 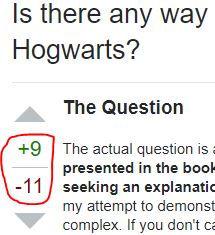 The Answers tab has an additional twist. Here there is a hover text that explicitly states that the number displayed is the total number of votes on the answer:

Yet once again this is entirely inaccurate, as opening the answer shows that there are actually 32 total votes on this answer: 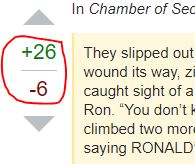 Can this be implemented?

1226
Encouraging people to explain downvotes
401
Add a way for moderators to cast a normal, non binding close/open vote
258
Reset votes on migrated questions
419
Decision on rejected edits should be displayed as a notification to the editor
74
Use "score" instead of "votes" in the list of questions
421
Add an "I don't understand" option for review audits
309
We're working on a new stat to help convey the reach of your posts here