Does Stack Exchange have the intention to become carbon neutral?

In this post on Sustainable Living SE a rough estimate was calculated for the carbon footprint of the Stack Exchange platform. It says that in 2018 their hosting company QTS used 32% renewable energy. Although this is higher than the average generated Watt in the US, it's a long way from the (almost) carbon neutral servers of Google, Apple and Facebook.

Are there any steps being taking by Stack Exchange to become carbon neutral? Is this a goal for the Stack Exchange organization? Or is there anything preventing the Stack Exchange company from making the platform carbon neutral? The amount of servers used for production isn't large, but still they could talk to their hosting provider and try to convince them to increase the amount of renewable energy faster. Also they could consider green hosting alternatives that are already using 100% renewable energy.

I'm merely a moderator, but its likely a simple matter of scale. SE has datacenters in New York and one other place I am sure someone will remind me of eventually.

Basically SE's primary site, as of 2016 looks something like... 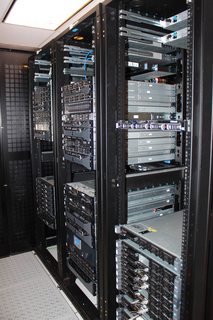 Lets compare this to one of google's sites here in singapore 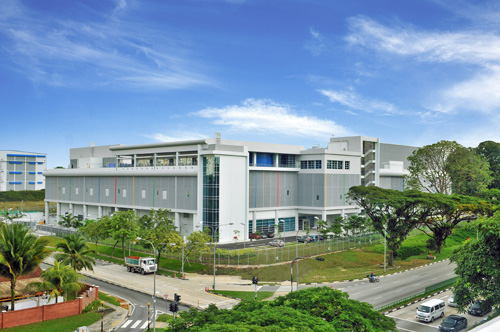 That's one of three. Its a regional hub. Google or Apple or AWS can literally design the entire datacenter from power, to cooling to specialised machines. SE buys servers from dell.

One of these companies can probably go "Hey! I would like someone to supply me artisan, hand crafted power, made from entirely sustainable sources".

The other has a setup that could fit into a bedroom, and is probably a small client for even a medium sized datacenter, even if they have outsized reach for their size as far as the tech/developer community goes.

Practically - finding a balance of trustworthyness, reliability and environmental friendliness is hard. I'll plant a tree to offset my (probably significant) contribution to SE's carbon footprint.

Stack Exchange is powered (metaphorically) by its users. A huge number of people who use this site are doing so using computers powered by fossil fuels. However, assuming you meant only the servers being carbon neutral, then it comes down to money. Fundamentally, there's nothing preventing the company from moving to a host which is entirely carbon neutral other than nothing being in it for them.

Unfortunately, in many places, datacenters run on fossil fuels are simply cheaper to operate. The fact that Stack Exchange is desperately trying to change its public image and putting intrusive ads on the website show that they do not have a surplus of money that they can toss at the environment. I would love if they went carbon neutral too, but I just can't see it happening any time soon.

It would be better to promote clean energy in general, rather than trying to get one individual site to do so.

Not the answer you're looking for? Browse other questions tagged discussion stack-exchange web-hosting .