To be clear, it is the text you would put instead of enter image description here in Markdown: 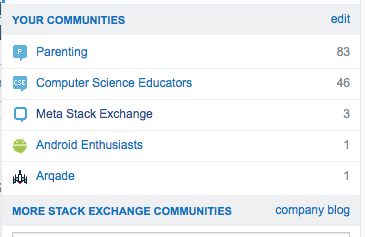 I posited a similar question to chat some years ago as I was finding myself creating somewhat elaborate bits of text to describe the picture in the eponymous thousands words or so. I was informed that that was bad form (screen readers sometimes read all of that text in an unskippable manner, and most people won't see it), so most of mine (on the SF&F SE) simply state what the image is (generally something like "Book cover for Captains of the Universe") and adding a mention of a salient cover feature if relevant (for example, if someone was looking for a "book about some space-travelers with a cover that had a lizard-man stepping on a woman's head", I might post that with alt-text of "Book cover for Captains of the Universe. Cover depicts a lizard-man stepping on a woman's head").

One thing to avoid is using the alt-text for image attribution, or identifying the source of the image. I did that for a while, and at the time seemed okay, but the info is of no use to anyone who requires the alternative text.

Where attribution info for an image should be stored, well that's another question entirely.

Not the answer you're looking for? Browse other questions tagged support images accessibility alt-text .

10
Use "Review your question" for something useful: Encouraging accessible images
728
Your answer is in another castle: when is an answer not an answer?
5
Logic behind automatically added SE-sites to 'YOUR COMMUNITIES'
6
Should transcriptions of text-based images be included (only) as alt-text?
5
Image descriptions are very rarely written in by users
5
Feed items in ticker feeds can get duplicated

720
How do I get attention for one of my own questions without a good answer?
26
Can we get rid of the default text "enter image description here"?
4
alt-text in images in keyboard tags
118
Roadmap to HTTPS: serving and uploading HTTPS-images only
20
Avoiding "enter image description here"
6
Should transcriptions of text-based images be included (only) as alt-text?
31
Stack Exchange policy on images and the visually impaired
79
"The Loop #2" contains inaccessible images with no transcription