Why can't I just offer a bounty for a question right off the bat?

Sometimes at work I have an immediate need to get an answer for a question. I have 3,000 points at my disposal so I'd like to just put a bounty on the question as soon as I post it to give it the highest possible chance of being seen. Why do I have to wait?

In Podcasts #26 and #34, Joel and Jeff talked about this. They didn't want a bounty to interfere with the 'normal' method of asking/answering questions. If you're allowed to offer it right away, then it has the potential to create an economy where people only focus on questions with bounties.

It's important to note that it's very rare (over 90% of questions are answered) for your question not to be answered. As far as getting it answered quickly, well that depends on what time you ask your question (All times UTC). 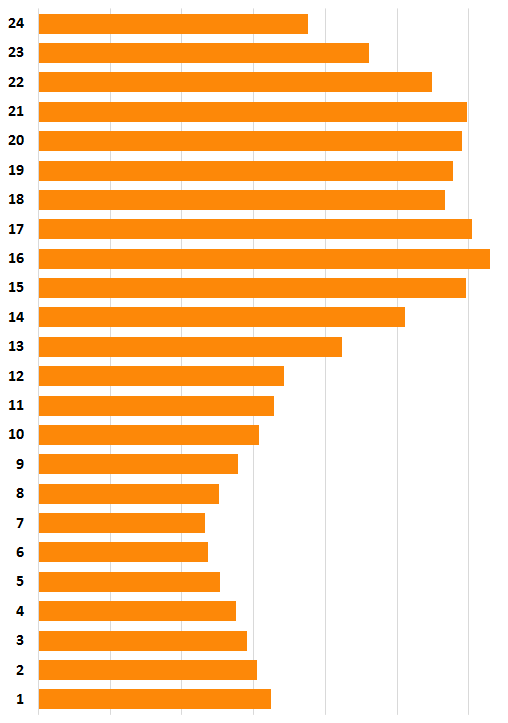 I'm for cutting the necessary waiting period for a bounty in half. 48 hours is too long.

There is another issue here... IIRC, some of the voting options are disabled for posts with bounty - which has potential for abuse (although I believe ♦ moderators can still kill it if needed).

OK, in reality even under the current process somebody could radically edit their original post just before adding bounty, but it would be an obvious abuse, making it much easier for us to justify hitting delete.

However; I can easily imagine "what is your favourite pet's name for programming?" with a +50 bounty to prevent regular voting.

I'm in favor of being able to offer a bounty from the start. I think this will yield more quality answers.

I have 3,000 points at my disposal so I'd like to just put a bounty on the question as soon as I post it to give it the highest possible chance of being seen. Why do I have to wait?

Why should you get to give your question "the highest possible chance of being seen" right away? Does your 3K reputation make you more important than users with lower rep? You shouldn't think of the rep you've accumulated as currency that you can use to buy a better position for your questions.

The right way to draw attention to your question is to spend some time writing a question that's clear, concise, and well-researched. High quality questions get voted up, which raises their visibility, improves your chance of getting solid answers, and increases your reputation all at the same time.

Bounties are fine for giving an extra incentive for people to spend time to help you find an answer to a difficult or obscure question, but only after time has shown that extra incentive is required.

Why not allow a +100 bounty with no contributions on behalf of SO (not 50:50). Sometimes if you ask a difficult or complicated question you just plain want to reward whoever gives you the answer (plus encourage people to invest the time). At the moment complex or difficult questions just drop off a lot of the time as there is less motivation to answer them.

Because you then get even more questions like https://superuser.com/questions/12442/where-i-can-get-free-cd-dvd-of-any-linux-distribution

I mean really? was the 100 rep bounty even necessary?

Its because there aren't enough people to intelligently use the feature that it shouldn't get implemented as you suggest. I'm probably one of the few who think that while the bounty thing was a good idea on paper, human nature just kinda makes it not work right. (still on the first cup of coffee - for a more detailed and coherent answer see my answer to one of the initial bounty questions - or it might have been the blog post.)

That said, I've not seen many questions that don't get answers in the first 6-12 hours. The few that don't tend to be esoteric, or very technology specific, and in any case wouldn't significantly benefit from the bounty - except to attract people trying to post something to at least score the default position.

I don't ask many questions (3 in 7 months); I mostly answer them. That said, the reasons George (posting for the SO team) outlines are IMHO garbage.

At the time of this writing I have over 40k of rep. Once I passed the 10k mark, there apparently is zero Rep related reason to keep answering questions. I do so simply because I like to help others; which I was doing anyway.

I'd love to put this into use.

How about having the MINIMUM bounty start at something like 1000 rep points. Every hour that goes by drop it by 20 points until 48 hours is up. This would certainly limit the number of people even willing to consider making an immediate bounty; unless it was critical to them.

For example, if I have a question about an issue that is a high priority to me which may involve a responder writing code to solve then I would like to be able to reward them quickly on it. I know I've certainly had problems that if a solution was available within an hour then it would have been worth 2000+ rep points to me. In short, I'd rather trade rep points to get difficult problems solved faster than expending real cash on my own research time.

Perhaps something could be worked here so that the you could offer an initial bounty, but they would be featured differently, it wouldn't affect their front page rating and the site wouldn't match the bounty points, something like that. I agree you've earned the points and it would be nice if you could "put that to work", but I also understand what I think (from memory here) was Joel's point that you wouldn't want the site to become people camping for questions with bounty points, so I don't think it should be overly encourage. Maybe even the person could incur a penalty. I think the key if the feature was added would be to disinsentivise it to the point that it would be used sparingly.

I'm going to pull something that RLH said earlier in a comment out into an answer, because I think it deserves notice. Let immediate bounties happen, but put some sort of an overhead on it - enough so that the bounty transaction itself is a net rep consumer. (Say, twice as many points for the bounty as it's worth, minimum bounty of 100). If you wait the two days, you can go under standard bounty rules. This has the following effects.

...and in response to those who say "well, just hire a consultant" or suggest that we go to pay sites, it's not that simple. First, I honestly don't trust the resources at pay sites as much as I do the resources here. I know SO and use it frequently. I don't know the other sites. Second, I do not have money to spend elsewhere. I can build rep here, and then spend it just fine, but as soon a actual cash comes into the equation, the situation becomes far more complicated. Third, if it's a problem that's confusing and finicky enough that I can't figure it out after a bunch of poking at it, asking my coworkers, and a thorough web search or two, I feel like it would be better to have the answer out there - make life easier for the next coder who tries that web search.

There is a problem with this SO. If a question isn't answered in the first few hours, then it goes way behind in list of question ie making it almost unseeable through regular visits.

It also very unlikely that someone who knows the answer would search such a question.

I think SO can easily determine that 90% of the questions get answered in the first ~2hr or whatever it is, therefore having a bounty available after that period is over is a good idea. However with a 3 hour window, people would just say, let's wait just for 3 hrs and hopefully then the person would place a bounty so I think 24hrs would suffice. (12hrs is kinda ineffective because the person may be in a different timezone and it's also too early)

Not the answer you're looking for? Browse other questions tagged discussion bounties stack-exchange .

8
Allow bounty immediately (or at least before 48 hours)
7
Mandatory delay in offering a bounty
4
I would like to see the threshold lowered (in time, not reputation) for starting a bounty
-10
Expedited bounty
3
48 hours is too long to enable the add a bounty
1
I need an answer. Could I start a bounty right away?
15
Should the bounty waiting period be reduced to 24 hours?
-9
Starting a bounty immediately when a question becomes visible
9
How quickly are questions answered on SO?
7
High priority questions and bounty?
See more linked questions

643
Are answers that just contain links elsewhere really "good answers"?
592
How does the bounty system work?
601
Exit strategies for "chameleon questions"
420
Which computer science / programming Stack Exchange sites do I post on?
724
Your answer is in another castle: when is an answer not an answer?
2788
A Terms of Service update restricting companies that scrape your profile information without your permission
827
Net Neutrality and Stack Overflow / Stack Exchange
2502
Firing mods and forced relicensing: is Stack Exchange still interested in cooperating with the community?
719
Dear Stack Exchange: a statement and a letter from your moderators
2253
Stack Overflow is doing me ongoing harm; it's time to fix it!