The picture below tells the story; that's the whole browser window. There is a vertical scrollbar but no horizontal one. I have this zoomed in (as in, normally, in the browser, it snaps to at 150%), so the width fills the screen (you can see where Home is top left), but I think the problem is it is way off center and cannot be moved.1 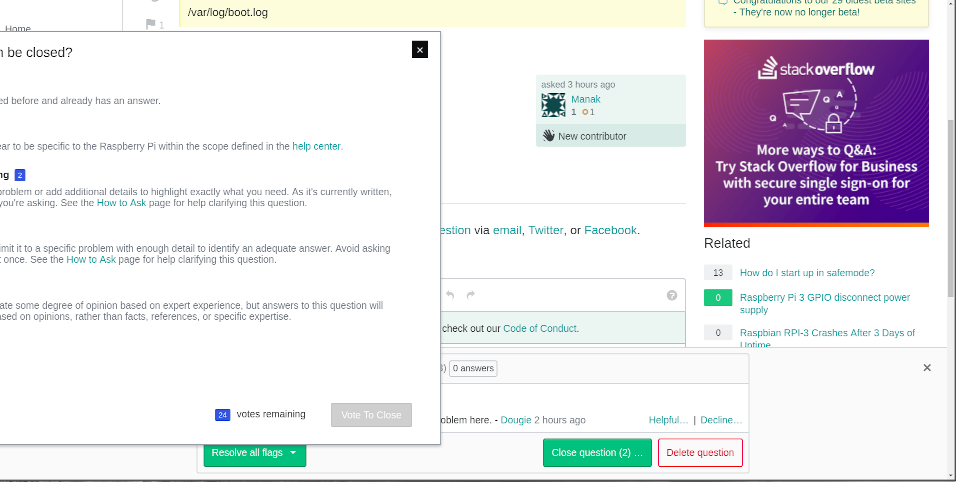 Notice the moderator flag interface in the bottom third; this happens when that "Close question" button is pressed; if I load the page normally, the normal close button and dialogue work properly.

This is from Google Chrome 76 on GNU/Linux. Here's an view that isn't zoomed which provides a clue about the issue: 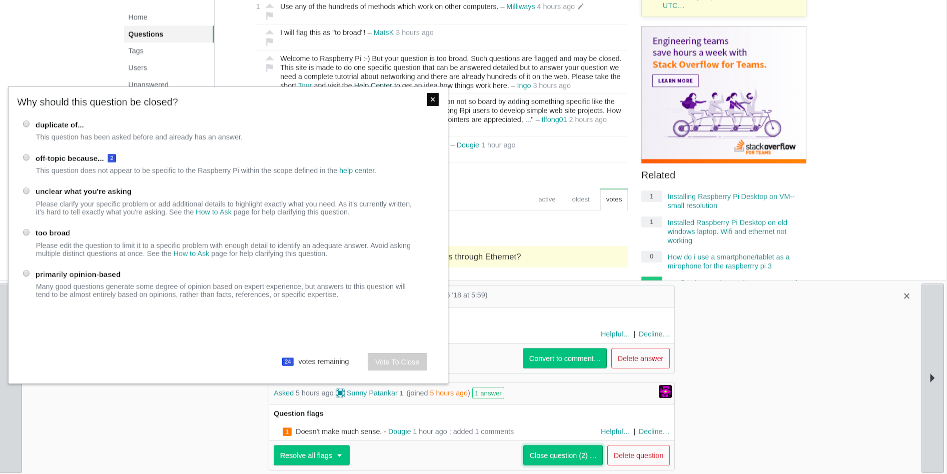 Whereas the base Stack Exchange interface is statically sized, the flag handling interface is dynamically sized and grows to fit regardless of zoom -- i.e., it is not off edge in either picture the way the popup is (it is harder to tell with the first one because there is not the right/left nav bumpers since there are no further flags, but I did double check this). Possibly the popup, when invoked from that context, uses an incorrect value for the screen geometry.

Apologies for the long delay in responding. I tried replicating this on Chrome, Firefox and Safari, and it appears this issue is fixed.

I can confirm that the modal/dialog created from the close question button in the lower pane is positioned too far to the left, even at 100% zoom (on Firefox version 70.0b7):

(As you can see from the content of the modal, I have already closed this question. However, the position is the same as with the normal content of the dialog.)

The left side of the modal is 400 pixels (half the width of the modal) to the left of the dotted line. The dotted line should instead be in the center of the screen, which it is when using the normal "close link button" below the post.

A difference between the two modals that could be causing this bug is that the modal from the lower pane is created inside a <div> with the ps-absolute class. Removing this class from the div positions the modal in the center, although this seems to break other things, so this is probably not the way to fix this.

This is also a problem when adding to the duplicates list on a question closed as a duplicate. I can’t grab the window to move it.

This screenshot is the entire width of my phone. 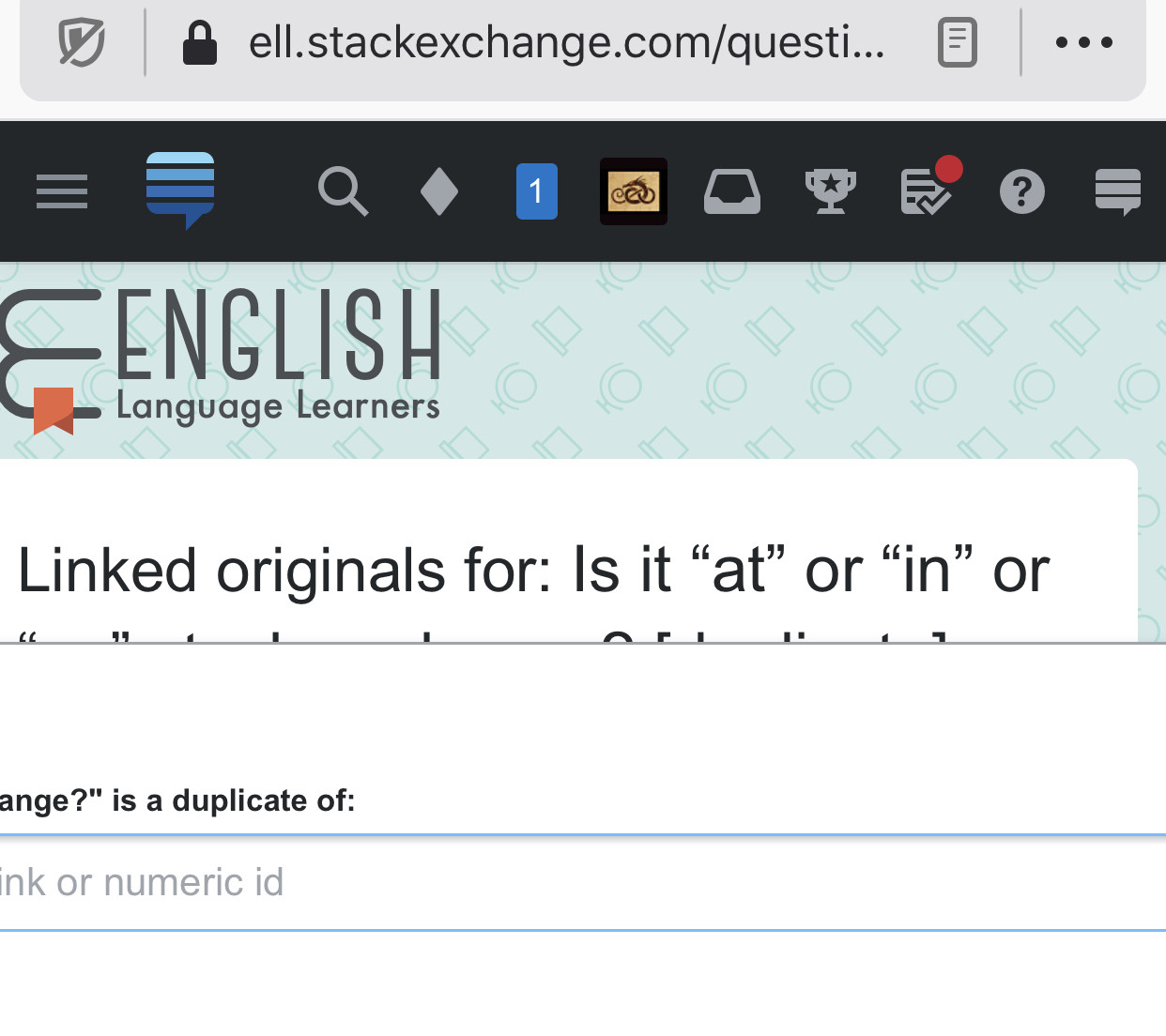 It’s actually OK until I paste a URL into the box, which shifts it off screen.

Not the answer you're looking for? Browse other questions tagged bug status-completed moderator-tools flag-dashboard .

10
The “Delete this answered question?” dialog is not accessible on a mobile device, making it impossible to delete questions

71
Make Stack Exchange sites compatible to OS X Lion full screen mode
6
Font-size related layout issue
10
Rejection Dialog in Review disappears if text is highlighted
88
Can we rename the off-topic close reason label on the primary screen?
34
Significant delays when opening flag dialog?
6
Close and other popups are too wide and too far right
12
The moderator flag overlay obscures too much of the screen, can't see the content on smaller screen heights