Improved support for React in the code snippet editor?

Currently, the newest version of React available in the snippet editor is 16.6.3. 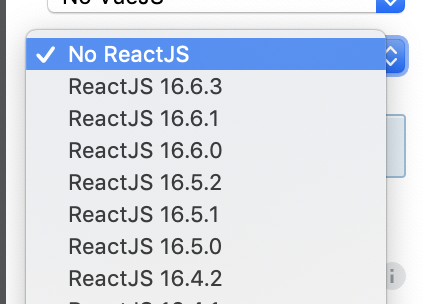 Many questions (on Stack Overflow) are around hooks, which were added in version 16.8.0.

To work around this, I've been going to the React docs and copying the CDN links provided there: https://reactjs.org/docs/cdn-links.html. Is there a reason newer versions of React aren't supported? Can the newest versions be added?

Almost every React specific question uses JSX which requires this option to be enabled and can be easy to overlook. Can this option be auto-enabled when selecting a React version?

When enabling React there is almost always the same boilerplate to add a root div and mount the App component. If the editor is empty, could this boilerplate be auto-inserted?

In summary, it would be great if the editor defaulted to something along these lines when selecting a React version: