What is the story behind your question?

Please let me quote @CypherPotato (a free form translation from Portuguese through the lens of Google Translate):

I play a game which is called ShellShock Live. It is a 2D scenario game with two (or more) tanks that have different kinds of weapons. The goal of the game is to aim and shoot the rival. 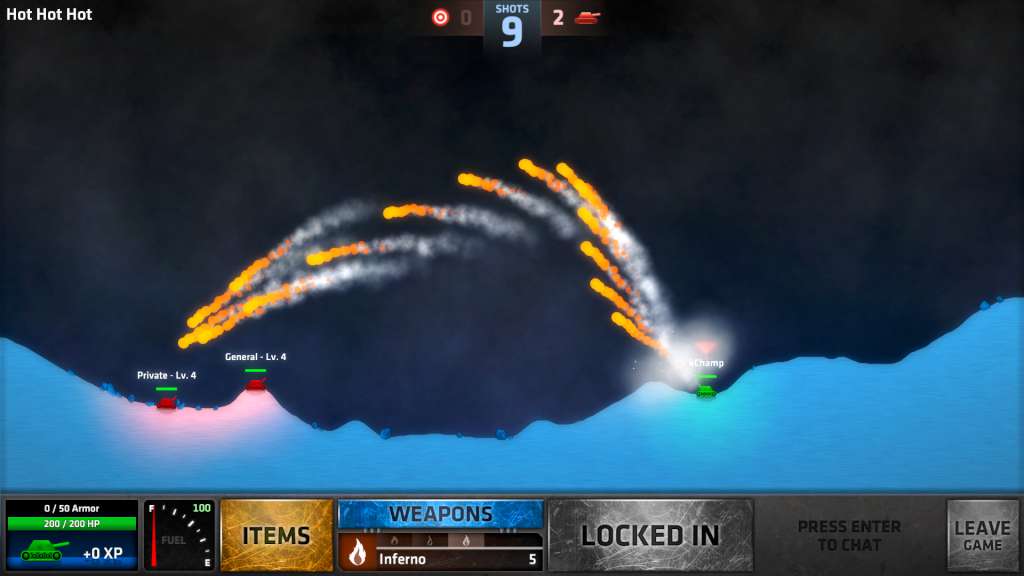 I have been playing the game since its beta, the time it was written in Flash. When I started playing, I quickly leveled up and I hit the top 20 in the world. I was part of a worldwide clan and felt very respected.

Because I wanted to be perfect at shooting, I started looking for a good aim to practice. I cloned a repository and started implementing my own aimbot hack: the aimbot traced how a shot would go and where it would hit.

The implementation worked well and nobody noticed my aimbot but soon a problem arose: they added wind to the game. The wind swung bullets to the left or to the right somehow. This made my bot not working and I started missing the shots.

I tried to find ways around the problem, but I couldn't. As a result I asked a question: How to implement wind in a path equation?. Of course I did not mention that I needed it for a hack (at the end the question became the best one I have ever asked on the site).

I started getting answers but none of them worked. I kept trying and trying and trying. To take another try I needed to close and open the game, so I was doing it all the time. It seemed strange to another gamer, so they asked me:

Why are you opening and closing the game all the time?

At that point it became obvious that I was doing “wrong things."

I could not find a solution until the last answer, the accepted one, which solved my problem. My use of the aimbot didn't last long. I was banned in the game. And knew why. I was really upset. I emailed the developer explaining the work I did and explaining how he could work around it. I highlighted assembly obfuscation which should make injection of the hack into the game impossible.

And I was unbanded after a while. I was discouraged, so I stopped using hacks as well as playing the game at all. I played again only one year after that. When I came back I was among the top 25,000 in the world. Today I am among 13,000 and maybe one day I will reach the top 20 again.

That's the story of how a physical formula and Stack Overflow helped me do something bad and get penalised for it :D

What was it all about? About a contest that we had on international sites!

A question on Stack Overflow is just the tip of an iceberg. As I see it, even a simple question on the site may be preceded by a long series of unsuccessful attempts and painful searches for new ways to solve a problem (and sometimes tough conversations with the manager or bans in online games). For example, once I have deleted an entire product server with rm -rf . /* (I made a typo, a space between . and /), what caused a question «How to avoid typos when removing a directory in the terminal?».

Throughout September, international sites' users had been sharing their stories, like the one above, that preceded their questions on Stack Overflows (SOja, SOpt, SOes, SOru). After reading the stories one might know:

Let me thank everyone who participated! All stories are amazing! Please go and read all of them.

By the way, what is the story behind your question on any Stack Exchange site? Please share it with the community in an answer to this question! =)

902
Why aren't people voting for questions?
1441
Fastest Gun in the West Problem
1745
What is the XY problem?
683
Your answer is in another castle: when is an answer not an answer?
2777
A Terms of Service update restricting companies that scrape your profile information without your permission
826
Net Neutrality and Stack Overflow / Stack Exchange
2423
Firing mods and forced relicensing: is Stack Exchange still interested in cooperating with the community?
2092
Stack Overflow is doing me ongoing harm; it's time to fix it!