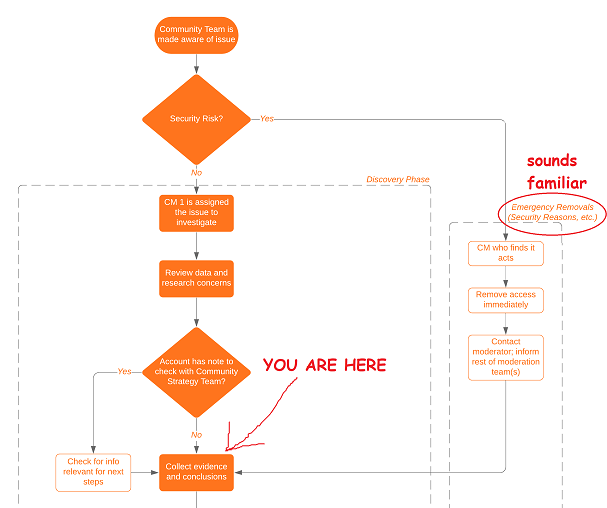 2512
Firing mods and forced relicensing: is Stack Exchange still interested in cooperating with the community?
870
The Many Memes of Meta
211
How can we move forward if SE will not admit to wrongdoing for legal reasons?
40
What processes exist to issue formal warnings or remove moderators?
-762
Feedback post: Moderator review and reinstatement processes

2512
Firing mods and forced relicensing: is Stack Exchange still interested in cooperating with the community?
273
What did Monica do to violate the CoC?
2267
Stack Overflow is doing me ongoing harm; it's time to fix it!
322
How can we help Monica Cellio?
127
What are the next steps we as a community should take?
987
Firing Community Managers: Stack Exchange is not interested in cooperating with the community, is it?
554
The company’s commitment to rebuilding the relationship with you, our community