Why do I sometimes see the same question multiple times when searching in the iOS app? [duplicate]

Sometimes I see exactly the same question come up twice, and an example of this is shown below: 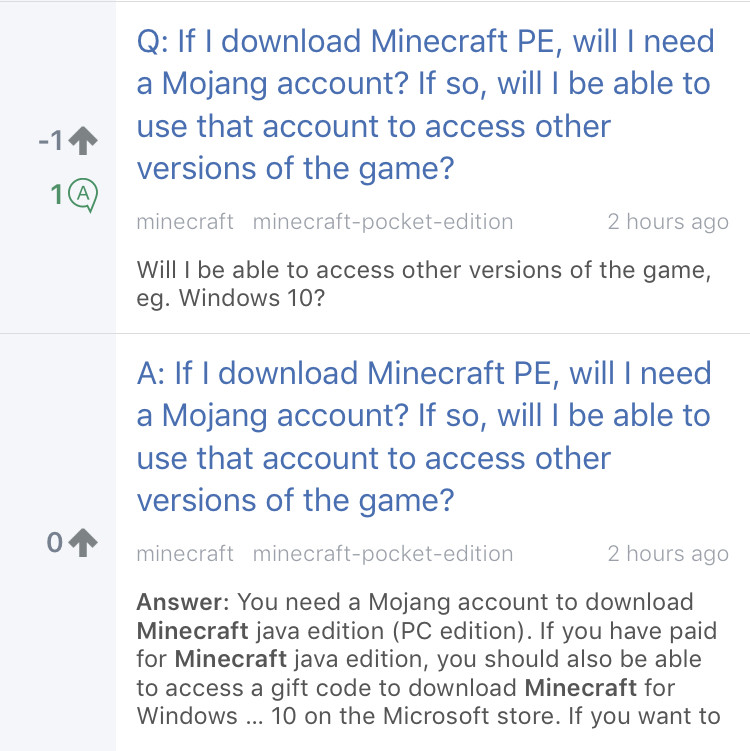 The questions shown might look different, but tapping on them brings me to exactly the same page, and on reporting one of the questions as a duplicate, I get this message: 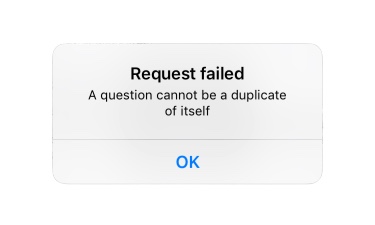 Is this a glitch, or am I missing something? Please let me know.

The "A" in the beginning of the search result means that the result is an answer, not a question. The first result in your search is the question itself; the second is an answer to that question. Since they are both physically located on the same page, you're thus redirected to the same page.

What's supposed to happen once you tap on the answer link is that it should scroll you to that answer. But I've often seen in the desktop site that if a question has a lot of answers, the page doesn't scroll until it has fully loaded (which can take some time). I'm not sure if that's what's happening in the mobile app (it looks like you're using the iOS app from your screenshots), or if there's some bug that's preventing it from scrolling, but the mobile apps are no longer being actively developed so we can't know for sure.

Not the answer you're looking for? Browse other questions tagged support duplicate-questions ios-app .

2
Searching gives repetitive Questions and Answers in single result page
2
Question appears multiple times in a search result with Q : and A :

250
The homework tag is now officially deprecated
175
We should be able to close questions as duplicates of any question
4
How to act when a user posts the same question multiple times by wording differently?
4
How to handle duplicate answers of same user on the same question?
185
Can we clarify to the OP that their question is not yet closed and the duplicates are only suggestions?
93
Too many Shogs when viewing the close reason in the iOS app