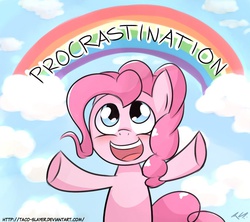 2507
Firing mods and forced relicensing: is Stack Exchange still interested in cooperating with the community?
134
Why do you stay?
116
It’s time to retire the term “rep-whore”
343
Why do I need 50 reputation to comment? What can I do instead?
90
What would be good "call to action" elements for "Reinstate Monica" profiles?
105
To stay or to quit: a conflicted user's guide
46
Is It Time To Decentralize?

1881
What is the XY problem?
287
What is Stack Overflow's business model?
2507
Firing mods and forced relicensing: is Stack Exchange still interested in cooperating with the community?
284
An open letter on the state of curation and moderation
212
The ship is sinking, but communication is down (need orders from the captain (CEO))
243
How can we put pressure on Stack Exchange Inc. without damaging the community?
105
To stay or to quit: a conflicted user's guide
554
The company’s commitment to rebuilding the relationship with you, our community
113
Stack Overflow 2020 Q1&2 Company Commitments Report Card
58
CEO Blog: Some exciting news about fundraising