Here's what I've seen today when checked out the question. I suggest to remove this post notice (and just show a message after someone who had not enough reputation tried to answer) or at least to move it to make it somewhere less visible.

Link to Question: How to remove local (untracked) files from the current Git working tree 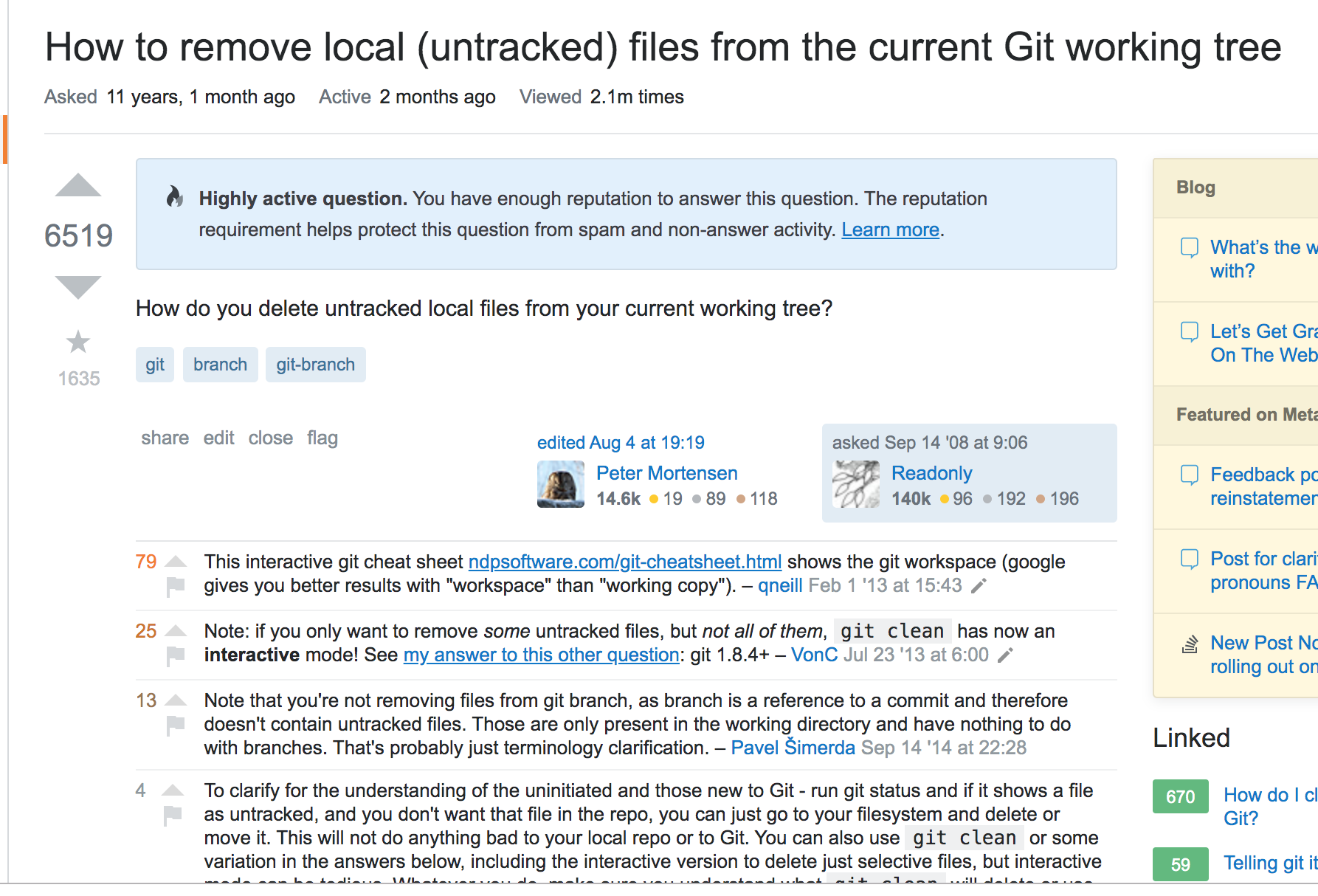 I too find this new banner extremely distracting.

I now see it often when hitting any Stack Overflow question from Google.

I think the primary issue is that it's one of the top elements on the page, as if it was a site-wide banner or notification. It's the first thing I'm drawn to read, even more so than the question title or body.

The old version had the banner entirely below the question, not separating the title and the body. This made it much easier to read the question.

On longer questions, you wouldn't even see the banner until you scrolled down a bit.

The beige is also less attention-grabbing than the new blue, in my opinion. 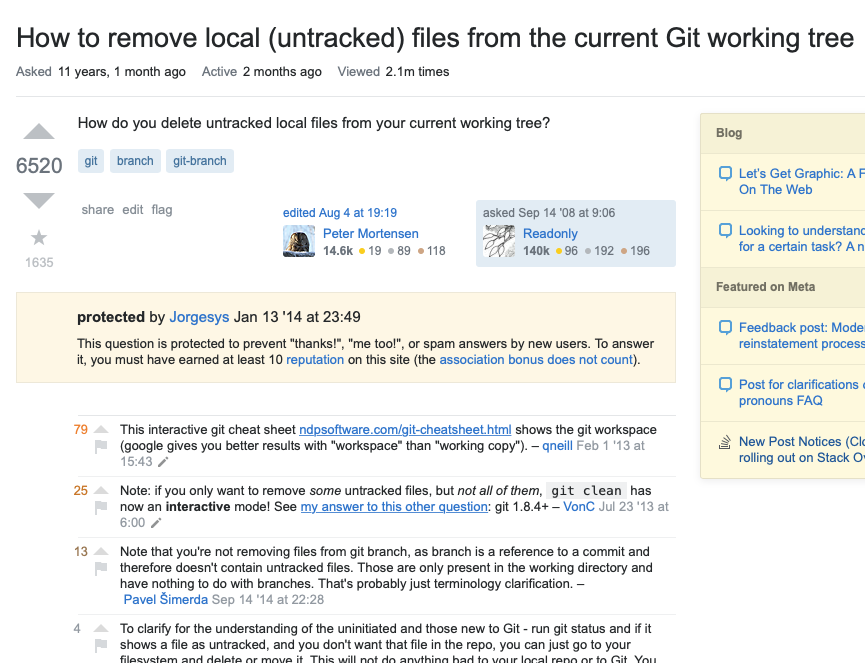 I have written a short userscript that repositions the post notices back to their original locations:

You can install it with this direct link (if you have a userscript manager) or view the source code on GitHub.

Users who are in between these two privilege levels (and thus are able to answer, but can't do anything about the protected status) are no longer shown this banner.

Another reason to remove the banner is the absurd space it's taking on mobile phones: over 10% if the space is wasted on it.

Not the answer you're looking for? Browse other questions tagged discussion feature-request status-completed user-interface post-notices .

800
Recent feature changes to Stack Exchange
109
New Post Notices rollout on Stack Overflow
38
New Post Notices are live network-wide
164
What is a “protected” or "highly active" question?
22
Using your browser's back button may result in posting an answer twice
17
Eeeek! Something stole the protection! (Why is this protected question unprotected?)
17
Move the "highly active question" banner down below the question
7
Why are “protected” questions marked also as “highly active”?
5
Why does the protected notice appear at the bottom of the page for me on some sites, instead of the top?

604
Exit strategies for "chameleon questions"
448
Reward finding duplicate questions - +10, +2, -5
420
Decision on rejected edits should be displayed as a notification to the editor
1252
Don't throw away all votes when a user is deleted
829
Net Neutrality and Stack Overflow / Stack Exchange
2510
Firing mods and forced relicensing: is Stack Exchange still interested in cooperating with the community?
2266
Stack Overflow is doing me ongoing harm; it's time to fix it!