Why isn't this accepted non-self answer pinned on top?

I came across this question that practices the behavior: The accepted answer isn't submitted by the question asker, but it's not pinned on top. Why? 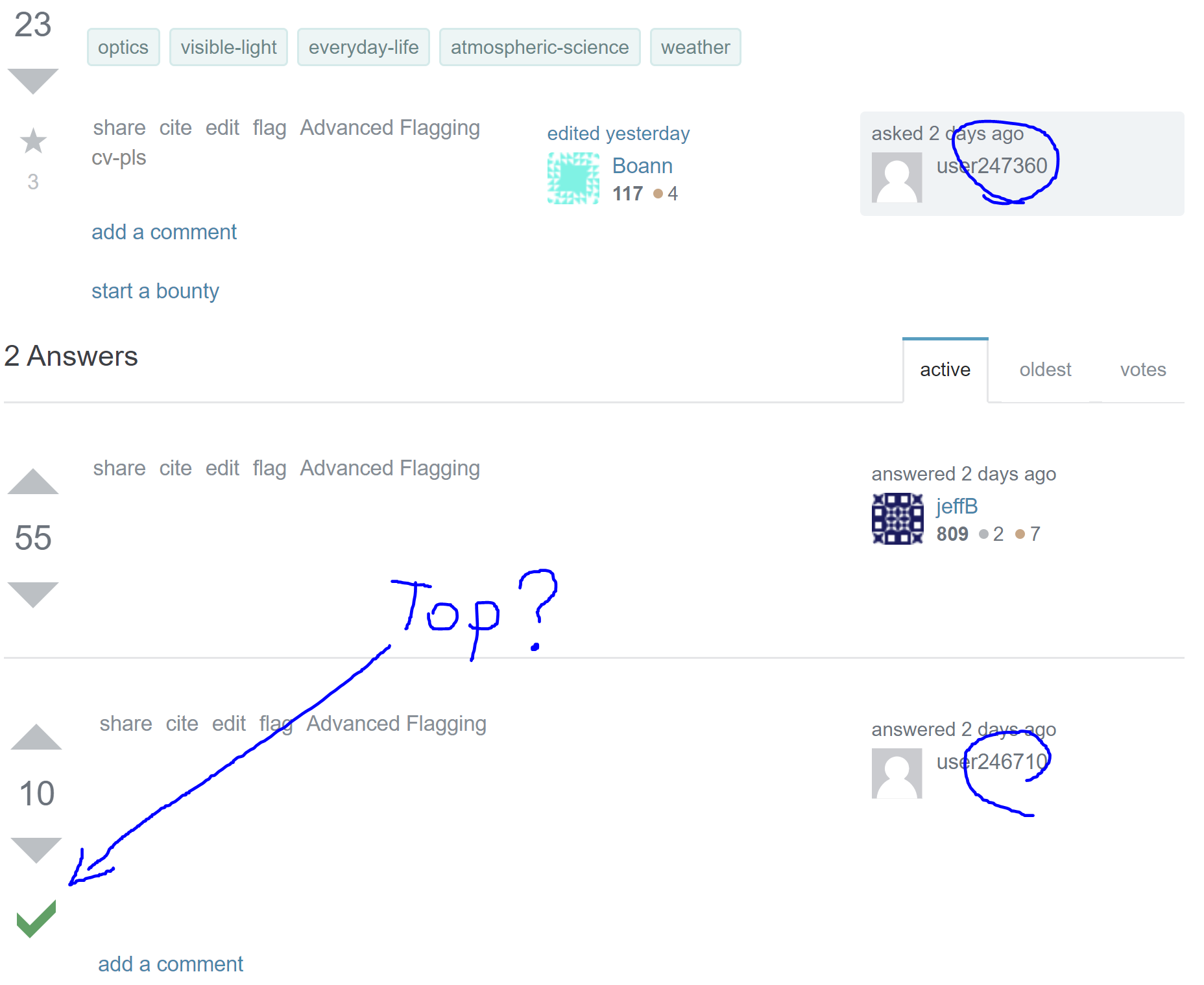 Note: For the sake of explanation, I removed post content and comment area via web front-end manipulation, otherwise my screen won't be tall enough to take the above screenshot.

That answer and its question were posted by the same person, using two different accounts. When this was discovered, moderators deleted the sockpuppet account and the owner of the other account requested that one be deleted as well.

So in a sense, the system was doing the right thing here - not pinning a self-accepted answer - but, it was doing so for the wrong reason: with both authors gone, the relevant comparison boiled down to, if ( null == null )!

Naturally, there are thousands of other cases where both authors are gone but without sockpuppets being involved. In those cases, it's clearly undesired behavior to unpin... So starting today, those will behave normally unless the system knows the authors were the same.

Not the answer you're looking for? Browse other questions tagged bug status-completed accepted-answer .

862
The Many Memes of Meta
1564
Thank you, Shog9
6
Are "bad" accepted answers a problem, and if so, how should we deal with them?
2
Automatic protection check fails to properly exclude answers from the same user in some cases

247
Please show us when we lose an accepted answer
148
Why do incorrect answers keep getting "accepted"?
417
Decision on rejected edits should be displayed as a notification to the editor
23
Max length check ignores markup, results in truncation of long, formatted answers
14
Deleted accepted answer pinned as top answer
580
We're switching to CommonMark
245
Unpinning the accepted answer from the top of the list of answers