Show more comments not working in a deleted question

If some comments are hidden in a deleted question engaging in trolling about the Holocaust, they don't appear when I click on "Show more comments": 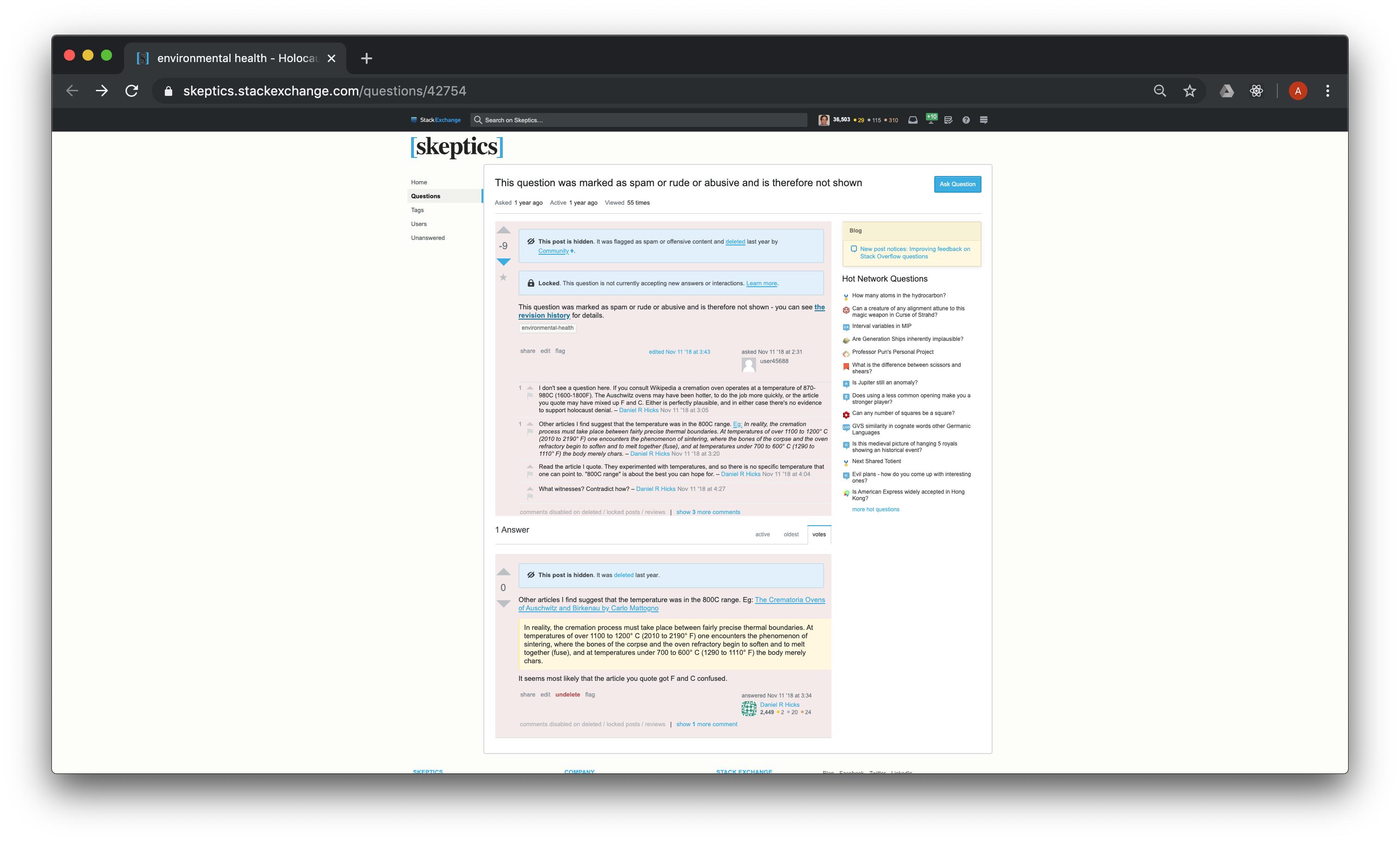 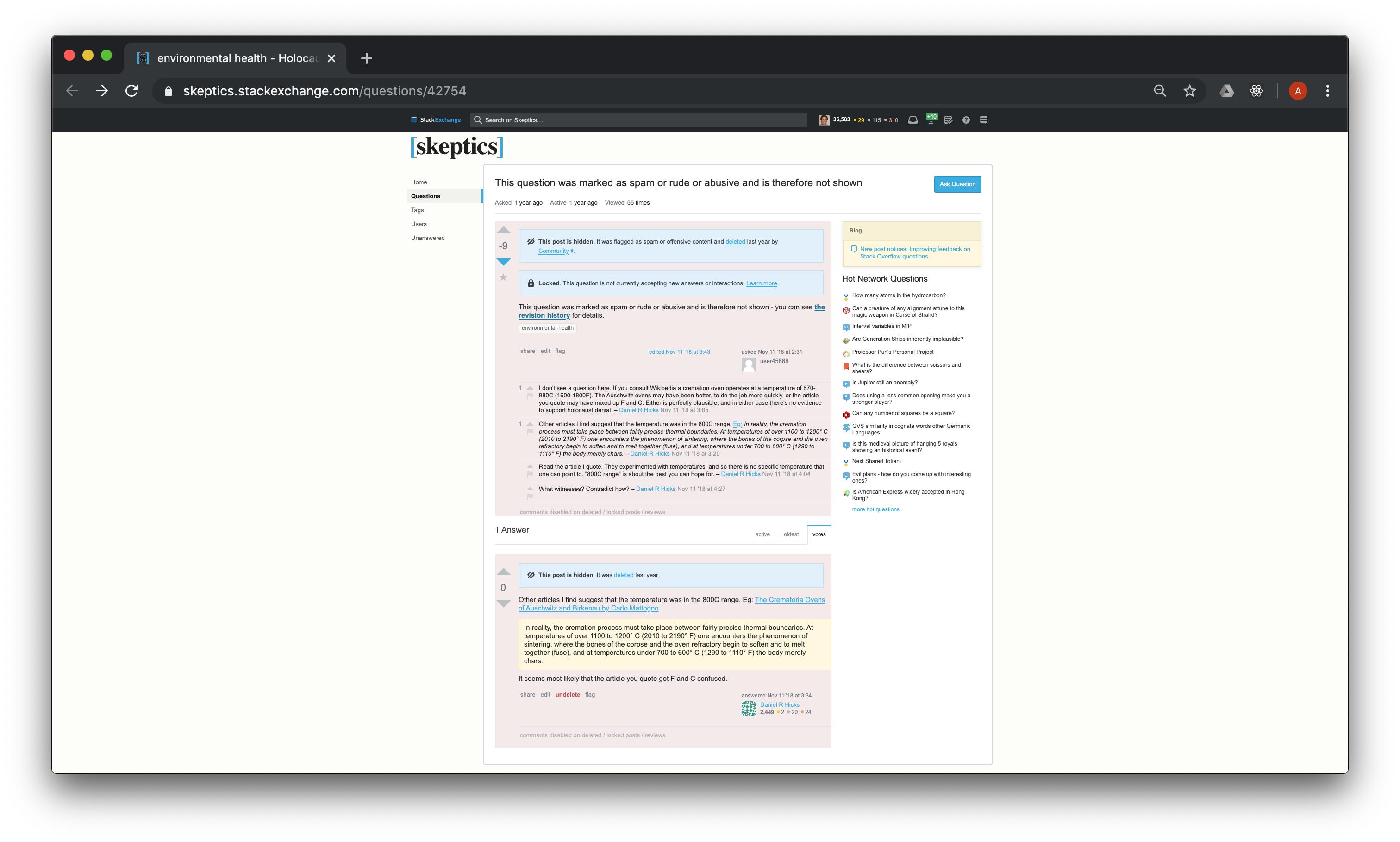 By contrast, it does work on a non-deleted question: 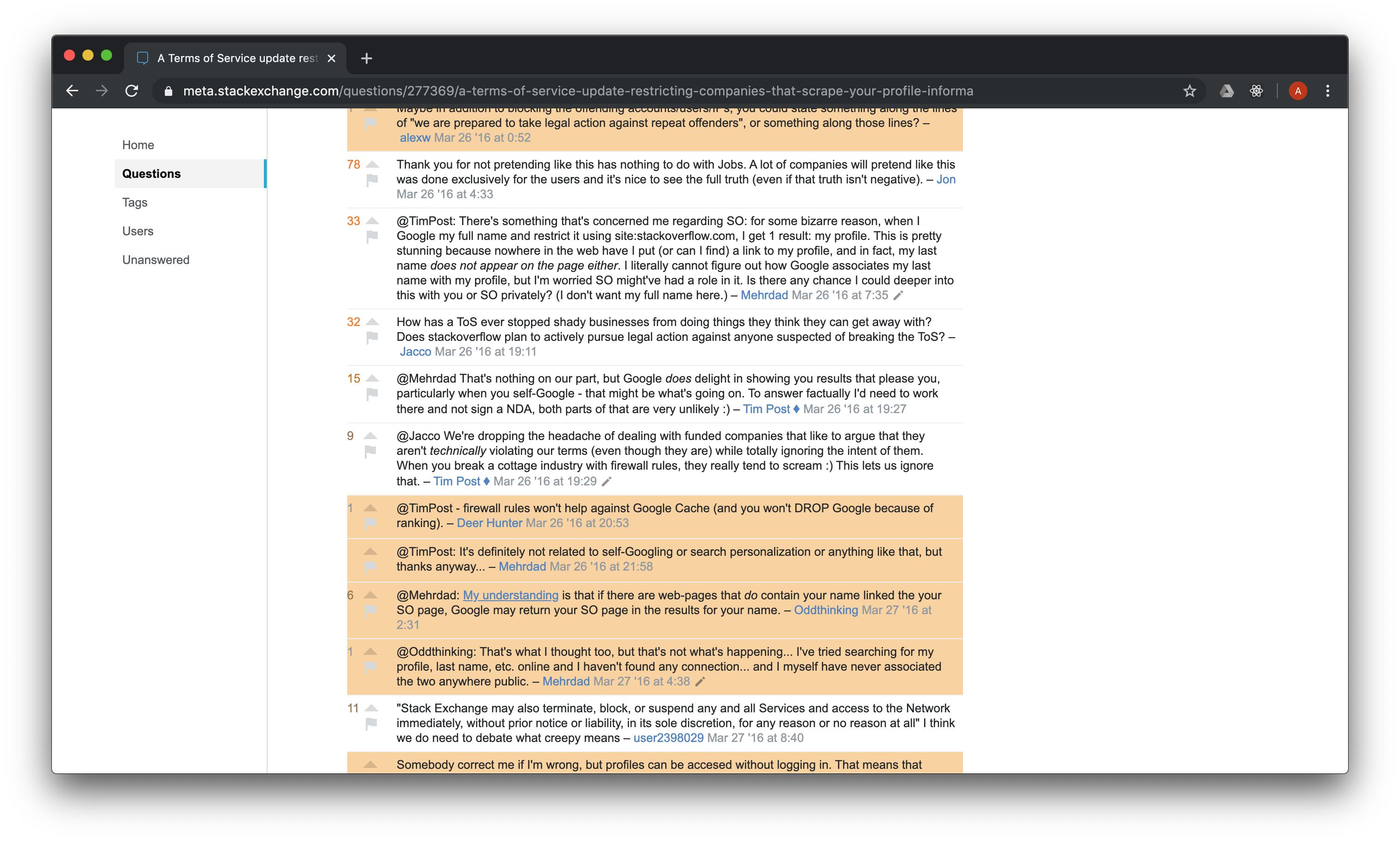 I checked the "Recent feature changes", and there's nothing saying that this is deliberate.

TL;DR: The primary manifestation of this bug is on posts made by users who are destroyed, where the user has commented on their own post. Technically speaking, though, there are other cases where this can also happen.

This happens because the system stores a denormalized (cached) count of comments on every post, so that it doesn't have to repeatedly query the database every time a post is loaded to see how many comments are on it.

Most of the time, this count is updated immediately - manually commenting on the post or deleting a comment will update it, as will certain automatic comments and comment deletions. However, in rare cases, this cached count is not updated immediately. To take care of such cases, the system runs a scheduled job where it updates all posts with incorrect cached counts. The issue here is that this update process doesn't run on deleted posts, so if the field is out of sync for some reason and the post is deleted, the incorrect count will persist permanently (unless the post is undeleted and the job runs on it).

In this particular case, the post in question had been posted by a known troll (details only visible to Charcoal team members), and so a moderator destroyed its account, deleting all their contributions to the site (both posts and comments). The user had commented on the deleted post, and those comments were deleted as part of the destruction process. It seems that comments deleted as part of a user being destroyed is one of the cases where it fails to update the cached count. As the post gets deleted immediately at the same time, the incorrect count persists permanently.

I can think of three ways to fix this problem:

My personal favorite is fixes 1 and 3 implemented in conjunction. Fix 1 most completely solves the issue in the question, and 3 provides better moderation agency to 10k+ users and is great to implement otherwise (unless there's a reason that comments on own posts from destroyed users shouldn't be able to be viewed by non-moderators who can view the post body).

Not the answer you're looking for? Browse other questions tagged bug status-review comments deleted-questions deleted-posts .

20
Help! I'm being haunted by a non-existent comment
2788
A Terms of Service update restricting companies that scrape your profile information without your permission
25
The system sees a comment that doesn't exist
8
“Show x more comments” button doesn’t work on deleted posts

992
Show all of my question/answers to me even if they are deleted
152
Tell the user who will be notified of a comment
2
Android + Dolphin + Jetpack - show more comments not working
142
Turbocharging the Roomba: solutions for premature deletion
183
A question should not be deleted by the user deletion algorithm if it has upvoted answers
56
Make viewing deleted posts and vote counts more widely available on Meta SE