When my vote to close my own question as duplicate was registered as a simple vote, I was a bit surprised, as I thought it'd immediately close for my own given reason, but the question of whether a user should be allowed to force a close-as-duplicate has already been addressed here on Meta.

However, when I later reloaded the page it was much worse: 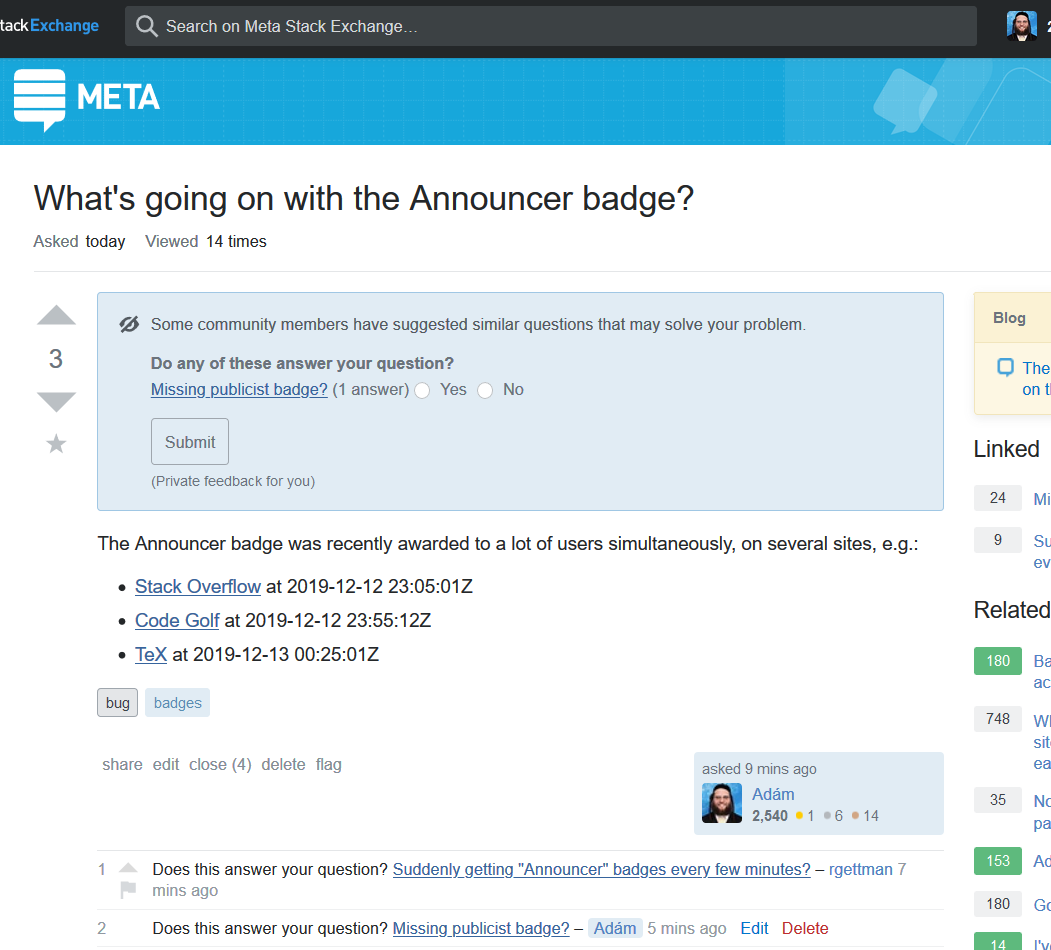 This can't be right!

What's going on is that when you vote to close your own question, it is not normally* considered a binding vote merely because you are its owner. Instead, the vote is recorded like any other vote.

However, when a non-binding close vote is recorded of the Duplicate type, leaving the question still open, then the owner of that question is presented with a special dialogue visible only to them asking them whether the suggested duplicate solves their problem.

If the owner says Yes, then a binding vote is cast by the Community♦ pseudo-moderator, confirming this as a duplicate.

* If you have a diamond, or it’s a Duplicate vote and you are an eligible gold tag badge holder in one of the question’s tags, then it is still binding but for that reason, not because you are the owner.

Not the answer you're looking for? Browse other questions tagged bug vote-to-close user-interface self-close .

5
Can my duplicate close vote be binding when I cast it on my own question
12
What's going on with the Announcer badge?

542
How about a "Vote not to close" option to counter the "Vote to close"?
34
Allow question askers to close their own questions unilaterally
59
Add a "voted to close" activity event somewhere on the user profile page
16
Retracting close vote does not refresh tally
68
Award accepted answer reputation for finding duplicates verified by OP
40
Confirming that my own question is a duplicate by voting to close should have immediate effect