Since the introduction of new post notices, the "On Hold" label is not used anymore:

"On Hold" had been used to label recently closed questions. The idea was that this language would imply less permanence to the current state than "Closed". However, user research showed that this distinction was generally found to be confusing to users at all levels, and did not seem to have an effect on reopen rates. So we have removed this label. All Closed posts are now labeled as Closed but only the label has changed.

However, the Stack Exchange iOS app (and I assume the Android app as well) still use it: 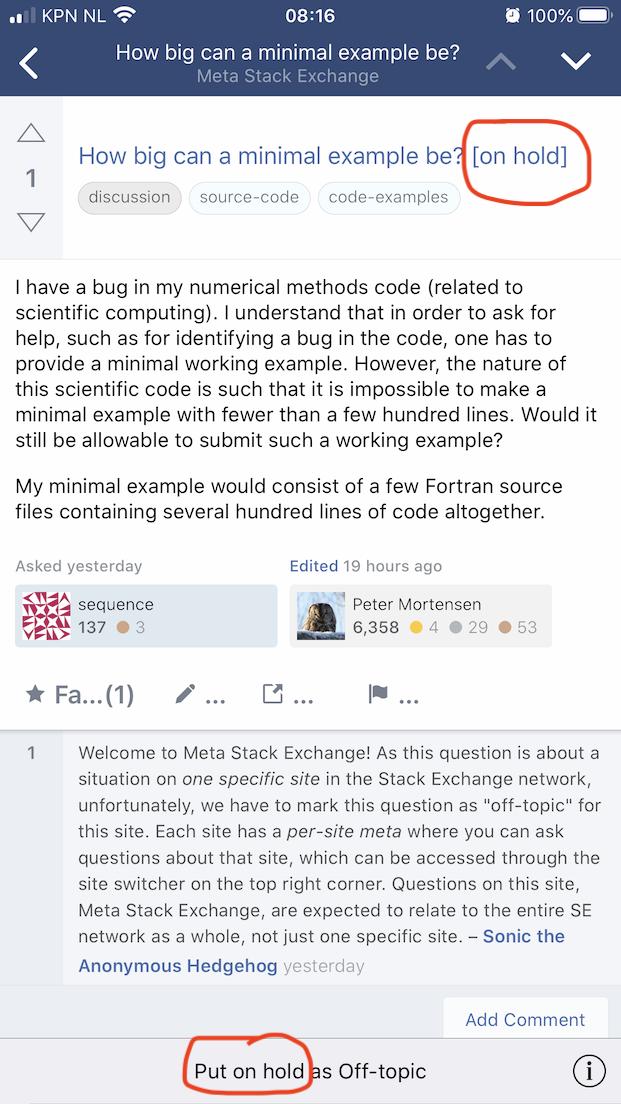 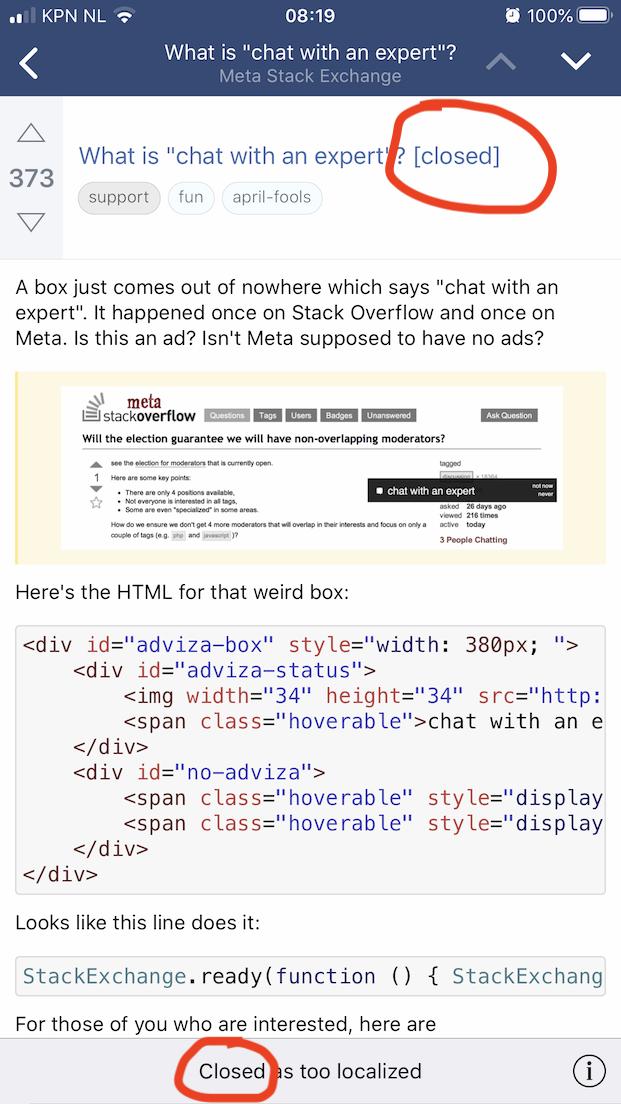 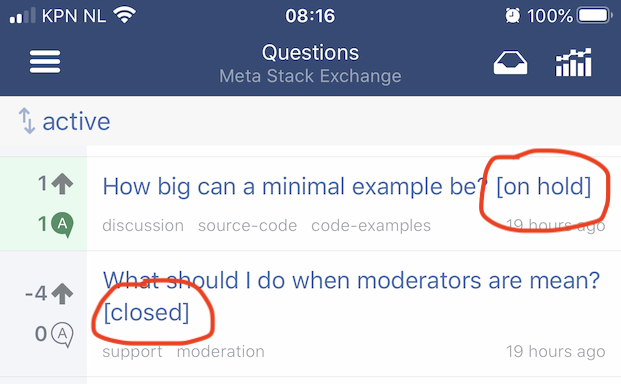 Even though app development is frozen, this can be fixed by tweaking the Stack Exchange API. It returns a 'closed details' record with an on_hold boolean. I suspect if that field is turned off permanently, the apps' behaviour will be identical to the main site.

(Other apps which rely on this behaviour will still be able to detect the old 'on hold' status by checking the close date and reason.)

The API has been updated. No more [On Hold] text should be coming through. This should be reflected in the mobile apps as well as anything else using the API.

share|improve this answer
answered Jan 15 at 12:23

Not the answer you're looking for? Browse other questions tagged feature-request status-completed android-app ios-app api .

7
How should apps using the Stack Exchange API give proper attribution?
265
Build and strengthen the Stack Exchange community with “crossover questions” between sites
5
Hide Closed/Duplicated/On-Hold Questions
8
Automated bug reports from the apps shouldn't post on Meta.SE
13
Why do email notifications still advertise the mobile apps?