Which question has the most votes on all sites [duplicate]

Ask Question
Asked 4 months ago
Active 4 months ago
Viewed 99 times
-10
This question already has answers here:
How to find the most famous questions on Stack Overflow? (5 answers)
What are the most upvoted/downvoted questions and answers on the sites? (7 answers)
Closed 5 months ago.

I am curious that out of all the sites which question has the most votes. I do not know if there is any easy way to do this (and I am to lazy to do it the hard way) so can you please help me? Thank you

You can always use The Stack Exchange Data Explorer to feed most of your curiosity.

I've created the following so called networkwide query. That script basically runs this query for each site:

When you run the network wide script today you'll get this list: 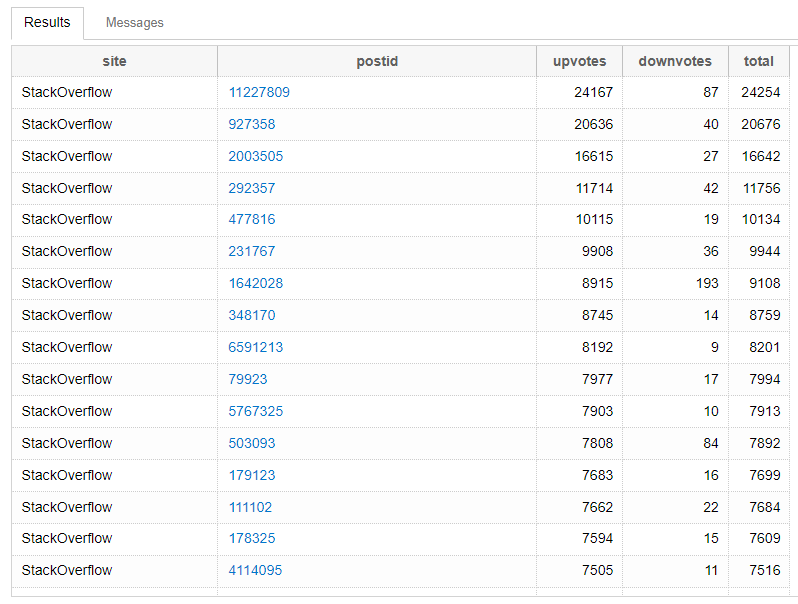 It confirms the post Rand al'Thor already found is the highest voted question. 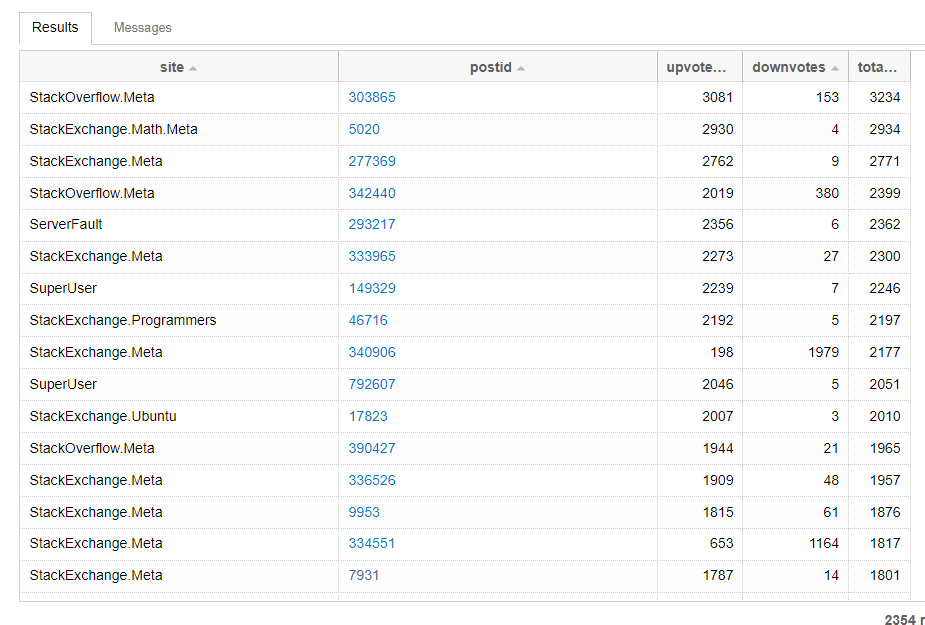 Keep in mind SEDE is updated once a week on Sunday.
Give a big shout-out to Monica Cellio for the awesome SEDE Tutorial she wrote.
Say "Hi" in SEDE chat.

Since Stack Overflow almost always has the biggest stats of any site on the network, I'm going to go with this one:

150
What are the most upvoted/downvoted questions and answers on the sites?
13
How to find the most famous questions on Stack Overflow?