I know it will be hard for you to tell on desktop because the resolution is so high, but the clickable text in the upper left, the icons on the upper right, and the navigation buttons at the bottom are all tiny. I have to squint to read the tags, I can't reasonably tap any navigation button except for Next without zooming, and selecting the achievements dialog, etc. is all very difficult. It seems to me that this would not be terribly difficult to change, so I am posting this feature request. I'm using a relatively large Samsung phone (Note 8), so I can imagine it would be worse on smaller phones.

Edit: I see from posted images that the responsive design on other phones looks nothing like mine. I'm wondering if it has something to do with the high resolution where it thinks it is bigger than it is, or it's picking the wrong sizes because it's a tiny bit over some size threshold, in which case this would be a bug.

That's not the mobile site, it's the desktop site.

You probably ticked the "Desktop site" checkbox in your browser: 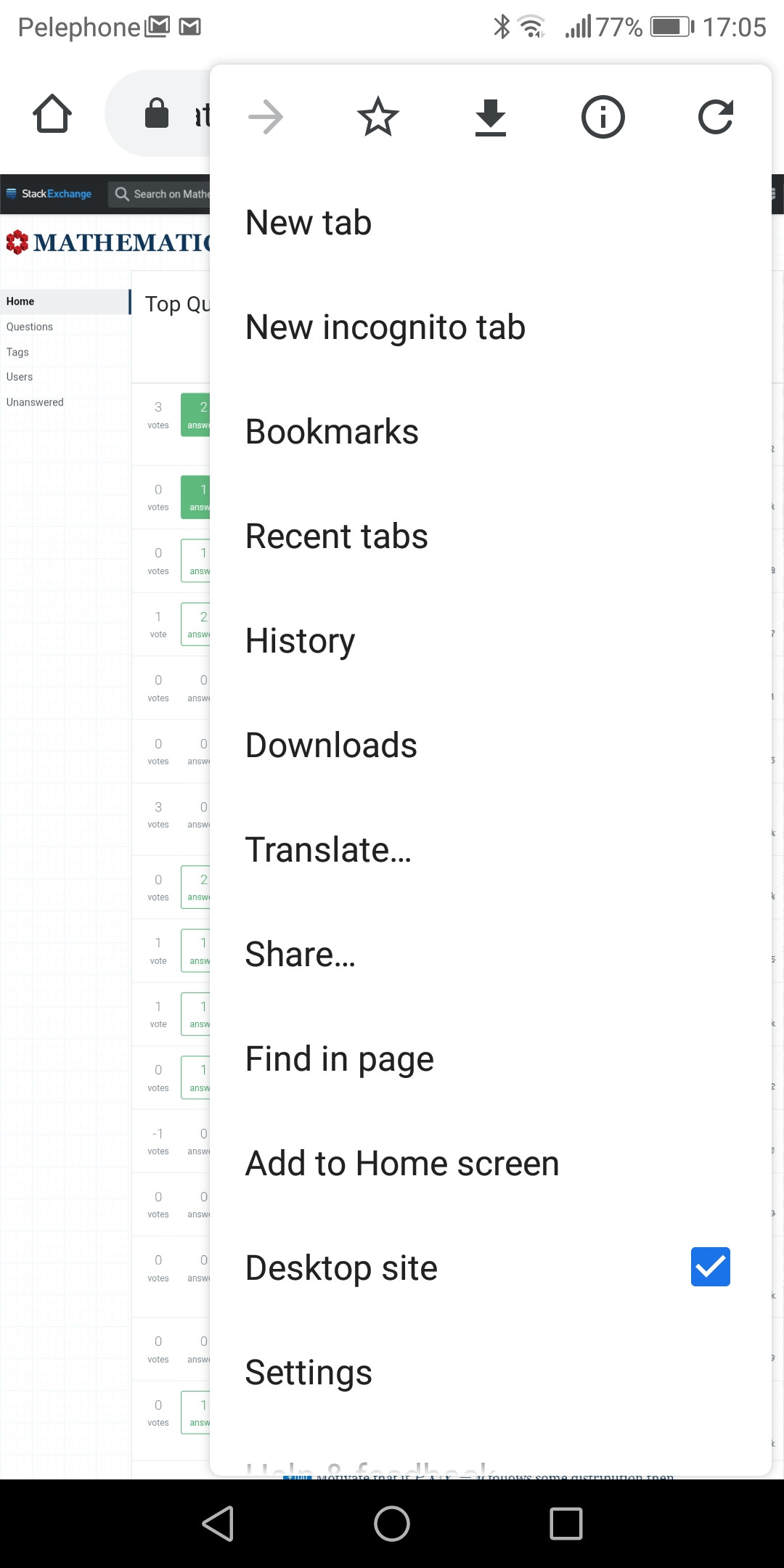 Untick it, and you'll get a view fitting for mobile device: 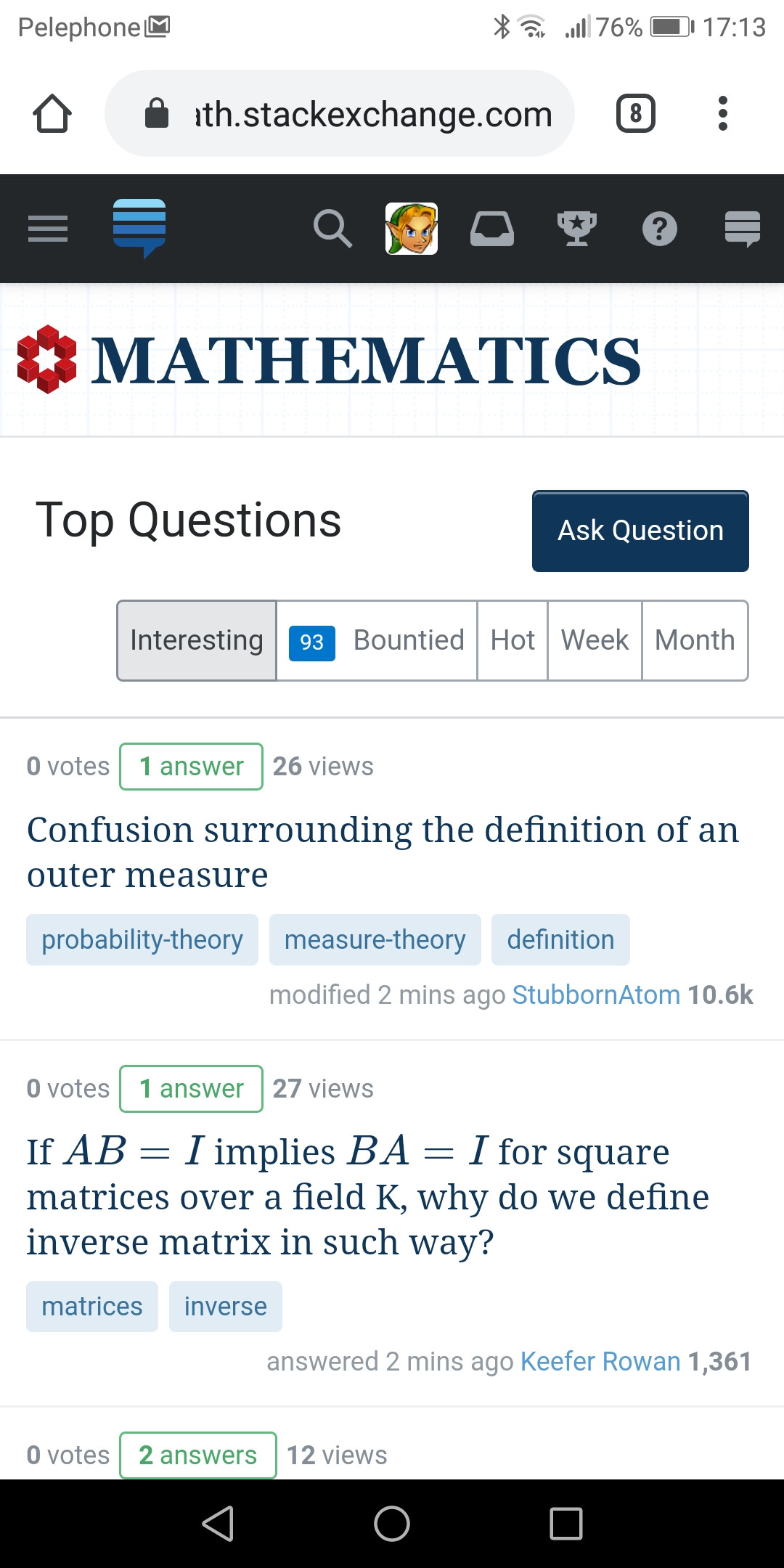 Not the answer you're looking for? Browse other questions tagged support bug responsive-design .

2
Something happened to my Chrome on mobile, and now Stack Overflow looks weird
-226
Live: Left nav, new theming and responsiveness

3
What is Responsive Side Navigation?
4
Image upload dialog is not responsive, rendering it unusable on mobile
122
Responsive Design Themes - What can sites customize and how can they get changes implemented?
3
“Copy link” button doesn’t work in responsive mobile Safari