What happened to SE? Sometimes it doesn't show up-vote points notification and sometimes 1 month ago activity show up in RSS reader!

And now I received an RSS notification of a user. When I opened it, I saw that the comment/answer was posted in 2019 and has not been edited recently. what is the problem?

Update 1: The following screenshot illustrates another problem in upvote points notification. (my post has been up-voted twice but in notification total points are 28 for my post!!)

Update 2 (may 13, 2020): Yesterday and today I earned 20 points for my old posts but without any notification. Here are my posts has been up-voted: TSE post and MSE post

Update 3 (September 27 2020): The problem has gotten worse I think. The following is the today reputations: 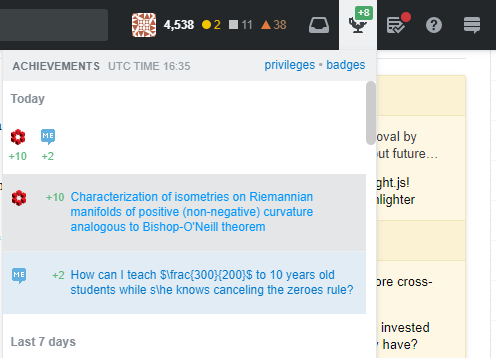 Update 4 (Nov 23, 2020): I just realized that RSS feeds pops up when the user I follow him, has an activity on a post, but now the RSS notification popped up when I edited a post that an user that I follow him commented to that post 7 hours ago (i.e. I received two RSS feeds, one for comment 7hours ago and one for editing now). (I am talking about this post)

839
Allow an edit to notify downvoters: “I think I've fixed the issue now - please check”
416
Decision on rejected edits should be displayed as a notification to the editor
536
Recent Reputation History Changes
185
Wiping votes on deletion of highly active accounts (-865 points on “User was removed”)
144
Tag scores have not updated; script did not run
13
Feeds are no longer posted in chat
49
How do I unfollow a deleted question?
138
“Question closed” notifications experiment results and graduation