Give Diamond Moderators the Ability to Partially Lock a Post

This question is about Strangest language feature

Since it is apparent that a consensus will never be reached on whether this question is an appropriate one for the site or not, I suggest giving moderators the ability to lock such questions against closing votes and deletion votes. This will allows users to continue to add answers without suffering the endless cycle of opening and closing.

Note that this is already done for questions with a bounty.

The question can always be fully locked later when it is apparent that no more benefit will be gained by leaving it open.

feature-request moderator-abilities locked
Share
Improve this question
edited May 23 '17 at 12:35

It sounds so easy: "Just keep it open." The problem is people have a bias one way or the other and these "let's leave it open/let's leave it closed" solutions always expose that bias... not the actual voting.

These so-called "close wars" are a misnomer for people waiting in line for their chance to vote five at a time (5-close, 5-reopen, 5-close, 5-reopen...). Hence the yo yo effect.

But it's way more likely that a general consensus will quickly be reached without forcing the question through the close-reopen-close-reopen cycle.

Its an beautiful, simple, elegant solution. So what am I am I missing?

Bonus: The system would no longer have to worry about aging votes (where close-votes eventually expire after a certain period of time). With the +/- votes shown, someone is free to counteract the random close-vote that accumulates over time.

Locking a question now disallows new answers from being provided.

No other changes to lock, just that new ability.

This is largely to prevent the redundant "lock, then decide on a BS close reason to prevent new answers" on some of the really popular old questions.

Actually, we can do everything you ask already. I've been reluctant to do this so far, as it also prevents voting on the question and adding comments, but heck - 'tis wiki and the +100 magic number has been passed long ago (and the comments are increasingly noise on that one - maybe I should clean them out too...).

So; I've locked it for now, but you can still add answers. Maybe it will be safe to unlock it in a day or so.

Edit: the main reason I am locking this is that because we are having to discuss it here, and because it keeps getting flagged etc, it is is being a distraction. While it is locked, people who don't like the current state can (frankly) move to the next question (or, like, do some work) without feeling the need to express their love/loathing of the question.

In short (for those that get the reference): 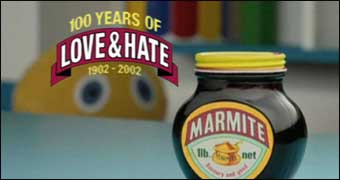 Huh. So in spite of moderators stepping in to re-open it, it keeps getting closed. That's a lot of close votes... Most questions never see anything close to that many close votes.

But Team SO wants it open, because it's fun, and we all need a bit of fun now and then. As Marc notes, this feature you're asking for already exists: it's called locking the post without closing it. Jeff could easily have used it when he made that blog post lauding it up...

Given that it was still unlocked 'till you posted this, I don't see why it bothers you that folks saw it as fair game. After all, if there was any fun to be had in that question, it was the fun inherent in expressing a controversial opinion and seeing how others react...

To the average StackOverflow (and I'm probably one of those), when I first saw the question was "locked", it sounded like it was being closed.

The word "locked" in forums has that sort of connotation.

Maybe just what it is called should be changed. I don't have a good name but something along the lines of "no closing", "closing prevented" or "always open".

Wasn't the system designed to work this way?

I think having it locked was the best at the end. And it's good to know user can still post new "answers".

( btw at the end I joined the fun with this one : Issue9 uppercase )

Another idea: How about any question that gets closed some number of times (maybe 3) times and reopened the same number of times, can get automatically into the "cannot be closed again" state.

528
How about a “Vote not to close” option to counter the “Vote to close”?
43
Why are we deleting instead of merging?
22
Add the ability to lock a question against edits
32
Ability to flag locked posts
11
Close reasons have gone missing, previously closed as such affected
-1
Allow voting on locked posts
6
Can locking a post discourage new answers? (And a solution)
-2
What's the difference between closed and not closed questions on Stack Overflow?
-19
Reopened questions shouldn't be able to be closed again