One of the users on Stack Overflow pointed out that the rendered version of some posts is not what the preview or revision shows. After triggering a re-render the glitch was gone, but since it is not a problem to find more I found another one.

Here is an example of the difference.

Force celery to use json in place of pickle

However, I noticed that there are more differences in the rendered version and the one generated by CommonMark which is the reason that I am raising this as a bug, so the developers can take a look at it if they are not aware of it yet.

But the preview is broken: 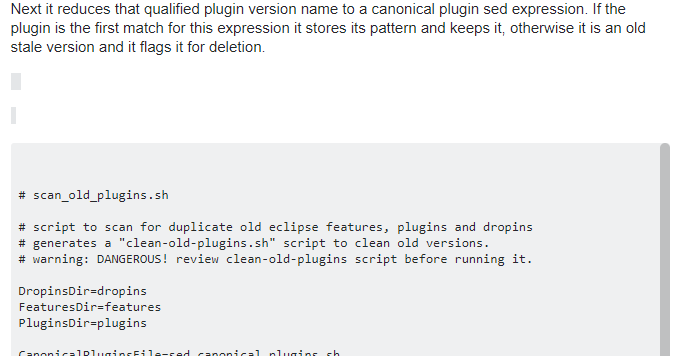 Not even sure what is going on here

However, I noticed that there are more differences in the rendered version and the one generated by CommonMark which is the reason that I am raising this as a bug, so the developers can take a look at it if they are not aware of it yet.

All those are expected:

We avoid breaking existing posts by erring on the side of safety. If a post looks different using the new renderer (and if it’s just one whitespace off) we won’t automatically re-render the post and put it up for investigation first. This way we can be sure that all changes are safe.

There will be some changes caused by the new Markdown renderer that we need to investigate because they will cause posts to look different than before in one way or another. We can’t foresee all edge cases that this change will introduce so we will surface all posts that look different when rendered with the new Markdown renderer, review them and if necessary fix them.

In "bucket" number 2 (aka improvements), where the previous rendering was wrong:

On those cases forcing a re-rendering by editing the post would correct the rendered version.

Now, the rest, the users mixed html and markdown. If you see the revisions, I basically removed the html tags and everything looked like it should, then I improved the formatting. With this I investigated the issue and fixed the problem: it was between the chair and the keyboard.

Not the answer you're looking for? Browse other questions tagged bug markdown markdown-preview .

2
Code at the beginning of a post is formatted differently between submit and preview
580
We're switching to CommonMark
749
New Feature: Table Support