Re: tech questions where correct answers change over time - is there a way to show only the votes after a certain date?

Note: In an act of triage, this question was retitled and edited to become a request for technical support instead of a feature request - yet still be a question to match the high quality answer that was given. In case of a quality answer SE urges not deleting the question -

If your question has good answers, though, it's not fair to have those answers removed along with your question: other users put effort into helping you and even if you no longer want the answers, somebody else might. This is why the system prevents you from deleting answered questions most of the time.

I don't think this is going to work, but here is a method to generate such a graph to find out.

I'll illustrate with one of my own examples (anecdotal evidence, but I'm sure it applies to many more situations), Evenly space multiple views within a container view. As of iOS 9 (5 years ago), there's a dedicated solution for this, which I wrote an answer about. I'm obviously biased, but I think that's the best/easiest one :) Of course, old answers still remained valuable for a time since developers had to support older iOS versions, but by 2018 nobody cared about iOS 8 or older anymore. Still, the highest scoring answer (yellow line), not even being the accepted answer, continued to receive more upvotes than mine (green line), perhaps because it already had so many votes that people thought it must be a perfect solution and simply didn't bother to scroll down. There's another answer mentioning the same solution (dark teal, the fifth line from the top) which didn't get many as many upvotes either. 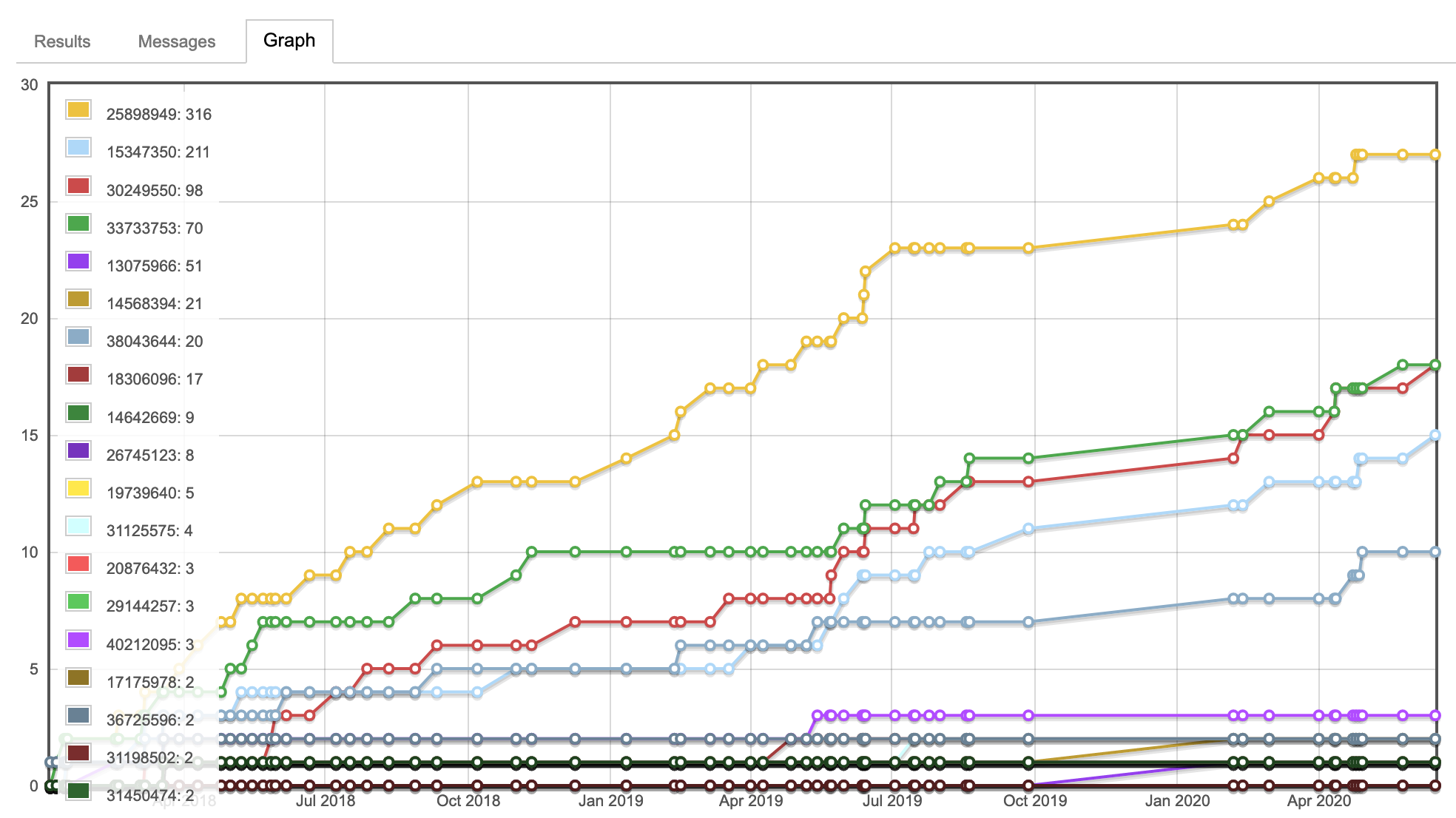 You can run this query to check the situation for other questions / timeframes.

Not the answer you're looking for? Browse other questions tagged support answers voting accepted-answer sorting .

98
Notify us when the question has been edited after posting an answer
101
Allow author of accepted answer to delete it in certain circumstances
280
Stack Exchange Glossary - Dictionary of Commonly-Used Terms
1237
Don't throw away all votes when a user is deleted
186
What are the guidelines for reviewing?
179
Don't lock votes on Meta sites
185
Wiping votes on deletion of highly active accounts (-865 points on "User was removed")
128
A Proposal for More Constructive Downvoting on Meta: Express Disagreement by Answering the Question
241
Unpinning the accepted answer from the top of the list of answers