Did the preview API break? “The app submitted an invalid request”

I keep on seeing this error when trying to preview edits from the (admittedly unsupported) iOS app: 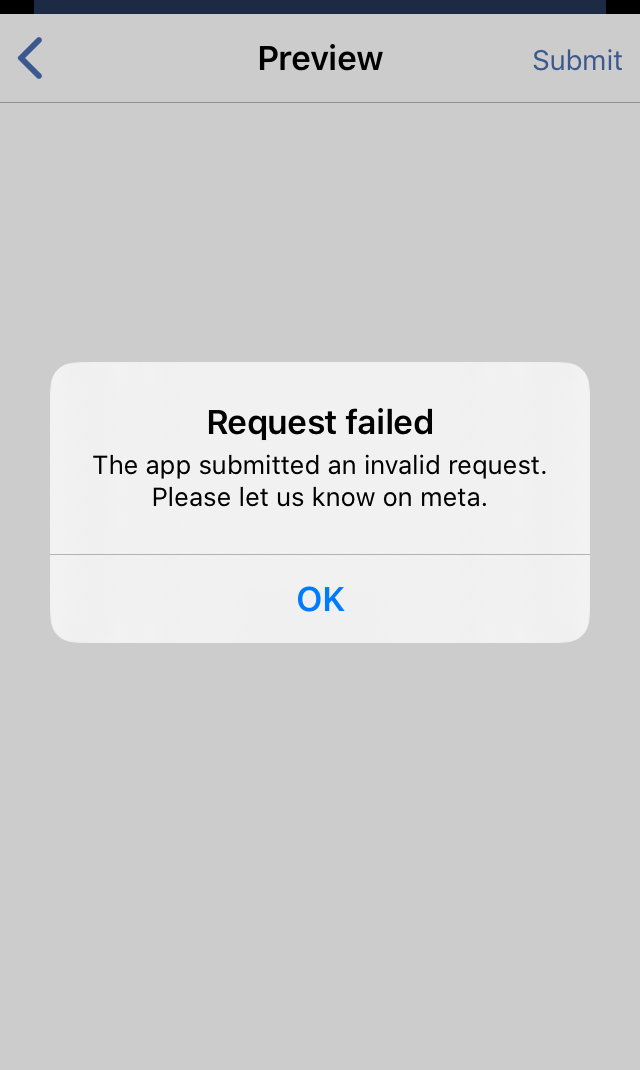 I am concerned that this is a problem with the API response that’s behind this, which would be something that would need to get fixed. In any case, I don’t see how anything other than the API could have changed. This was working fine until maybe when we switched to CommonMark?

I only get this error when I try to make any type of edit to a post that has not yet been edited on a site where I have full edit privileges (usually unlocks at 2k rep). For example, I experimented with this post and even adding a single character (a space even) to the body at first would trigger the error, as did trying to edit the tags. Once I saved my tag edit (saving the edit works even when the preview doesn’t work), trying to preview another edit on the same post did not trigger the same error. The age of the post doesn’t matter, nor does it matter if it’s on a main or (child) meta. What the post contains doesn’t seem to matter either, since I was editing posts that should be the same in both the old and new standards (Markdown vs Commonmark).

As a workaround it is possible to submit a trivial edit, although the downside of this is the fact that it just kinda looks abusive, especially if you don’t actually go through with making the real edit.

I am no longer able to reproduce this error when I try to. In addition, I have not run into this error recently (whereas when I asked the question it was happening all the time), so I think this can be marked status-completed.

Not the answer you're looking for? Browse other questions tagged bug status-norepro ios-app api markdown-preview .