Use user card instead of flair on elections

I'd like to see the user card, as displayed on the post, instead of the flair, when choosing candidates in the election.

One problem is that if a candidate moderator changes their name and/or profile picture during the election phase of the election, their old flair is cached and shows for quite a while. 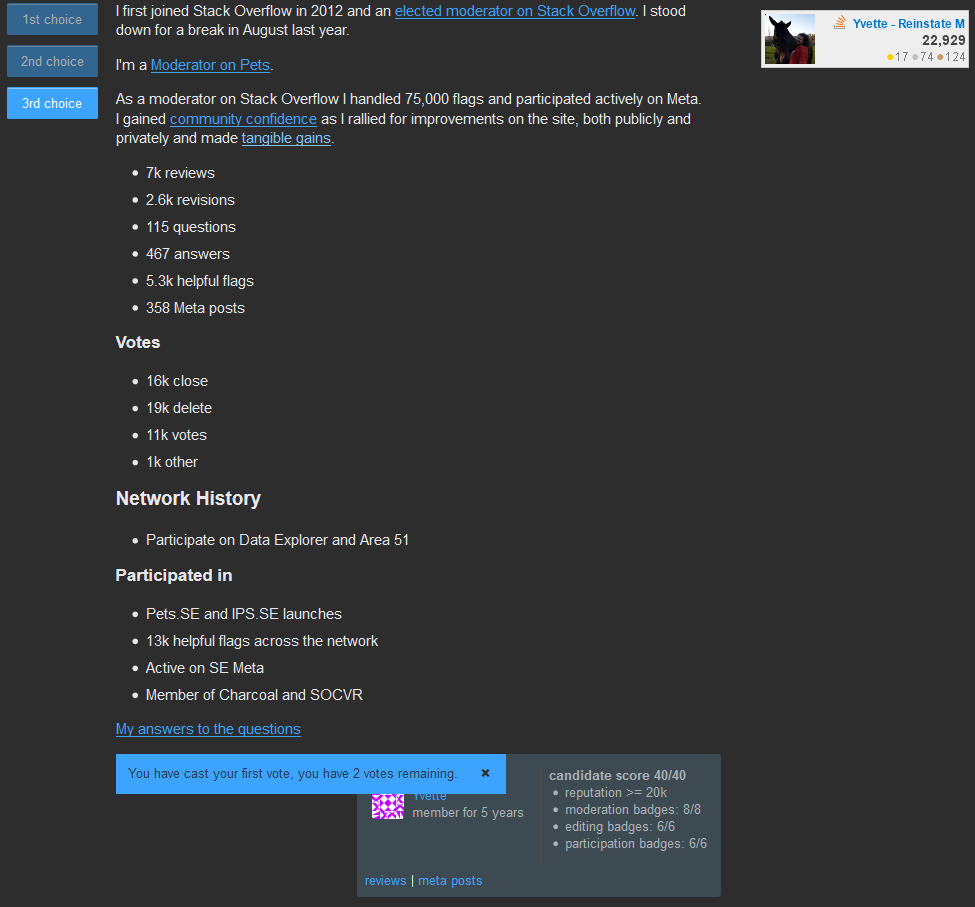 It would also make the UI more consistent.

Note: this post was posted as a bug request first, but as noted by Animuson in the comments, it should be a feature request instead

1227
Don't throw away all votes when a user is deleted
32
Elections are unaware of the uploadable avatar system
31
Why does the final election phase only last 4 days?
263
Let's disallow moderator nominations from people who've been suspended in the past year
18
Notify users of question collection prior to moderator elections
69
Experimenting with Pro Tempore elections