Update: Thanks to Rob's comment about Davide's answer, I realized I forgot that I had changed my MathJax renderer from the default "HTML-CSS" to "Common HTML" a few days ago. Although this change fixed my issue with the bottom of some equations being cut off, it caused the problem with longer MathJax equations I describe below. With the default renderer of "HTML-CSS" being used instead, the equations are now shown in scrollable windows, such as the Prove that $n$ and $n + k$ are both primes if and only if $(k!)^2[(n - 1)! + 1] + n(k! - 1)(k - 1)! \equiv 0 \mod n(n + k)$. post I mention in my original question text: 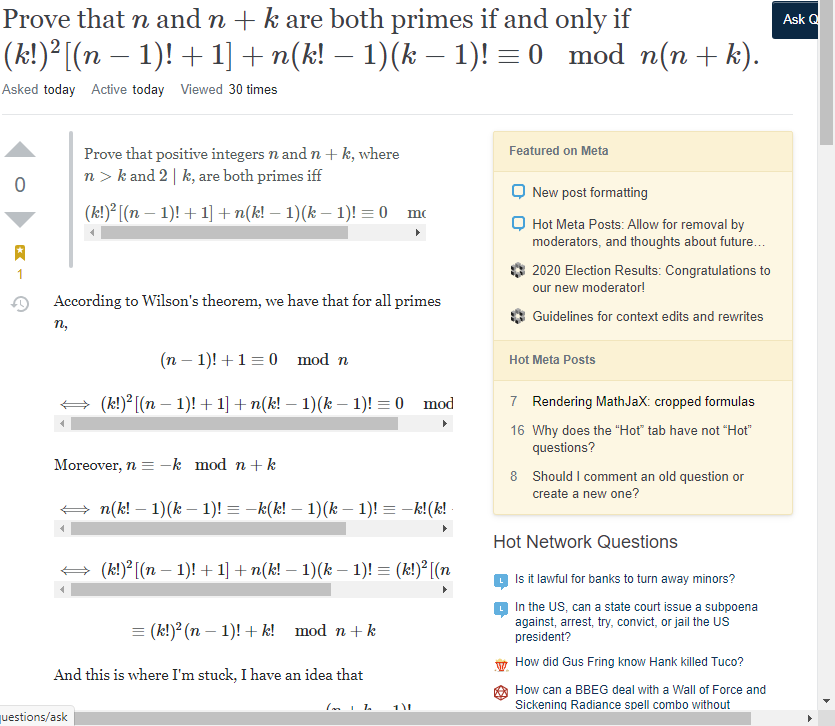 Note I haven't tried any of the other math renderer options, or know if using "Common HTML" is supposed to not have the problem of being cut on the right side when it's too long. For anybody interested, I'm leaving my original question text below. 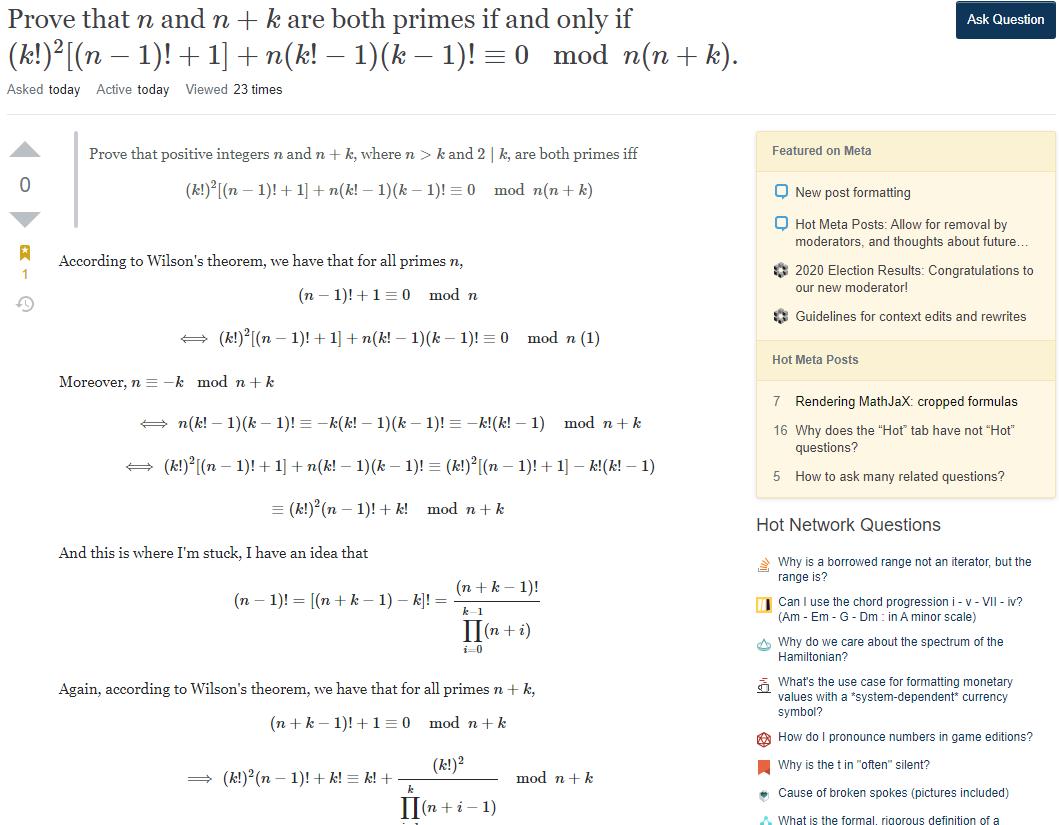 However, when I make the display somewhat smaller, I then see this 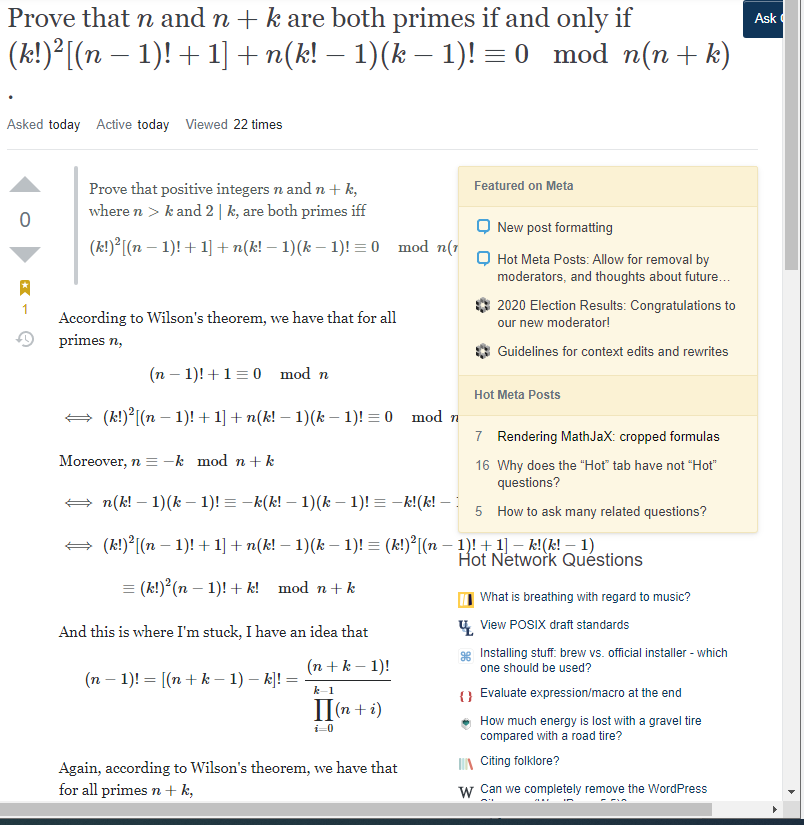 Some of the equations are now cut off on the right side under the "Featured on Meta" or "Hot Meta Posts" sections, and one equation overwrites the white space just above the "Hot Network Questions" section.

For this particular question, I can just use the full screen. However, there were 2 questions I saw earlier today, but I don't recall which ones now, where even at full screen size they had equations being cut off. Although I could have tried changing my display to use a higher resolution and/or landscape mode, I wasn't sure if that would be sufficient. Instead, I just displayed the question in the editor to see the MathJax code of the non-visible parts.

Note this same issue also applies to longer equations being used in answers, and I believe it's not just on the Math SE site but is also a problem with any site using MathJax. Also, I suspect this issue is due to a relatively recent change related to handling responsive design, with it possibly even affecting other parts of the posts' display than just longer MathJax equations.

Thanks for raising this. It seems like your original report was addressed by changing the renderer, but there's still some investigation worth doing when it comes to horizontal scrollbars and some vertical clipping, which we've recently started investigating for a related report. I'm marking as status-deferred for now.

Not the answer you're looking for? Browse other questions tagged bug status-deferred design mathjax .