Can I no longer see who closed my question? [duplicate]

Some months ago, I could see who closed a question, but not anymore? I screenshot How did "unless" semantically shift to signify "except if"?. 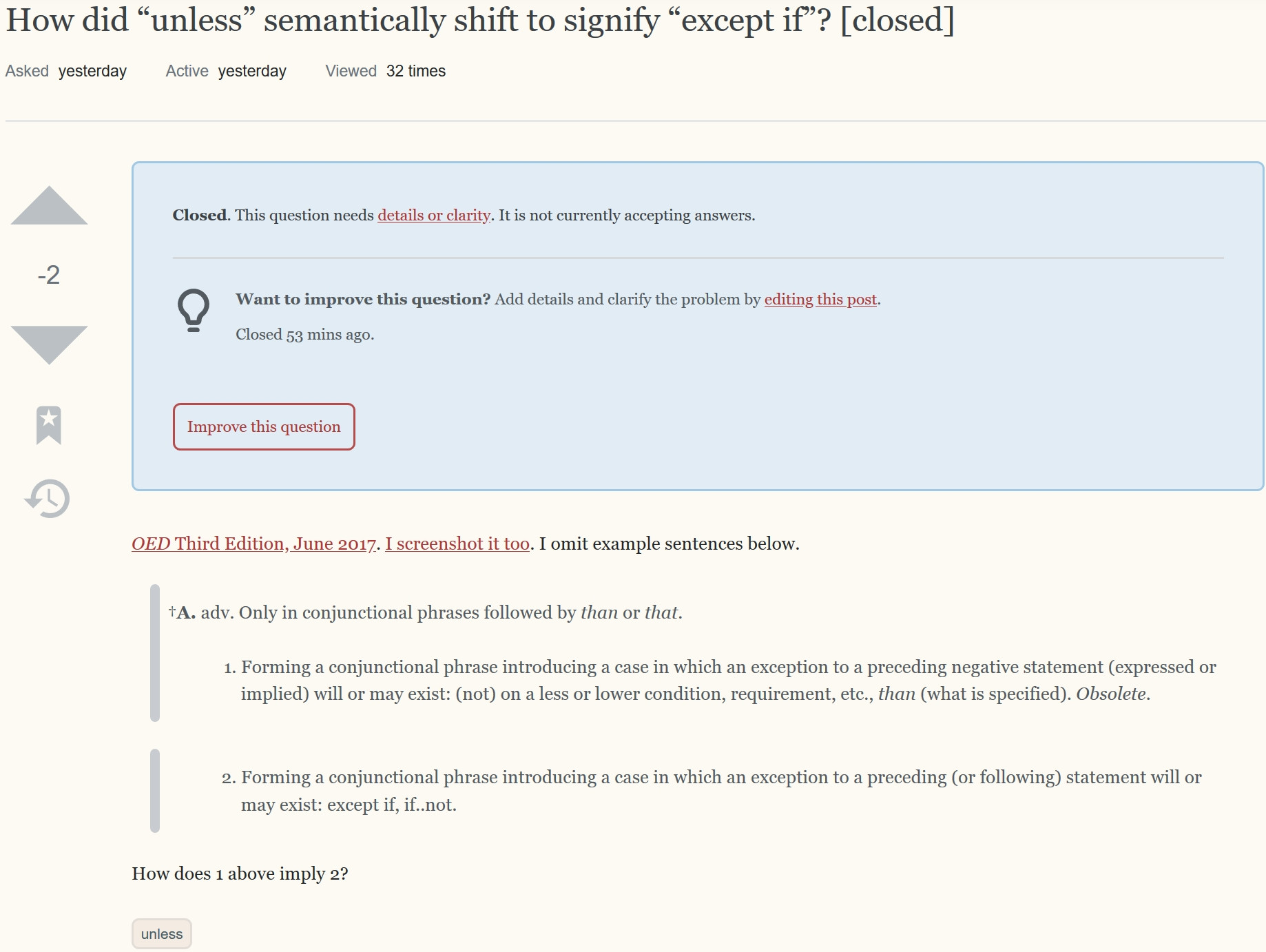 The information can still be found, but it was hidden for a reason. Think carefully if you plan on using that information.

You can still see the list of close voters in the timeline (rewind clock icon under votes on the left) and the edit history, though the latter's not easy to access for unedited questions. The information is also available through other, less convenient avenues such as the API (and therefore the long-unmaintained apps) and SEDE. It might be additionally relevant to note that other high rep users (3k+ rep) can also see the names directly in the close notice.

There is a reason for hiding this information:

We have clear and scary examples of times when users lash out at specific closers because their question was closed or deleted. Up to and including requiring police intervention or having their employers called because of closing someone's question. This isn't OK. I'd much rather a user be angry at the system for closing their question than at a person.

There is nothing wrong with your browser, but seeing who voted to close your post could make the asker angry, illicit revenge-voting, etc. See this answer here for the reasons why the ability to see that info was rescinded.

You can still see the close-voting info in the "Show vote summaries" tab in the timeline on the question, but please be careful with that information.

52
How could we improve our planned post notice improvements?
-5
Where can I see who voted for closing/re-opening a/my question?

150
How do you reopen a closed question?
183
Who are the diamond moderators, and what is their role?
385
Send authors an inbox message if their question is closed
85
Give a badge to users who improve closed questions
250
The homework tag is now officially deprecated
973
Firing Community Managers: Stack Exchange is not interested in cooperating with the community, is it?
139
"Question closed" notifications experiment results and graduation