Within the last like hour or so, the highlighting for many languages appears to have changed. Browsing questions now, I'm seeing code like this: 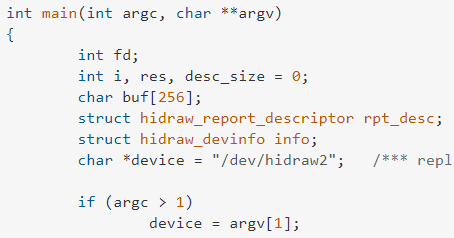 I have to say, as a red/green colorblind individual, this is much harder to read. I think the def in the Python and a few other things are purple, because they don't look black, but I can't even tell for sure. That means that the only coloring that I see here is red, which is itself not a great color for many people.

I'm assuming this is linked to the highlight.js change, but I'm finding it much harder to distinguish different elements after the change. It's unlikely that I'm the only one who's affected by this if this is due to colorblindness.

For reference, this is what I use:

It's the "Darcula" default in Pycharm. The white text is a much better contrast. Maybe I'll just go with @Spevacus' suggestion and get used to the dark theme on SO; especially if this isn't a widespread issue. Here's Stack Overflow's dark theme for reference:

(Softer blacks and whites would maybe be a little easier on the eyes though.)

Addressing accessibility issues is something our design team is actively looking into. We don't have a set timeline yet so I've set the status on this to deferred for now and will update it when we have more concrete plans.

Not the answer you're looking for? Browse other questions tagged discussion status-deferred syntax-highlighting accessibility .

1828
Could we please be a bit nicer to new users?
593
Exit strategies for "chameleon questions"
559
What is syntax highlighting and how does it work?
15
Color of voting buttons hard to discern for colorblind users
38
Make the moderator-only tags more distinct for colorblind users
26
Is it possible to make the annotation and flag counters on profiles colorblind friendly?
490
Congratulations to our 29 oldest beta sites - They're now no longer beta!
307
Goodbye, Prettify. Hello highlight.js! Swapping out our Syntax Highlighter