A few minutes ago, when I refreshed my screen to see the latest set of questions with just my selected tags on the Math site, I got this: 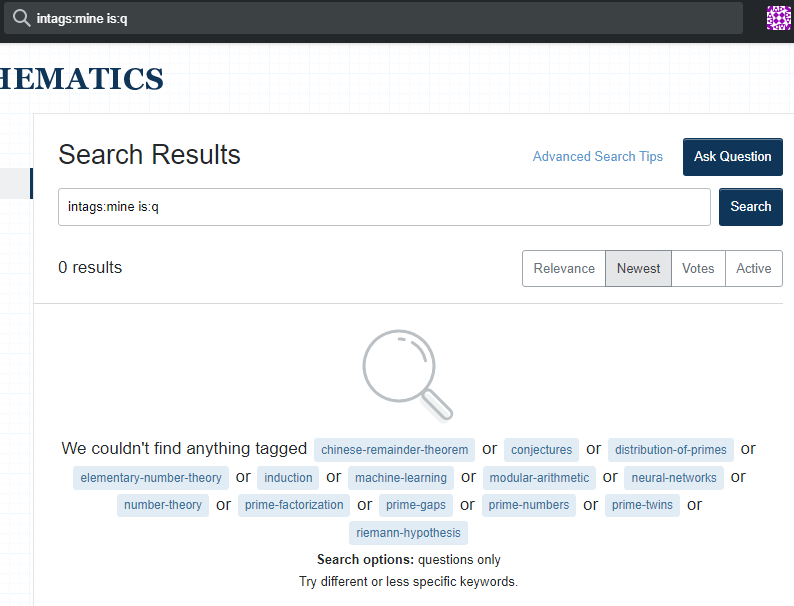 I checked to find I could see all of the questions on this site, as well as Math and MathOverflow. However, trying a refresh again with searching just my tags took a long time, but I got the same result as above. However, the third time I tried this, it then finally worked, with over 59,000 results showing, but I seem to recall there being around 80,000, so it might still not be working properly.

Also, as I'm writing this, I tried a fourth time, and got the error occurring one more time. Thus, it seems to be an intermittent problem. Since the list of all questions for the Math site appears to be working properly, it appears the issue is related to just the search operation. Note I haven't tried it on any other sites, so I don't know how widespread the problem is.

Trying a fifth time, I now got the following error occurring instead:

However, the list of all questions for the Math site is still working, including showing new questions coming in.

Update: It now appears to be working properly, with 78,977 questions showing, which seems to be the correct number based on my recollection of the past values.

Update #2: When I've tried refreshing since then, it's often slow, but apparently works properly. However, just several minutes ago (about 4 hours after I originally posted this), I got this result: 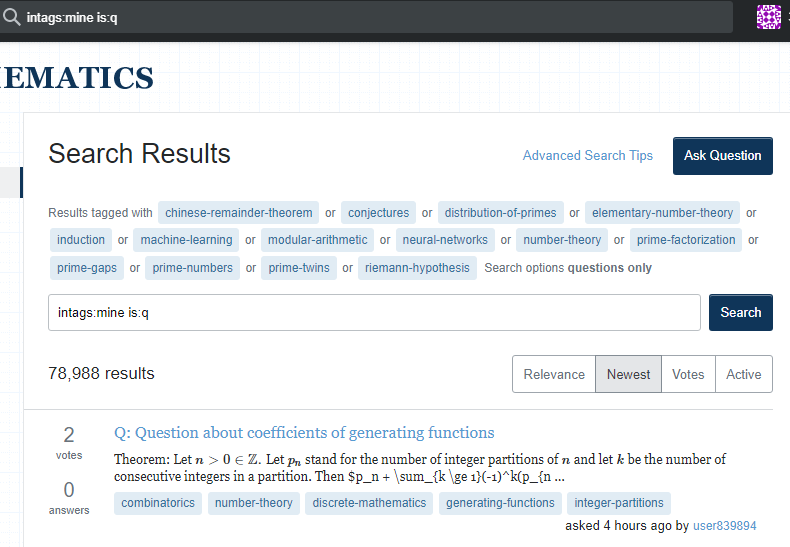 The "newest" question it shows is from around the time when the earlier troubles were occurring when I originally posted this question, but there have been quite a few additional questions since then. Note, though, when I did another refresh shortly afterwards, I got the following: 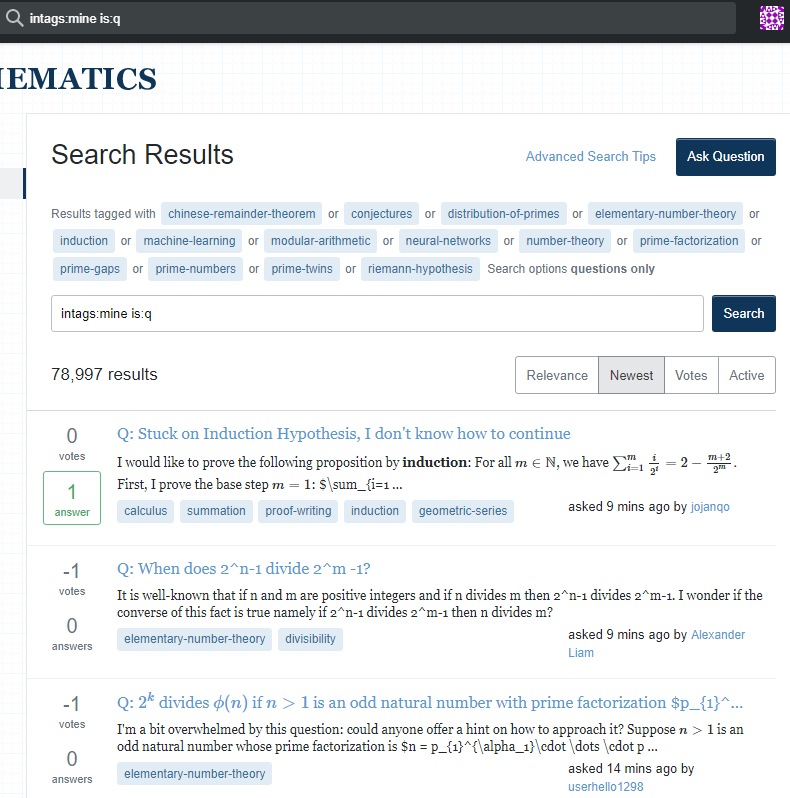 As the light-blue link highlights show, I've already looked at these recent questions, with no more recent ones I saw which aren't showing now. Thus, the system seems to be behaving properly again, at least for now.

Update #3: Just over a week later, this problem is occurring again now, on Oct. 28/20 at about 8:30 p.m. UTC. In particular, trying to search for tagged questions on the Math side, I first got a screen saying there's no results, like the first image in this question, and then a notice the site is offline for maintenance. However, I can still get the list of recent questions on this site, and the ones for just one specific tag on MathOverflow.

Note when I just tried to get the list of my tagged questions on this site, it took a long time, but I did eventually get a list back. However, trying this with MathOverflow, I also got the same offline message, so the issue is not with just the Math site but, I suspect, it's a problem network wide.

I just checked on the Math site to see it has now come back with a list, but it's once again short of what is the correct amount. It shows

I would appreciate somebody checking into this to see what can be possibly done to fully fix the issue so it doesn't keep coming up.

10
Not getting recent results in intags:mine search
8
Intermittently receiving maintenance errors on SE network-wide
4
Period of a few minutes where I was getting error messages with posting and updating a question on this site
5
Slowness or complete failure submitting edits to questions all morning on Stack Overflow

45
Reimplement the broken searching within favorites functionality
80
How to find users by name
340
Jon Skeet now #2 in Reputation Leagues!
237
A new search engine for Stack Exchange
29
Search results are old/out of date
7
I'm getting an error dialog when retracting close votes, but they did seem to succeed
56
The list of related questions is shown empty
18
The "Related" section in the right sidebar is now completely missing for new questions