It's been nine years since this beautiful post that states why we can use some Unicode characters in our usernames, but not others. With that in mind, I'm wondering if there are plans for this to change in the future?

The priority is very likely to be low, but is there a target date?

I assume there's a valid reason, what would that be?

My assumptions are that the answer is no, and that the reasoning is the difficulty behind removing everything but [a-zA-Z0-9] plus additional Unicode characters adds very little value to Stack Exchange while consuming a lot of time to implement.

My question then becomes what's the reasoning behind the restrictions in the first place?

EDIT: I added the emoji to the question title to test a theory, and remarkably it worked. Why does it work there, but not as a display name?

EDIT 2: Wow, I really underestimated how much the general public hates emojis. 😅

My Thoughts on Commented Points:

The mention system is as simple as typing @ and then the user's name. If that user has an emoji in their name you can hit Tab on a computer if their name is highlighted, or click on it if there are multiple matches. If the user's name is simply an emoji on its own, then that's the one being mentioned's problem as they just won't be able to be notified, since they can't be mentioned.

One possible solution to this issue is to automatically supply emoji only users in the list automatically upon entering @ to ensure users can mention them.

Another issue with mentions is the mobile view in web browsers. This has a bug overall that it just doesn't work. It can be adjusted in the future to actually begin working, in which case it would fall back to the desktop functionality.

URLs are currently encoded anyway since there is nothing to prevent a user from entering a valid character (such as ') that would be encoded with a percentage sign. Take my suggested display name for example:

This means that even today, users can, and do have encoded links for their Stack Exchange profiles.

Well, this is covered in the CoC isn't it? 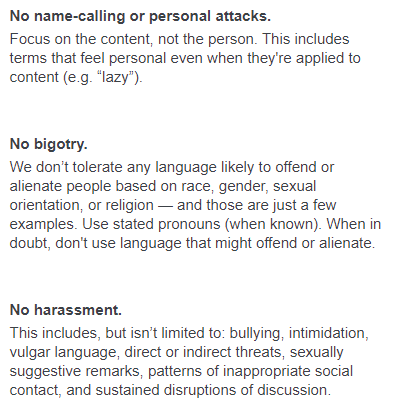 To quote ChrisF (who is a diamond moderator here):

The restrictions are in place to prevent users doing things like adding diamonds to their names to impersonate moderators. So rather than have a list of disallowed characters that must be constantly maintained it's easier to keep a list of known safe characters. If there's a character (or two) not on the list you really think would be useful then make the case for them to be added to the whitelist.

Nothing would stop a regular user from copying a moderator's diamond and sticking it in their username if we were allowed to do this. Besides that, there might be problems with the characters (%ef%b8%8f) of the emoji in the URL - and that's just one emoji. The developers will also have to find a set of emojis that works with configurations they support, and yes, it would have little value for large effort.

So, as emojis don't appear to be a useful set of characters that should be added to the list, I'm going with a no. It might be fun (Taco🌮 :D) at first, but then people would start abusing it.

Not the answer you're looking for? Browse other questions tagged feature-request display-names emoji .