Markdown rendering: Trailing backslash for line break is incorrectly included in URLs but works in preview

I have found a bug with the Markdown renderer which causes a difference between what the preview shows and how it is being rendered after posting. The issue appears when attempting to use a forced line break using a trailing backslash (\), if the backslash appears after an URL.

For example, this code produces the problem: 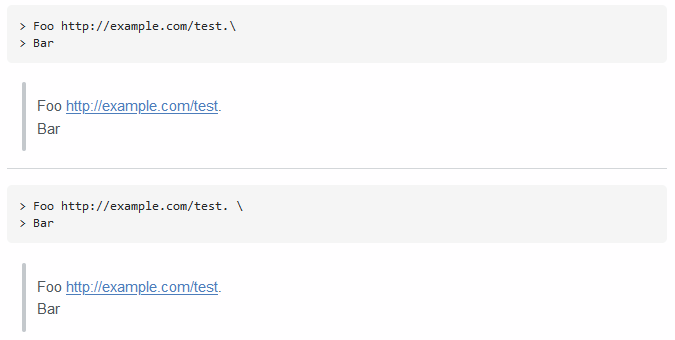 And this is how it is then rendered after posting:

I’ve noticed this on Stack Overflow, but reproduced it in the Markdown sandbox here on meta. Rendered with the commonmark.js, it works correctly as you can see in this example.