This morning, one of my posts was edited but I wasn't notified. It's 51 characters so I think it's substantive enough (I've received notifications for smaller edits), so I was wondering whether it was caused by the fact that it only added a link (so the plain text of the post is identical) and I was intending to post a feature request that such edits should be considered substantive as well.

However, from some science on sandbox posts, it seems notifications aren't generated at all. The last one I got was for this edit which happened yesterday. 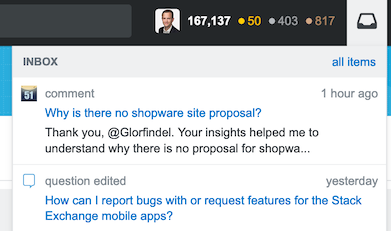 Update: It seems to be by design that the edit mentioned above didn't raise a notification, as Makyen commented that it only changed a link, which doesn't affect the plain text of the rendered post. Further testing confirmed that notifications were being sent for substantive text changes.

However, after posting this question, its title was edited twice, but I didn't receive notifications for either of those title edits. According to this post, users should be notified of title edits to their posts, and the two edits in question were definitely substantive enough. This doesn't seem to have been working for a while; is it an intentional change or a bug?

603
Formatting Sandbox
704
How do I get attention for one of my own questions without a good answer?
417
Decision on rejected edits should be displayed as a notification to the editor
355
Reject an already-approved suggested edit when rolling it back
435
A site (or scraper) is copying content from Stack Exchange. What should I do?
295
How do we encourage edits to obsolete/out of date answers?
950
Firing Community Managers: Stack Exchange is not interested in cooperating with the community, is it?
138
“Question closed” notifications experiment results and graduation