On Genealogy & Family History, the left column in the profile settings is suddenly appearing in Russian instead of English

It's all Greek to me.

Or rather, Russian. Behold my profile preferences: 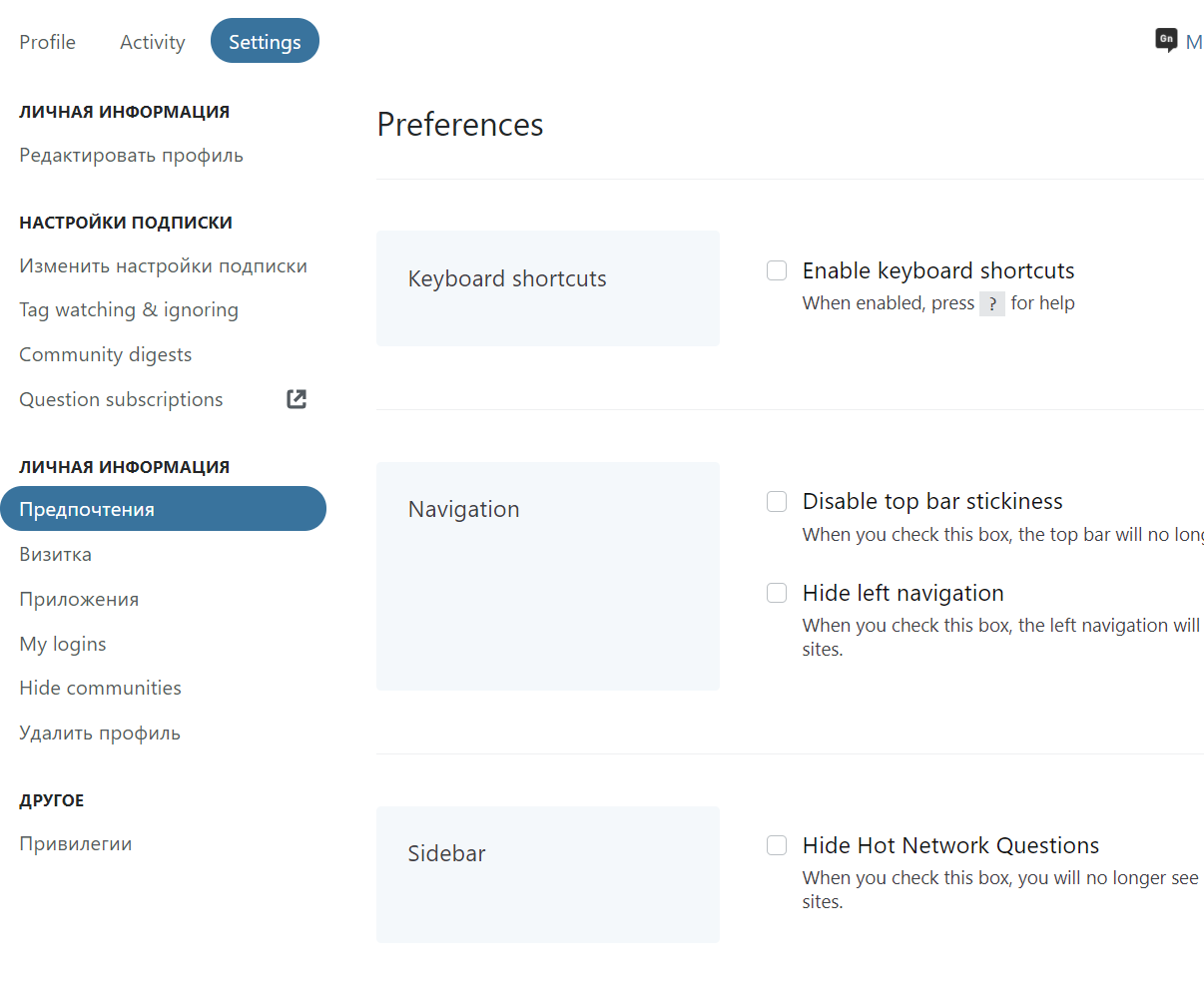 Thank you for the report. A fix has been committed and is now live.

The root cause of the issue was due to (drumroll please)... caching! As part of some work done to prepare the user profile settings nav for a responsive design, I introduced a bit of code to bring this very old area up-to-date with how we create settings navigations on other parts of the site. Part of this change is the ability to cache how the navigation is built, which will give us a bit of a performance boost on the server side of things.

Now, this is all well and good, except I also included the text strings in this cached object :facepalm:. This meant that the very first site to cache the built settings nav also cached the text in that site's language. The result is that when you visit another site, it'll also show the nav in the cached language. In other words, if the first site request that hit the server since the change rolled out was a Russian-language site, it would show in Russian for everyone in all site requests against that server; similarly, if the first site request that hit that server since the change was an English-language site, it would show in English even on the international sites.

The fix was pretty simple - don't cache the text as a string, but instead as a getter function that fetches the correct value at runtime.

Not the answer you're looking for? Browse other questions tagged bug status-completed preferences .

542
How about a "Vote not to close" option to counter the "Vote to close"?
417
Decision on rejected edits should be displayed as a notification to the editor
390
The robo-approvers are killing my will to review edits
122
Control the types of email you receive via our new Email Settings feature
7
Alignment issue in the Edit Profile & Settings -> Preferences page
5
Upper case in the interface of profile settings
717
Dear Stack Exchange: a statement and a letter from your moderators
580
We're switching to CommonMark