I'm browsing in Safari 14.1/iOS 14.7 on my phone using the responsive full site view. Reloading the page fixes the display of the flagged comments. I had the comment list expanded. I was able to reproduce it a few times, but I'm not sure which steps would cause it to happen every time (and I've run out of comments to flag legitimately).

I'm having trouble reproducing this while paying attention to what I'm doing, so I think it's likely that it's something related to me shifting things around or selecting things while dragging the flag dialog around at some arbitrary zoom level.

I caught it happening as I was flagging the second comment as "no longer needed". You can see the light blue square around the flag that I had selected. I did not flag the third comment. I did flag too fast and had to dismiss the warning (I have to do that almost every time I'm flagging comments as "no longer needed", so it could be a factor). Refreshing the page makes the flag go back to unhighlighted. 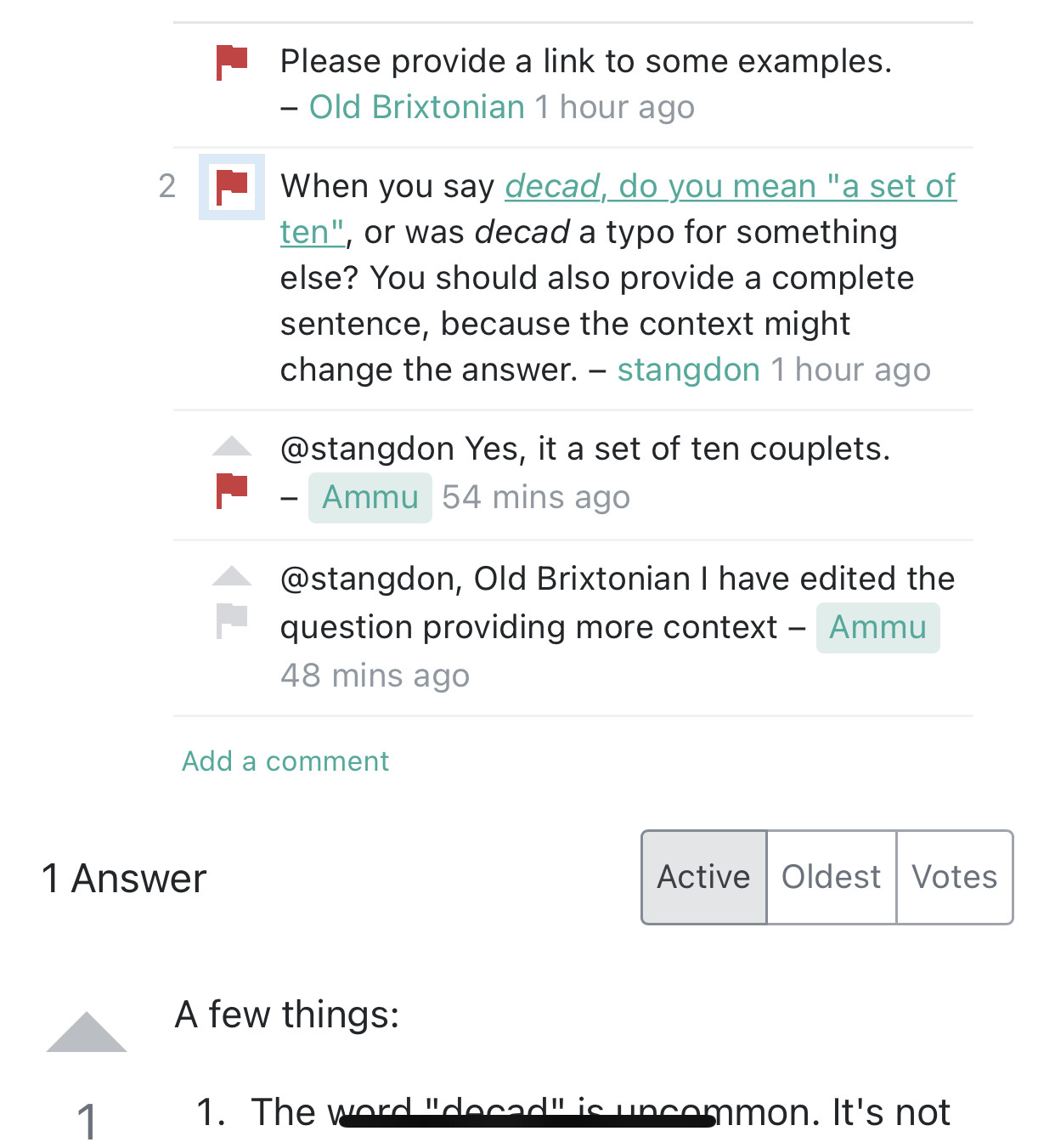 (And there's nothing wrong with these flagged comments; the author updated their question, so they served their purpose.)

Previously, there was a comment that didn't have the flag highlighted between the comment I was flagging and the erroneously highlighted one, so I have a feeling this has to do with the positioning of the comment on the visible portion of the page, not its order in the list.

29
More informative flagging history for comments
35
Flagging obsolete comment conversations
20
Flagging multiple comments versus flagging the whole post for moderator attention
48
Could we have some consensus on how to flag bunches of obsolete comments?
119
Make comment flags less stupid
13
Flagging multiple comments vs. post - again
102
Drop "not constructive", combine "noisy", reword "rude" and "other" comment flags
265
Let's hold language in comments to the same standard as posts
87
Updated comment flagging - Supporting the new Code of Conduct
6
Why is the [I'm Done] button unavailable after only flagging comments in the First Posts review queue?