TL;DR: I completed a Reopen votes review by myself, as a non-mod, and it seems I was able to do so because my "Leave Closed" vote combined with two others from a previous, invalidated review. Is this intended behavior?

Relevant events from the timeline of the question:

Later the question was edited, sent for review again, and reopened. There were also various comments, now deleted, and I edited the question outside the queue for grammar a little before voting to Leave Closed. As far as I know none of those should matter.

The relevant part of the big honkin' flowchart from the announcement post is: 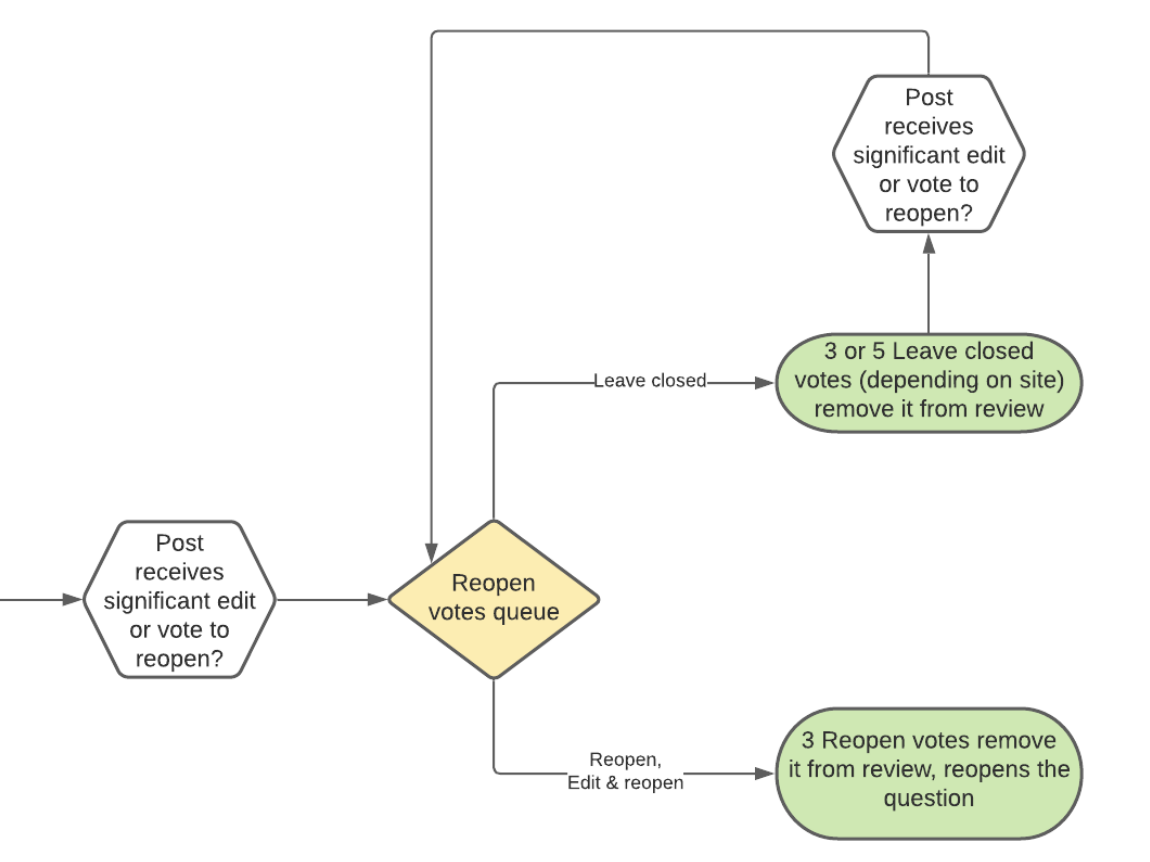 The first Reopen votes review works fine by these criteria, as it was properly invalidated once the post was deleted. However, the second review fulfilled none of the criteria, unless for 'Three "Leave Closed" reviews' we count the two previous reviews. From the "left closed in review" event it seems this is the case. However that review had a different initiating edit and a different ID#.

Just deployed a fix for this. We did in fact unintentionally combine invalidated leave close votes with new ones. The fix is in place so this issue should be resolved. Thanks for reporting!

Not the answer you're looking for? Browse other questions tagged support status-completed review vote-to-reopen .

237
Review queue workflows - Final release
55
When is a review task "completed" or "invalidated"?

501
How does deleting work? What can cause a post to be deleted, and what does that actually mean? What are the criteria for deletion?
588
How does the bounty system work?
85
Can we get some more review queues - questions with delete votes, recently closed etc.?
536
The current review system encourages fake reviews; some people upvote everything rather than actually fixing problems
391
The robo-approvers are killing my will to review edits
55
When is a review task "completed" or "invalidated"?
973
Firing Community Managers: Stack Exchange is not interested in cooperating with the community, is it?
187
Testing three-vote close and reopen on 13 network sites
237
Review queue workflows - Final release