The UI of https://support.stackenterprise.co/ is terrible in smartphone to be honest.

There is a lot of empty space on both the sides. 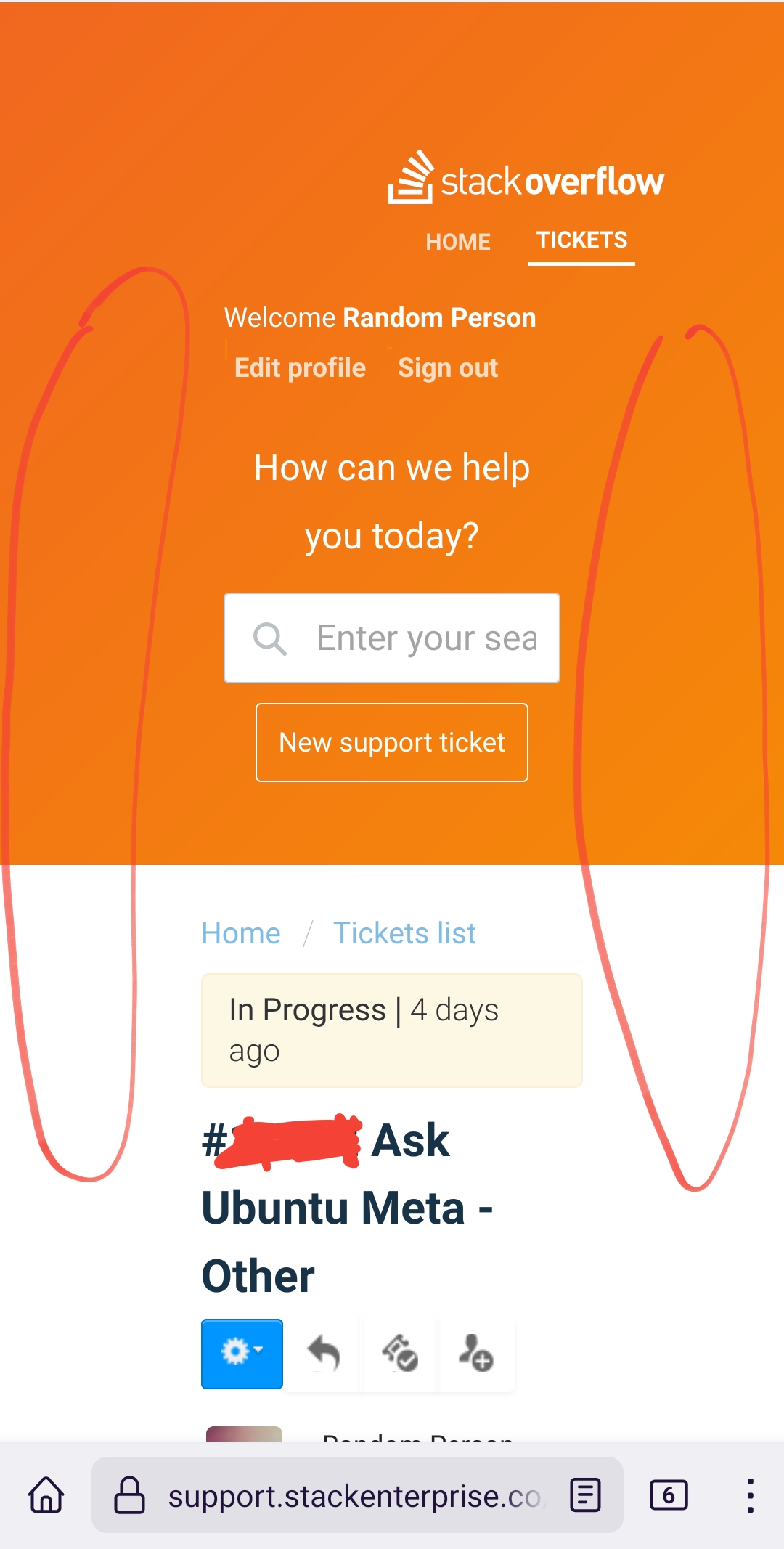 Also, it is not obvious to a new user what these icons represent.

So the culprit here appears to be this one line:

That was being applied to the page class, which is the big piece that contains everything. I don't know if that was a part of Freshdesk's default styling or if it was added in at some point, but it doesn't seem to have been doing anything but forcing 82px of padding on either side of the box. Which is weird given the class already has a padding: 24px on it and doesn't need implicit padding from its width.

I removed it to see what would happen, and having testing on many different pages I saw no difference whatsoever other than fixing the view for smaller devices. I'll just remain baffled at why it was added in the first place.

Not the answer you're looking for? Browse other questions tagged feature-request status-completed contact .

12
Did Stack Overflow/Stack Exchange shift from Jira Service Management to something new?