How is the consecutiveness determined for the Consensus, Rapport and Harmony hats?

This is related to Why am I not getting the Harmony hat?, but it's not a duplicate of that question.

I completed 25 suggested edit review tasks where my Reject/Approve decision matched the majority of reviewers.

Here are the reviews. You can't see from the image that my vote matches the majority of voters, but you can check it on my profile page. 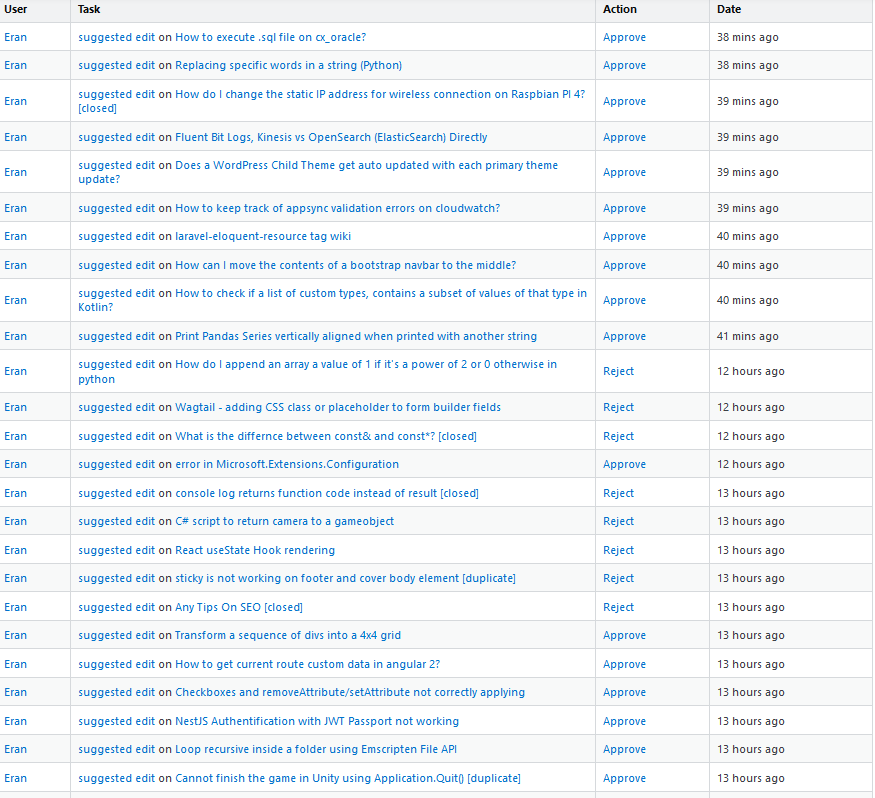 In some of the reviews all the reviewers agreed with me. In others, one agreed and one disagreed (which means that, in addition to my vote, I was in the majority).

Therefore, the possible reasons I can see for not getting the Harmony hat are either:

Thanks for pointing this one out.

Turns out we had a slight conversion issue (integer division, anyone?) when calculating if a user agreed with the "majority", this was specifically excluding 2/3 scenarios (where the user voted X, someone else voted X and a third person voted Y) and similar.

A fix for this has been pushed, and I can see that you've been awarded the hat! Congratulations!

Thanks for reporting, appreciate the help.

Not the answer you're looking for? Browse other questions tagged discussion bug status-completed winter-bash winter-bash-2021 .

4
Why am I not getting the Harmony hat?

119
Rate limit suggested edits
127
Let's get rid of the 10K flag queue
49
How does the review-needed indicator work exactly?
2482
Firing mods and forced relicensing: is Stack Exchange still interested in cooperating with the community?
187
Testing three-vote close and reopen on 13 network sites
237
Review queue workflows - Final release
4
Why am I not getting the Harmony hat?