Sometimes, when close-voting, the question gets closed and subsequently reopened in very short order. If attempting to recast a close-vote, this dialogue appears: 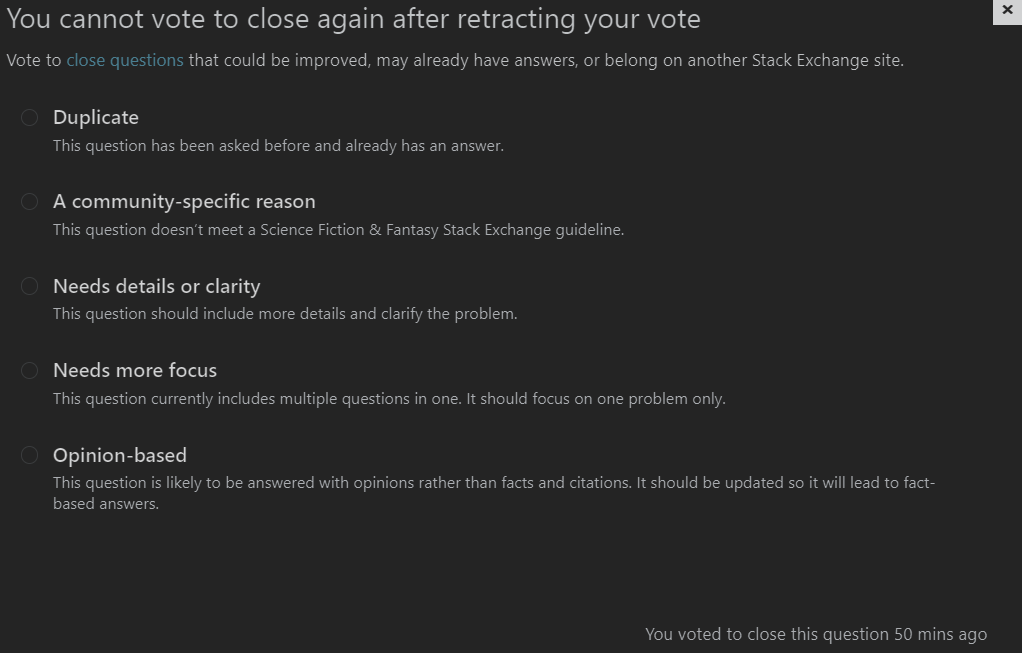 It tells me that I can't vote to close again after retracting, which would be true if I had retracted the close-vote. I hadn't:

Related sync issue if the timing of close/reopen makes a difference.

Another post re panel notices and vote-retractions, marked status-completed, but not.

550
How about a "Vote not to close" option to counter the "Vote to close"?
16
Retracting close vote does not refresh tally
102
Allow another close vote after retraction
0
Retracted close vote still appears when question is closed?
5
iOS app should tell me I've already voted to close, and allow retraction
19
Retracting Close Vote, included in the Vote To Close menu?
5
Close vote retraction confirmation prompt incorrectly says re-voting is never allowed