This maintenance is finished as of 01:29 UTC.

Planned service interruption that will impact all Stack Overflow & Stack Exchange sites, Jobs, and Chat. All sites may be read-only for up to 90 minutes beginning shortly after Friday, 18 March at 00:30 UTC (Thursday, March 17 at 8:30 PM EDT). Enterprise cloud hosted instances will not be impacted.

There will be a service degradation for up to 90 minutes starting at 00:30 UTC on 18 March, 2022 (March 17 at 8:30 PM US Eastern Daylight Time). During that period, questions and answers will still display, and job listings and ads will still display. However, the site will be "read only" — i.e. people won't be able to add/edit new job listings, apply for jobs, post, edit or vote on questions/comments/answers, reputation won't change, etc. Users will not be able to log into Stack Overflow for Teams (free/basic/business tiers) while the site is read only. This should minimize the disruption to the majority of casual readers. We will display a banner on the sites stating that they're read-only for maintenance.

Our primary database servers – which power Stack Overflow, Stack Exchange, Chat, and other things – run out of New York (really New Jersey) with our secondary location in Colorado. When we need to perform maintenance on the primary servers, we need to failover to another server so we can patch, upgrade, and reboot them.

When we perform patching for our database servers, we generally patch secondary servers first, then fail over the primary server to a patched node, then patch the former primary (post-failover secondary).

For the time being, we place the site in read-only mode as part of this process, as we continue to work with Microsoft to troubleshoot a performance issue we have during failover. Taryn Pratt mentioned this in a comment back in July and, unfortunately, this is still the case.

What we'll be doing

During the service interruption, we'll be performing failovers from the primary database servers to the secondary servers in New York for the SQL Servers that support Stack Overflow, the Stack Exchange Network, jobs, and chat. This will allow us to patch the former primary SQL Server with the latest Windows & SQL Server patches.

We expect that the sites will be in a read-only state for 30 to 60 minutes, however we like to leave a little room. Once we've done the failover, and everything seems to be up and running, we'll take the sites out of read-only mode.

Please post a comment or answer below; I'll do my best to address any concerns between now and the maintenance window.

Despite the maintenance being listed as finished in the question body and also in this tweet, Math.StackExchange is still in read-only mode: 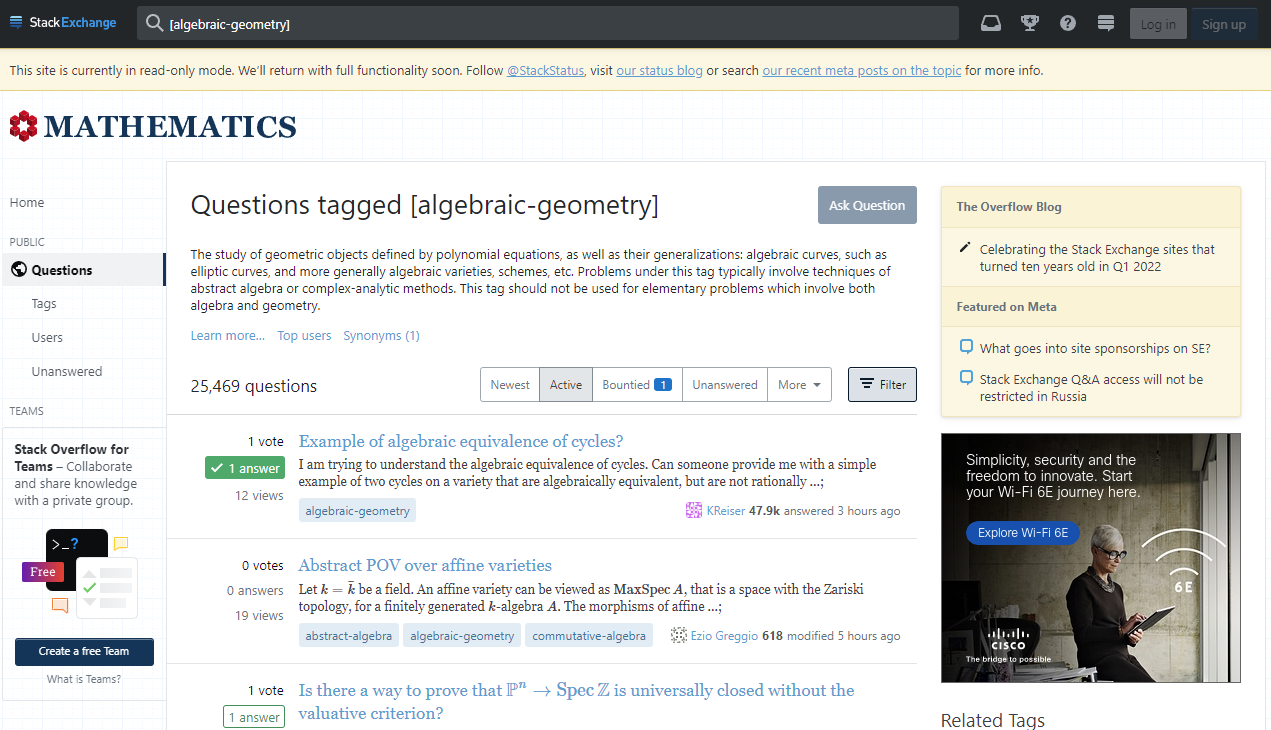 Not the answer you're looking for? Browse other questions tagged discussion announcements maintenance .