Here is a screenshot (freehand red circle included) of the "API" list item misalignment when the @media screen and (max-width: 980px) media query kicks in for viewports of less than 980px width:

The "API" and "Data" list items constitute a separate semantic group, however, they are considered to be a part of the "Stack Exchange Network" unordered list in the HTML markup with only visual separation (via the mt16 CSS class increasing margin-top for the first element which happens to be the "API" list item).

The above obviously leads to the "API" list item being pushed to the bottom. Moving the two list items to a <ul> and applying mt16 class to it would have prevented the issue from happening (content simplified for brevity):

This bit of CSS also causes trouble in the normal view: 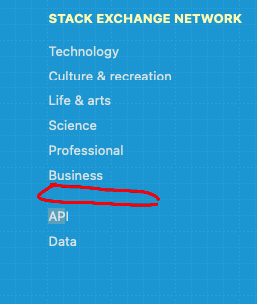 Where there is a white row between all the different elements. This might be intentional, but then this is the wrong fix for the "problem".

The right fix would be to apply a margin-bottom to the previous element in the list, as that doesn't offend the display when shrinking to different screen widths. 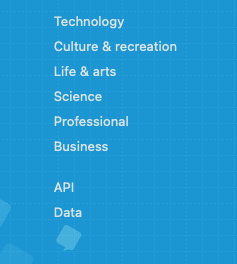 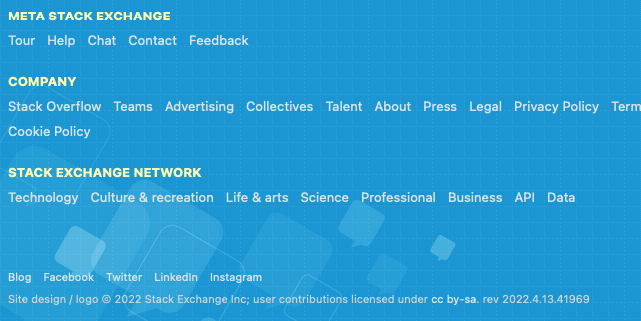 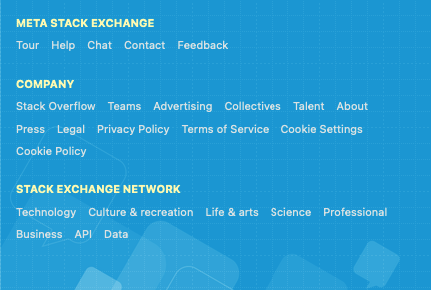 Not the answer you're looking for? Browse other questions tagged bug status-review design footer .

29
Can we clean up the footer?
44
Right-hand sidebar covers the footer on the "ask question" page and markdown help page
35
Science sites are no longer listed in the footer
13
What should be in the footer?
3
Invalid indent for site names in the footer when page width is small
3
Header and footer width is not enough in iOS
101
Reducing the weight of our footer