Of the 595 developers surveyed, a sizable portion had no idea what we were talking about: 36% responded with “What’s Web3?” Of those in the know, 25% think Web3 is the future of the internet, 15% think it’s a bunch of hype, 14% think it’s important for crypto and related apps, and 9% think it’s all a scam.

This paragraph is followed by a graphic with different data: 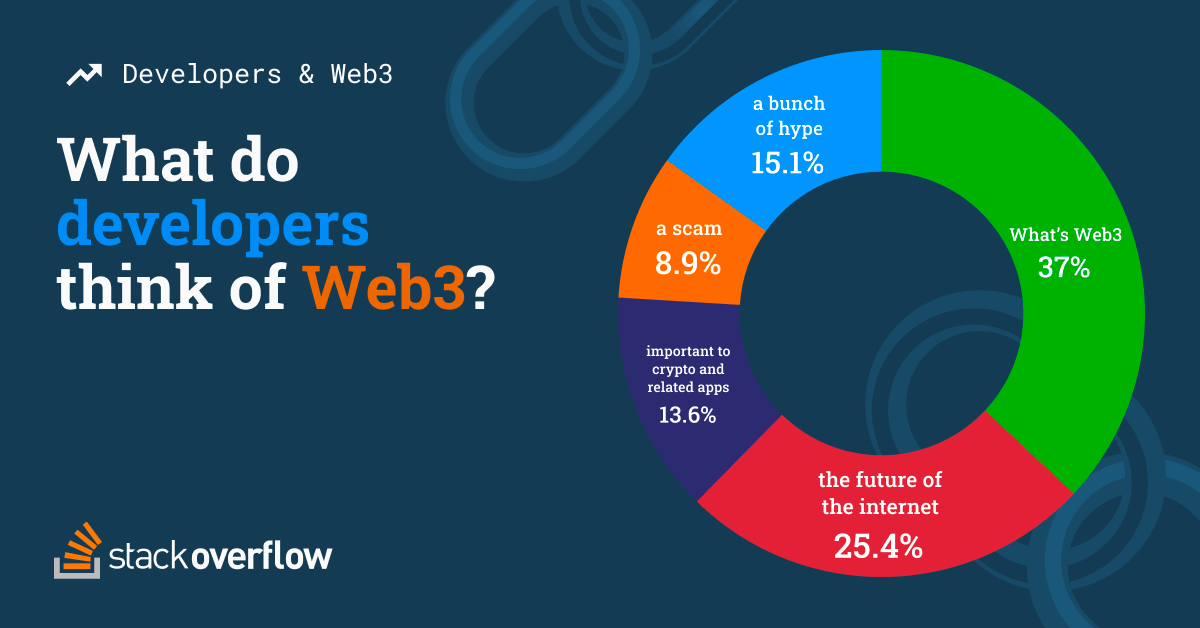 There are several errors here when comparing the text to the graphic:

bug status-completed blog
Share
Improve this question
edited May 16 at 16:53

Those off-by-one errors are legion. I've fixed this, and we'll use whole number percentages in the future to avoid this issue.

Not the answer you're looking for? Browse other questions tagged bug status-completed blog .

235
Resizing an image in a post?
73
Make the New blog message disappear after reading it
188
Using the Stack engine for the blog – a long-term idea for maintaining a healthy blogging culture
9
Misleading sentence in blog post
7
Another blog formatting error
9
Where's the Strangedupe blog post?
115
Remove misleading statements from the blog and the tour pages
145
Who is the intended audience for the Stack Overflow blog?
148
A deeper dive into the May 2019 security incident: blog post feedback
8
Latest blog post redirects to stackoverflow.blog