When submitting an edit after casting a reopen vote, the checkbox "This edit resolves the original close reason and the question should be considered for reopening" can't be unchecked: 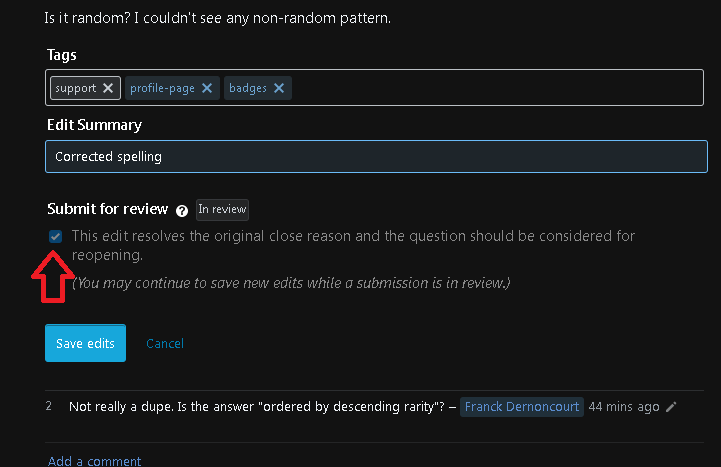 Feature request: Allow users to uncheck "This edit resolves the original close reason and the question should be considered for reopening" when submitting an edit after casting a reopen vote.

One major place where this ends up becoming a problem is if one believes that a question in its current state doesn't violate any site rules, but there are some minor grammar or formatting edits that are necessary. Any edit made with the box checked will show to reviewers as one that attempts to reopen the post, and will trigger showing the revisions by default. What often happens is that reviewers only see the minor edit and review to leave closed, without checking the question before the edit to see if it still violates any site guidelines. When making an edit before voting to reopen, there's a way to mark the edit as not attempting to reopen the post, but that's not so when editing after voting to reopen.

feature-request suggested-edits vote-to-reopen
Share
Improve this question
edited May 27 at 23:01

This isn't what happens, at least not with the current system. At the top of the review, it shows a list of the edit summaries that were made since closure. Underneath is a diff that is a combination of all those edits. Take this review for example. I made a small edit to the body, and the review diff shows all the changes: 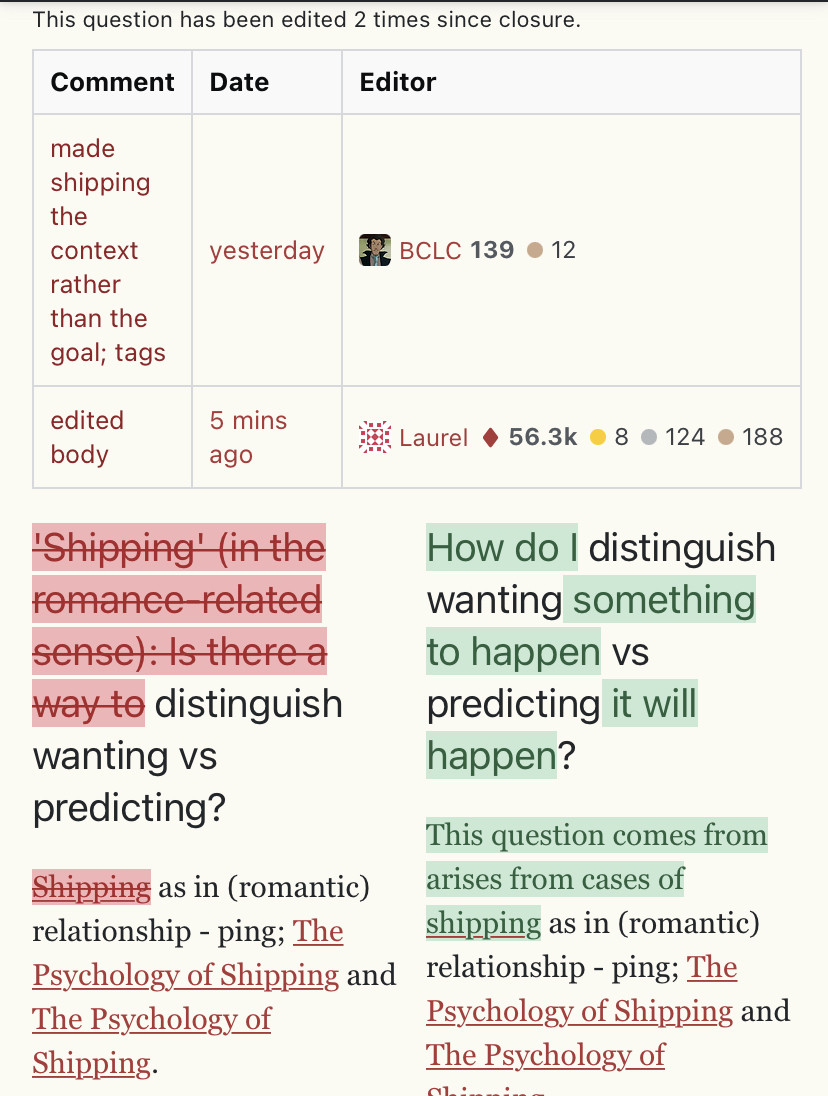 It can feel weird to edit a post and see that box be checked. But the current behavior works just fine. It's a good way to be reminded that the post is in the queue.

Not the answer you're looking for? Browse other questions tagged feature-request suggested-edits vote-to-reopen .

551
How about a "Vote not to close" option to counter the "Vote to close"?
155
How do you reopen a closed question?
303
How do suggested edits work?
419
Decision on rejected edits should be displayed as a notification to the editor
394
The robo-approvers are killing my will to review edits
421
Add an "I don't understand" option for review audits
298
How do we encourage edits to obsolete/out of date answers?
189
Testing three-vote close and reopen on 13 network sites