No audio in Ep. 455 and discrepancy in episode numbers 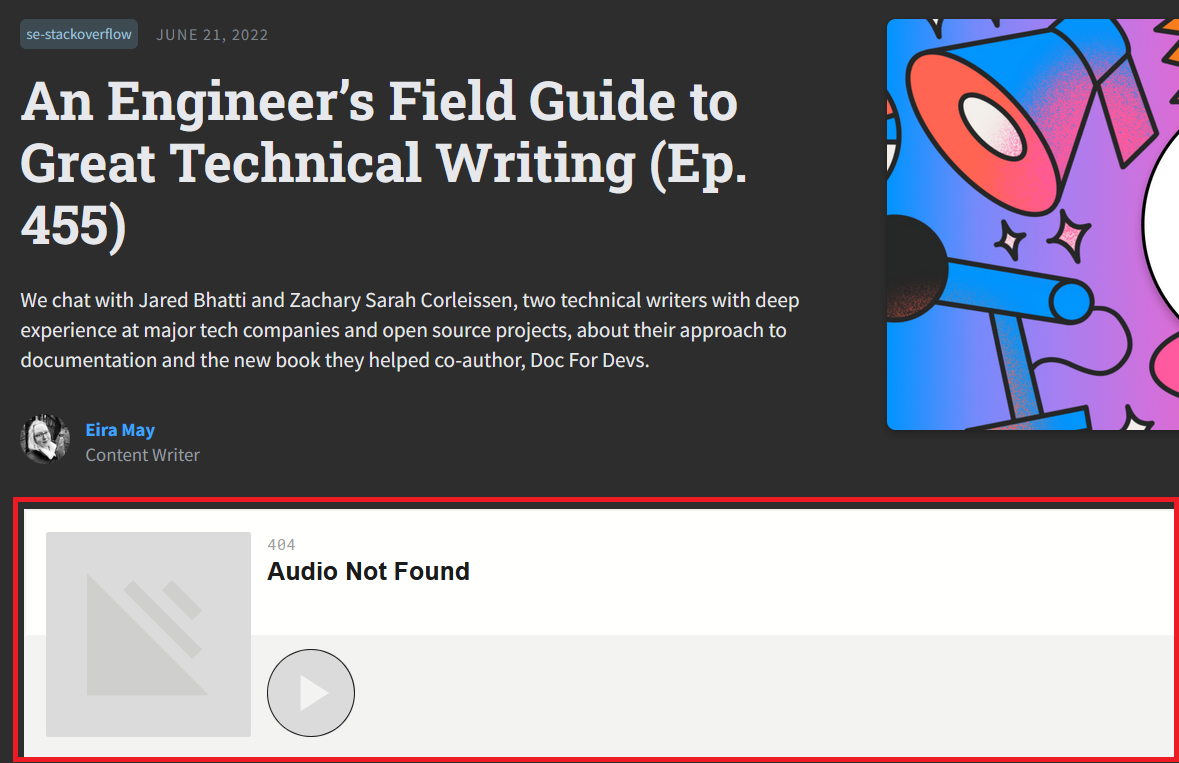 The audio issue in the podcast player has been fixed:

Regarding the mismatch in the episode numbers, at some point(s), there were other podcasts (different from the usual stream of podcasts) which did not include the episode number in the title of their respective blog posts, but they still counted as episodes.

For example, there is no discrepancy in the numbers from Podcast episode 220 to Podcast #256, but there are two blog posts after it (Podcast – 25 Years of Java: the past to the present and Java at 25: Features that made an impact and a look to the future), whose titles did not include the numbers 257 and 258 (as they were different from the usual stream of podcasts1), but the podcast players did include these numbers (as they still counted as episodes). So the count for the usual stream of podcasts continued from where it had last stopped (i.e., 256), and therefore, Podcast #257 has 259 in the header of the player.

1 There's a note in the first blog that reads: This week we have two extra podcast episodes for you, sponsored by Oracle, which is celebrating 25 years since the creation of the Java programming language. This is part one. You can find part two here.

Not the answer you're looking for? Browse other questions tagged bug status-completed blog podcast .

2
"Title *required - at least 15 characters" error hard to see
6
Tag wiki excerpt edit link triggers page not found error
5
Suggesting tags based on question body and title is fluffing sweet. Can we have this on SO?
26
There's no way to tell if a question has been closed
77
Dismiss the "Meet The Overflow" and Podcast Episode banners network-wide
720
Dear Stack Exchange: a statement and a letter from your moderators
5
Blog post announcing today's podcast is missing the link to the audio
582
We're switching to CommonMark