Why does Stack Overflow not work? It says the site is offline 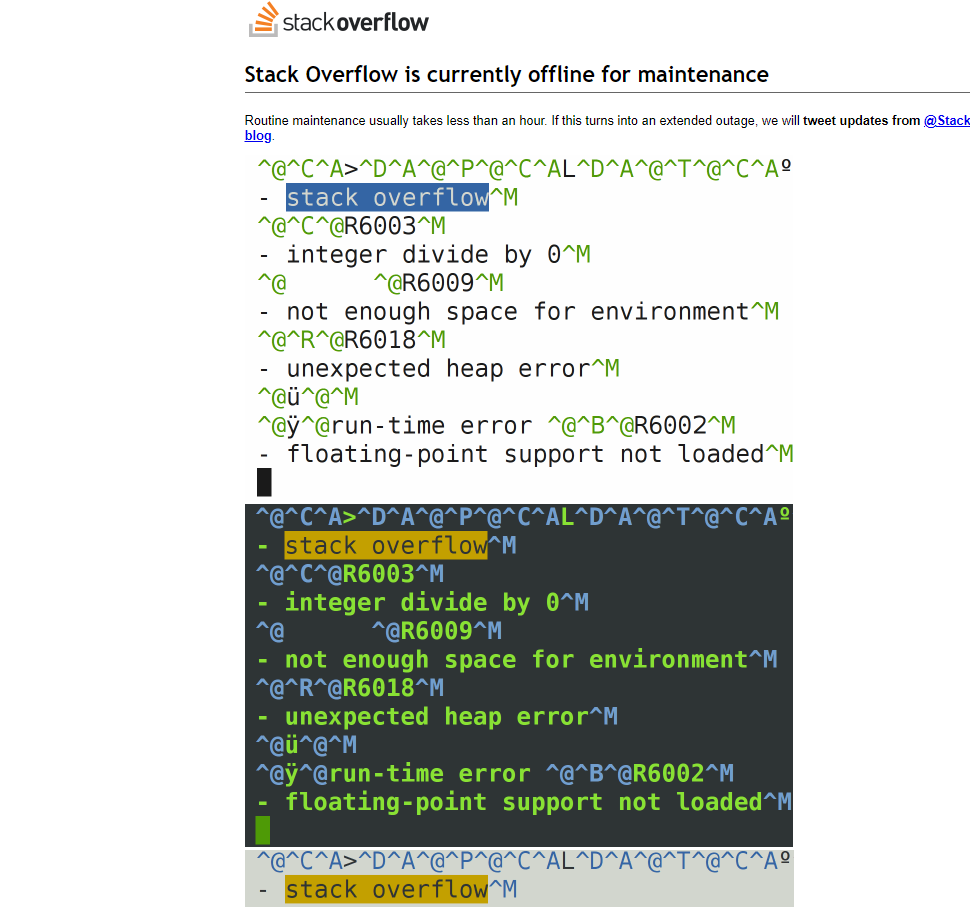 Why do I have this error?

At the time you posted your question, sites across the network aside from Meta Stack Exchange (this site) and Meta Stack Overflow were experiencing frequent outage with very intermittent spurts of normal operation. The downtime lasted for a couple of hours. Meta SE and Meta SO staying up appears to be due to them being hosted on separate servers from the rest of the network.

Per this Stack Status incident, the problem appeared to be due to an "unusually high load on our servers", thus making this very much not a planned downtime, as the error page you saw mentions. Stack Exchange site reliability engineers made "some adjustments to our back end systems to try and mitigate the ongoing issues", which seems to have, at the present time, resolved the problem.

The incident's status is still set to "degraded" which means Stack Exchange is not quite satisfied enough to mark the incident as resolved. Once that changes, we can be somewhat confident that this outage, specifically, has been fully mitigated.

Not the answer you're looking for? Browse other questions tagged bug .

113
The cardiologist can't tell if my heart is beating!
5
Stack Overflow Careers / About Page says there are "0 top Stack Overflow users"
26
Why does the reputation dropdown not show this upvote?
123
Does not work on Netscape Navigator 3.0
14
Stack Overflow loads extremely slow and sporadically appears as offline*