Ask Question
Asked 11 years, 11 months ago
Active 7 years, 9 months ago
Viewed 1k times
25
This question is unlikely to help any future visitors; it is only relevant to a small geographic area, a specific moment in time, or an extraordinarily narrow situation that is not generally applicable to the worldwide audience of the internet. For help making this question more broadly applicable, visit the help center.
Closed 8 years ago.

I'm specifically interested in adding translation for baby language, look how my son looks confused at the current interface in English: 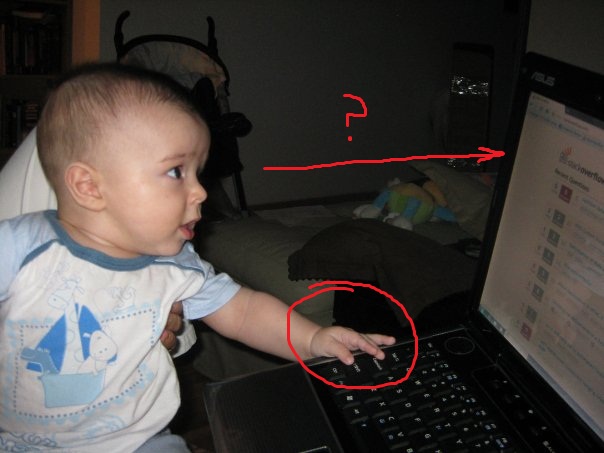 He even tries to ALT + TAB to get away from it, but his fingers aren't long enough yet.

If you don't implement this ASAP, you'll lose the next generation of programmers to a rival site.

Edit: Perhaps this could be adapted for my feature-request. 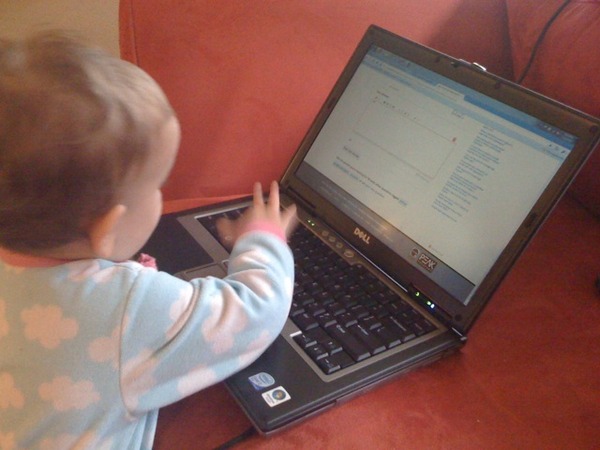 I, for one, absolutely need this feature implemented. I am so sick of having to open up Google translate to translate SO into my native Klingon before using it. Do you have any idea how complicated it is for a severed head living eternally in an infernal jar to go through the extra clicks and menu navigations of Google translate in addition to the already-infuriating Stack Overflow controls?

It's practically impossible, let me tell you. It's a wonder I can use this website at all through my overactive force of will alone! A lesser head would have given up a year ago, but still I press on in spite of the massive oppression and poor accessibility to post-human users.

Rise up against the oppressive corporocentric majority! Cephalocentrism will be the new way of the world!

Stackoverflow does not cater to infants, and has no plans to do so in the near future.

Please set your infant's bookmarks to http://www.diaperoverflow.com which I'm sure will meet his needs better than SO.

I don't agree with this (nor this) [feature-request], but the Google Language AJAX API can be used to have inline translations to any language that you'd like, using only Google's resources.

Not the answer you're looking for? Browse other questions tagged feature-request user-interface fun .

72
How does Meta Stack Exchange work?
25
Cannot see duplicate votes when out of close votes
18
New Stack Exchange Search, Try it out!
-2
Provide some kind of on-the-fly translation - E.g. French to English

164
Add markdown support for hidden-until-you-click text (aka spoilers)
396
Add a way for moderators to cast a normal, non binding close/open vote
47
Add syntax highlighting for the MATLAB language
416
Add an "I don't understand" option for review audits
85
Raise an automatic flag for spammers
145
Can we disable automatic community wiki conversion for answer edits?
299
Add optional box for spam flags letting you say why you think it's spam