Two close votes and only one person has viewed the question? 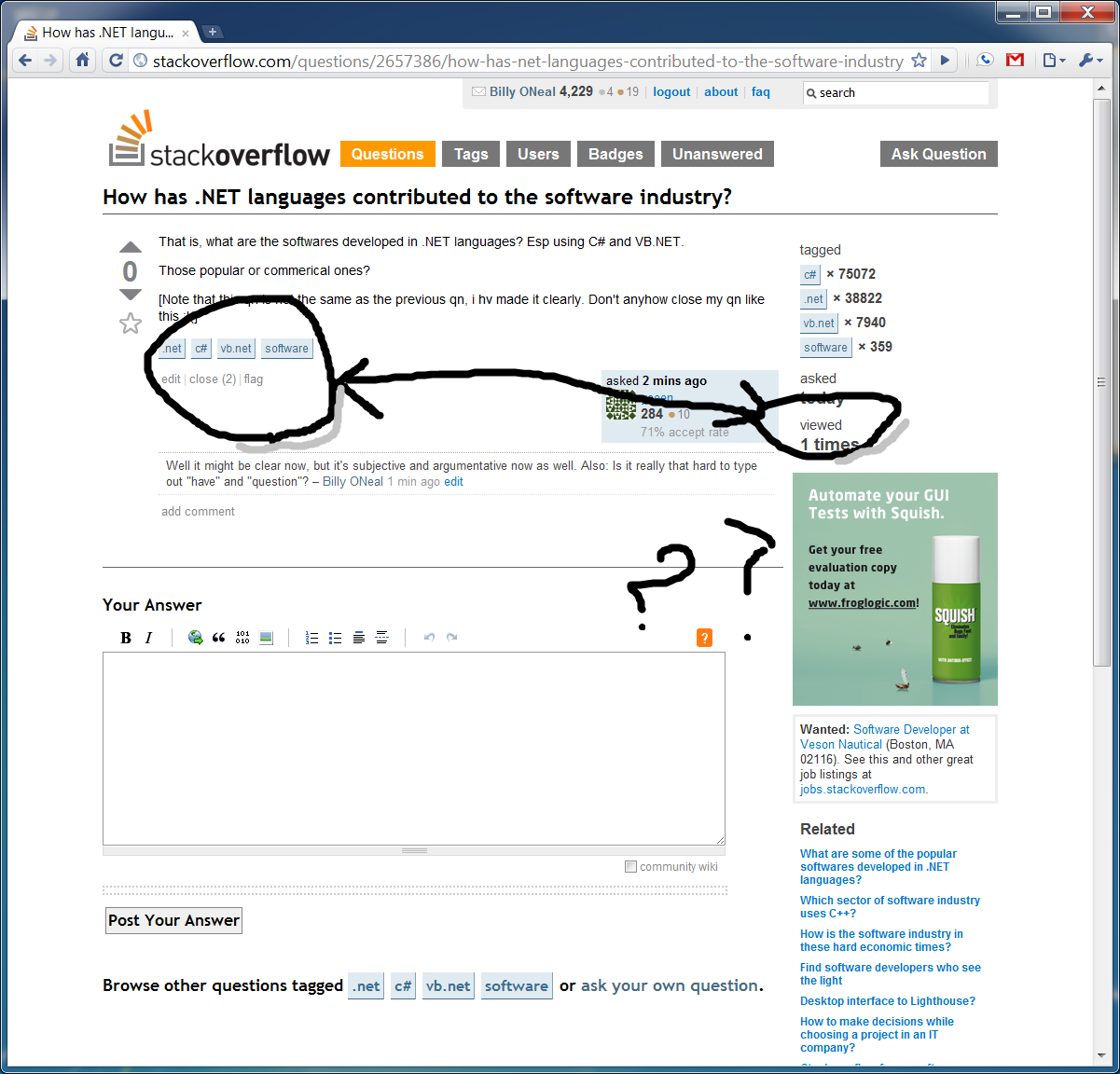 How did this happen?

Likely due to caching. Close-vote counts are probably not cached, since that information is extremely important and prone to change rapidly. This, however, is not the case with views which could be cached and updated in longer periods.

Since other questions are being pointed here as dupes, I'll update this question. From a technical standpoint, this was a separate issue than we have currently with caching. Since this question, we greatly changed how ViewCount is stored/processed/updated.

This should improve the UI since a new question is where this caching is more apparent/strange looking.

Keep in mind this doesn't solve the issue, it just improves it. It would cause mass chaos to update the database on every view hit, so we collect a few before doing a batch update on each web server (30 on most sites, 300 on SO). It's still possible (mainly at slower times of the day) to see some mis-match like the above screen shot, due to those close voters having views in a buffer that hasn't got enough views to flush yet for example, or just the 30 second caching itself.

Not the answer you're looking for? Browse other questions tagged bug status-completed views .

538
How about a “Vote not to close” option to counter the “Vote to close”?
1189
Encouraging people to explain downvotes
849
Can we have the ability to retract a close vote before it closes?
12
Can one person have two votes to delete?
417
Decision on rejected edits should be displayed as a notification to the editor
389
The robo-approvers are killing my will to review edits
250
Increase close vote weight for gold tag badge holders
104
Age close votes after 14 days, regardless of views, allowing recasting
715
Dear Stack Exchange: a statement and a letter from your moderators
577
We're switching to CommonMark