The follow count for proposal "Bicycles" seems to be out of sync with actual number of followers (see screenshot below). The count is zero in all the views I have seen, including the main page and stats page (if it is followed). 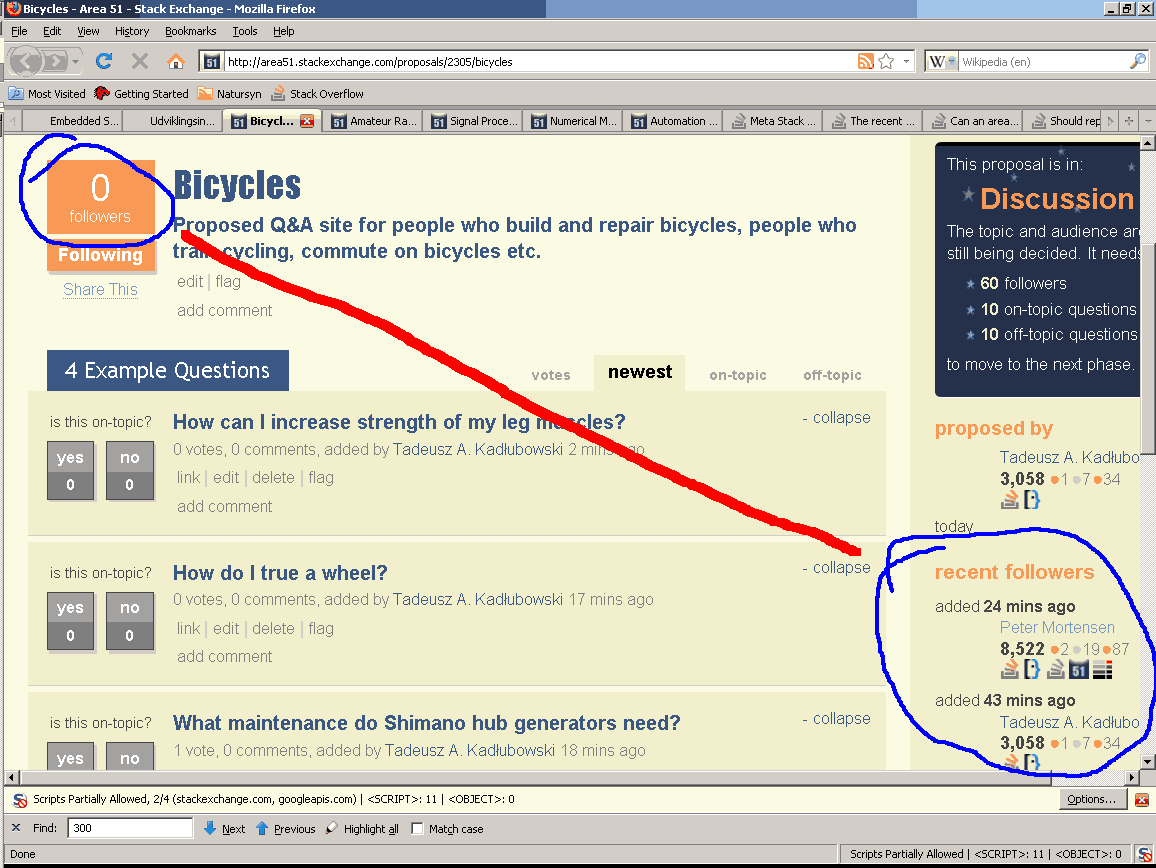 This has been fixed. If new people sign up for the site, we don't count them as followers until they have verified their email address. However, they were still showing up in the list of followers.

It would be nice if this could get fixed, or at least clarified. I have a proposal that currently says 16 followers in the top-left orange box, but the recent followers list shows 21 users. It would be good to know what the real number is. Do I have 16 followers or 21? Do I need put more efforts into attracting followers than I'm already planning? A lower count on the proposal master list could have a negative effect on the proposal, leading people to think it's less popular than it really is.

My SWAG is that it's some kind of hybrid between caching and denormalization in the database.

EDIT:
Thinking that this might be a bug now. Looking at all of the profiles of the users who are following my proposal, it shows that they still are following it. The "Following" count has gone from 20 down to 16 today for whatever reason.

EDIT2
Ah, ok. Now the list is synced up with the follow count so it must be a caching thing. Dang, lost some followers then.

Not the answer you're looking for? Browse other questions tagged bug status-completed area51 followers .

239
Can we prevent some of the low-quality questions from entering our system?
4
Should we merge area 51 proposals to attract more followers?
410
Decision on rejected edits should be displayed as a notification to the editor
2
Number of answers to a question doesn't match the number shown in list?
7
Bug on careers 2.0 with profile views count
7
The number next to the featured tab is incorrect
38
Exclude comment flags from the helpful flag count during moderator election
35
PSA: When linking to an Area 51 proposal, don't link directly to “follow”!
158
Writing.SE clamours for graduation