Where did all of the downvotes go?

Yesterday I had about 700 downvotes on Meta. Today I have 5. Look at my profile if you don't believe me. Shoggy, too. It looks like every user's downvotes have been removed from the system.

Huh? That can't be right. Downvotes appear to be unchanged on SO itself.

What gives? I can still downvote and my new downvotes appear, but all of the old ones are gone. Did Waffles break something?

This was completely my fault - the downvotes have been restored.

This was related to question migration and mapping unassociated accounts on the destination site - this is why MSO was affected.

Downvotes were incorrectly set to the wrong target user, which made our serial downvoting task delete them. But since this Vote.TargetUserId is a "denormalized" field (it's the Post's owner), fixing them wasn't too difficult.

In the future, please don't downvote so much :)

I firmly believe that this is a travesty. As someone with little to offer but my time and extensive vocabulary, my votes are the main way I can contribute.

Both my votes, up and down, are indications of actual beliefs and opinions about posts. Wiping out nearly half of my contributions is completely unacceptable.

The following users had at least this many contributions obliterated. As of the last datadump, there were nearly 26000 downvotes. I have verified (hey, it's friday) that at least 14000 of them are gone now.

Note, Jeff Atwood and Robert Cartaino both had their contributions removed. Also, me.

The following is a list of those who were hardest hit.

Hopefully this is just a dev bug that will be corrected and not some sly way to slip an anti-downvote policy beneath our chins.

Not like people are really afraid of downvotes are they?

If they are, they need to stop with the bad ideas and suggestions and grow a spine to smoke in their hydroponic labs.

Without downvoting as a way to temper good from bad, it's too much hippie free love that distorts the real reflection of the community's opinion.

Looking at the people affected, I can distinctly see two groups of Meta regulars with very defined ideas on several topics (even if those "groups" actually change between topics), which gives me the gut feeling that some kind of anti-mob-vote-script has been deployed, and has hit all of the Meta regulars merely because we are few and tend to fall in one of two or three groups per topic (inclusionists/deletionists, pro-cursing/anti-cursing/meh-cursing, pepsi/coca-cola, vim/emacs, C#/Java, etc.).

If this is true, I not only think that the implementation really sucks, it didn't take into account that people in small communities (Meta/obscure tags) will trigger this.

This is discouraging to say the least.

If there is another reason, the only I can think about is that Jeff wanted to give Meta a clean state of downvotes for whatever reason, or that he is preparing us to take away the downvoting mechanism form Meta, which would be a far worse mistake than whatever happened here. 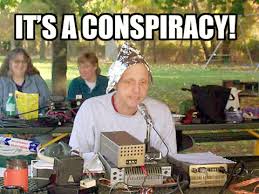 Currently (according to the API) these are the users that have downvoted the most. (Top 30) Weblog hasn't even made it onto the list yet.

Edit: Ran it again, check out the new list of top downvoters

Thankfully it was deployed on meta only (SO is on 2010.7.30.1), and I really hope it's reversible and that our precious downvotes aren't lost forever. =(

I lost all my downvotes to this, and even Jeff Atwood lost 214 downvotes.

Not the answer you're looking for? Browse other questions tagged status-completed down-votes meta bug .

33
Why are people afraid of downvotes?
8
Is SO an inappropriate venue for assembling a development team for a new project?
-4
Who is up-voting who on SO.com?
-81
Should we have a policy about "too much downvoting"?

1222
Encouraging people to explain downvotes
852
Can we have the ability to retract a close vote before it closes?
863
Allow an edit to notify downvoters: "I think I've fixed the issue now - please check"
992
Show all of my question/answers to me even if they are deleted
237
Should the weight of downvotes be increased?
203
Avoid the Streisand Effect - be clear about the reason when suspending an account
8
What is the effect of popular bad quality question in the long run?
580
We're switching to CommonMark