The new SE2.0 sites do not display correctly when using iPhone.

SO, MSO, SU & SF all look fine when using my iPhone but programmers.stackexchange.com does not.

I've attached some screen shots for your information. 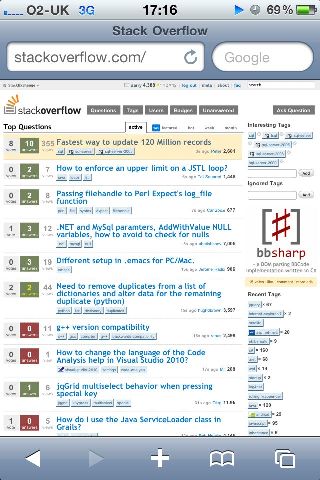 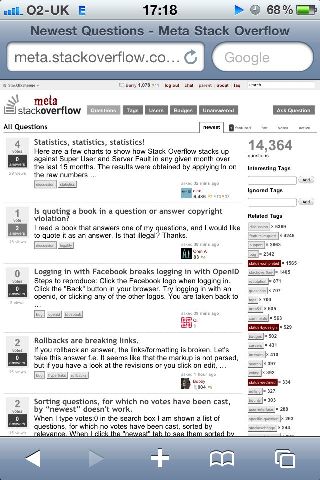 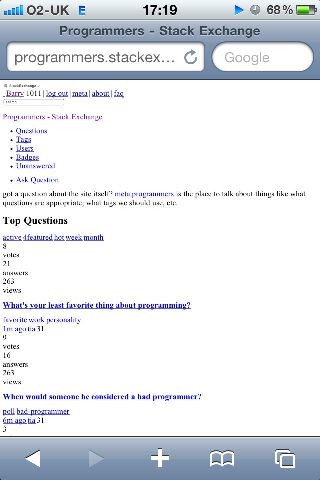 This bug only occurs when you are browsing over 3G network - if you browse connected to WiFi then it works fine. 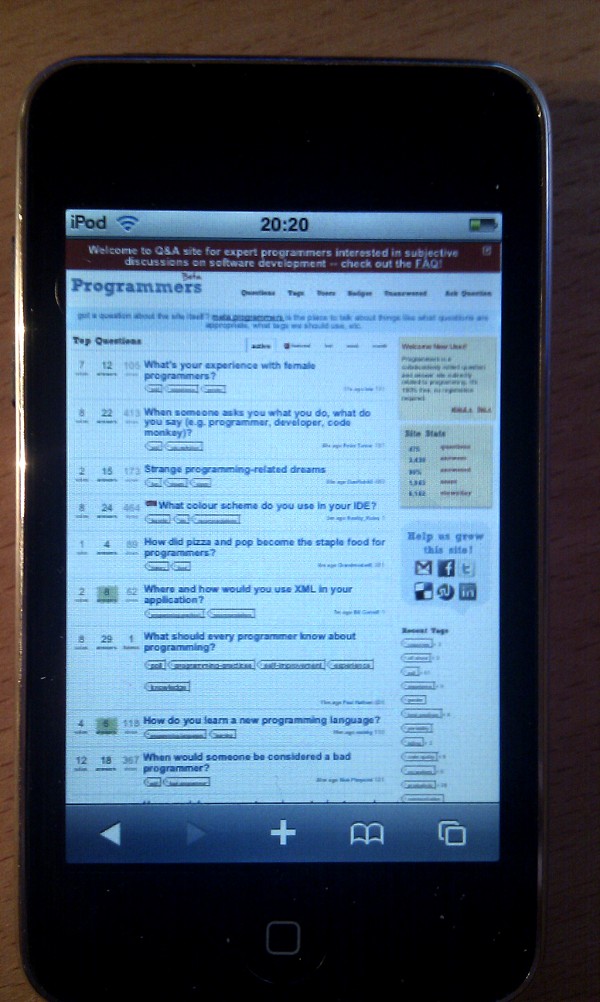 The problem is the O2 network, everything is compressed before it gets sent to the phone (finding this out annoys me quite a bit, but explains why I seemingly used hardly any data)

On anything else/Wifi connection the CSs is linked to, but when it goes through the O2 compression, it takes the CSS and embeds it directly into the page and then sends the modifed page to the iphone. Rather than the iphone downloading the CSS and then the page (or it might be the page then CSS, but that's irrelevant).

While it does this, there's either something wrong with the compression/combining, or more likely a problem with the CSS file (it's more likely because it only happens with this CSS file) and a weird dot character is added before the CSS @import which imports the sketchy theme.

Personally I can't see a clear fix for this, other than trying to swap the @import and logo style in http://sstatic.net/physics/all.css?v=3a9a10b238f0 and seeing if that fixes it, but that file for each site would also have to have the swap. But i'm sure know you have much more talented people than me on your team who could fix it properly. 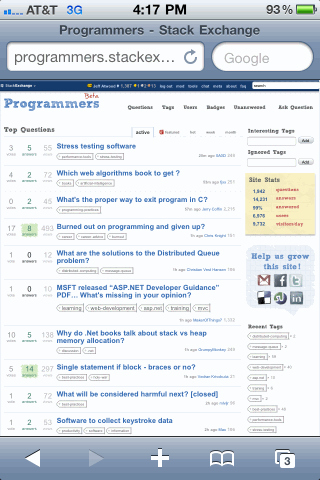 Maybe the iOS version and the device affects it? 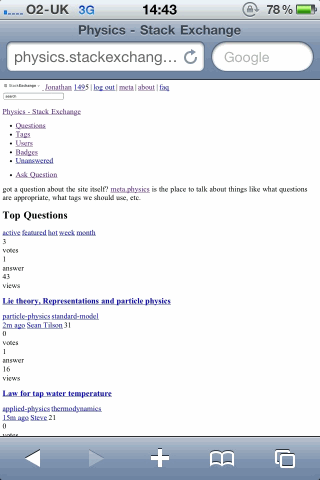 Not the answer you're looking for? Browse other questions tagged support bug status-norepro design mobile-web .

501
What HTML tags are allowed on Stack Exchange sites?
2
Autologin working sporadically?
3
Careers site score display error
8
I and B tags should be styled like EM and STRONG on mobile (beta site CSS)
5
MathJax display issues within iOS app
304
Goodbye, Prettify. Hello highlight.js! Swapping out our Syntax Highlighter
148
We are switching to system fonts on May 10, 2021